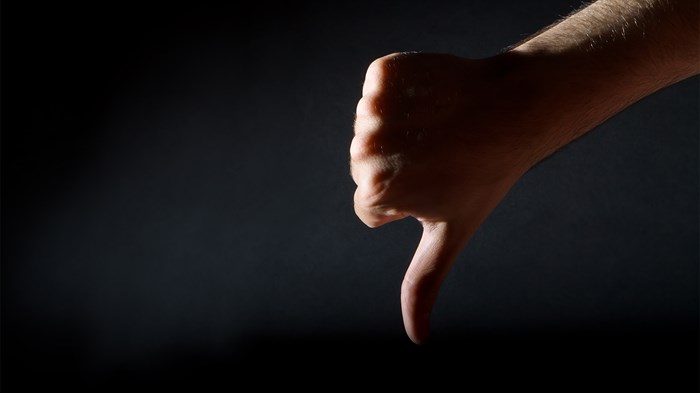 While conservative Christians have long complained about worsening societal hostility and persecution for their beliefs, there’s been little empirical evidence to gauge such claims—until now.

Sociologist George Yancey analyzed 30-plus years of data to track approval ratings for evangelical and fundamentalist Christians. His big takeaway: What has changed is not the number of Americans who dislike conservative Christians, but which Americans.

According to American National Election Studies (ANES) questionnaires, the people who rated evangelical and fundamentalist Christians most negatively over the decades have consistently—and unsurprisingly—been politically liberal, highly educated, and less religious. But in recent years, particularly 2012 and 2016, they’ve shifted to become richer.

This trend means the people pushing back against conservative Christians now have bigger budgets to bankroll their viewpoint, argues Yancey.

American evangelicals “are clearly incorrect in the notion that hostility towards conservative Christians has increased over the last few decades,” the University of North Texas professor wrote in the latest issue of the Review of Religion Research. “But if those with anti-Christian hostility have gained economic power, then Christian activists may be correct in that they now pay a stiffer price for that animosity.”

For example, when a wave of states considered Religious Freedom Restoration Act (RFRA) legislation in 2015 and 2016, major companies like Disney, Angie’s List, and Wal-Mart deemed such laws discriminatory and launched boycotts.

“There’s more explicit hostility toward Christians in some sectors of power—that is real and not imagined,” said Moore, president of the Southern Baptist Convention’s Ethics and Religious Liberty Commission. “There’s always a tendency to have a siege mentality and to imagine that people hate us, when they’re just not thinking about us at all. But I do think there are several examples where that’s the case.”

Earlier this year, the Pew Research Center reported that evangelicals were the only major faith tradition in the US whose public reputation has not improved since 2014. In the Pew survey, Americans had a more positive view of evangelicals if they had evangelical friends. But, with the rise of the “nones,” fewer evangelicals are working in—and befriending leaders in—academia, entertainment, and other spheres of influence.

“Yancey’s findings fit the culture war dynamic we saw play out in this past election,” said Alan Noble, a Christian writer who decried the evangelical persecution complex in a 2014 article in The Atlantic. “Donald Trump’s campaign framed itself as a war against elites—the kinds of people who are likely to find conservative Christian views to be backwards or bigoted.”

Especially after Trump’s election, some naysayers have challenged evangelical claims of persecution by pointing to the Republican-controlled White House and Congress. In other words, how can conservative Christians face persecution if the people so many of them voted for—and who further their political agenda—are in power?

Yancey, the only researcher studying Christianophobia at a secular university, suggests political influence may have the opposite effect, since approval levels for conservative Christians seem to drop during years when Republicans are presidents.

Though overall approval ratings for evangelicals and fundamentalists remain at about the same level they were in 1988, the groups are more politically polarizing.

Some balk at the notion that evangelicals in the US could claim persecution when so many Christians abroad risk their livelihood for their faith, as CT reported in a roundup of experts earlier this year.

“When I discuss the rise in anti-Christian hostility in the States, I avoid the ‘p word,’ and I don’t make comparisons to other parts of the world,” wrote global religious freedom expert K. A. Ellis in a 2016 column for CT. She critiques both those who would deny that Christian hostility exists in the United States, as well as those who seek it out as a measure of faithfulness.

At the ERLC, Moore aims to sift the “siege mentality” from legitimate religious liberty concerns for evangelicals. “We have a right as Americans not to be persecuted,” he said. “We don’t have a right not to be ridiculed.”

Noble, editor in chief at the site Christ and Pop Culture, suggests American evangelicals should recognize the privileges they do have, while seeking to be positive influences in fields where their reputation has slipped:

For whatever animosity we experience from “elites,” and however deeply some people may despise us for our beliefs, we still benefit from tremendous opportunities to share our perspectives in public. Remembering and taking advantage of these opportunities can do a lot towards reducing bias against us….

Moving forward, if the highly educated and wealthy are increasingly hostile towards Christians, we will need to be all the more devoted to glorifying God by creating the best articulations of our faith and values possible.

Yancey is already quite familiar with the challenges of faithful witness in hostile settings; his previous researched has focused on the challenges for evangelicals in academia and Christianophobia in the public square.