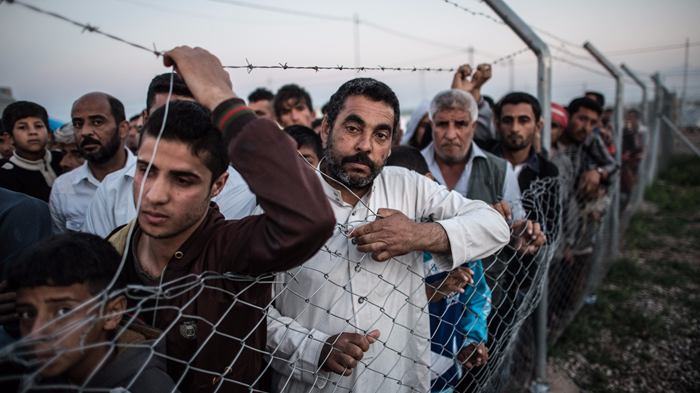 For the first time in 35 years, the United States will not take in more refugees than the rest of the world combined.

Since 1980, more than 3 million of the world’s refugees have settled in America, according to a new study released today by the Pew Research Center. That’s more than any other country in the world, in terms of resettlement (which is different than hosting people escaping conflict areas, who typically flood neighboring countries but are not officially resettled there).

“In years when more people around the globe are displaced by conflict, violence, or persecution in their countries, the number of refugees resettled by the US has increased,” researchers wrote. “But in the last few years, the number of refugees annually resettled by the US has not consistently grown in step with a worldwide refugee population that has expanded nearly 50 percent since 2013.”

The numbers reflect only the percent of refugees that are resettled, which is only a ... 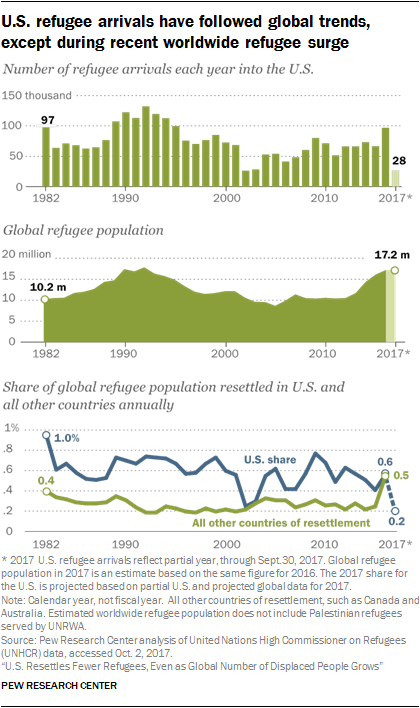