Regional leaders are still assessing how millions of Christians fared in the storm.
Kate Shellnutt
September 11, 2017 9:44 AM 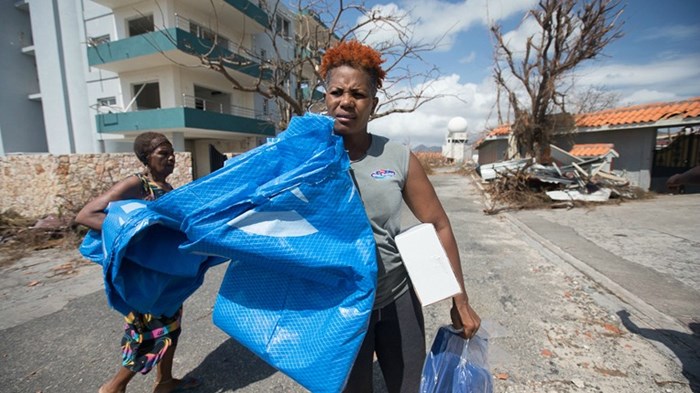 Many churches in the Caribbean islands are presumed destroyed by Hurricane Irma, the deadly storm currently making its way through Florida.

At least four churches in Antigua and Barbuda and a dozen on St. Martin were flattened by the Category 5 hurricane last week, according to Emerson Boyce, secretary general of the Evangelical Association of the Caribbean (EAC).

Boyce, who is located in Trinidad and Tobago, has struggled to reach major Christian leaders in Irma’s path to confirm the extent of the damage among the evangelical community across the Leeward Islands.

Pentecostal and Full Gospel churches are the biggest Protestant groups in the hardest-hit islands, where Christians make up 75 percent or more of the population. (There are no seminaries or Christian colleges on the affected islands; most training in the region comes out of Jamaica, Barbados, or Trinidad and Tobago.)

“I want to thank God. Despite all that’s happening globally, there is still a Christian presence in the Caribbean,” Boyce told CT this weekend. So far, 23 people in the Caribbean have died.

In the British Virgin Islands, some churches where people were taking shelter had their roofs blown off, according to mogul Richard Branson, who owns two islands in the area.

On Sunday, churches across the EAC, which represents about half of the 8 million Christians in the Caribbean, prayed for protection, safety, and relief for the victims.

Samaritan’s Purse airlifted supplies to St. Martin on Friday and will make a second trip on Monday, delivering enough supplies to help 4,000 families on the French and Dutch island of 74,000. Among the evacuees rescued by the organization was Jonathan Falwell, pastor of Thomas Road Baptist Church and son of the late Jerry Falwell, who was there on facation.

Samaritan’s Purse said in a statement:

This was a significant encouragement to the people, that somebody cared that much for them and was willing to go and help them in their time of need. We believe God has opened a unique door on St. Martin, and we want to show the compassion of Jesus Christ and bring his hope to people who are suffering.

The next storm forming in the Atlantic, Hurricane Jose, appears to be moving away from the islands already hit by Irma.

“We are hoping and praying that it decides to die,” Boyce told CT on Saturday. “We don’t know how much more we can take.”