Caribbean Christians try to offer sanctuary while working to repair their own.
Kate Shellnutt|September 29, 2017 08:45 AM 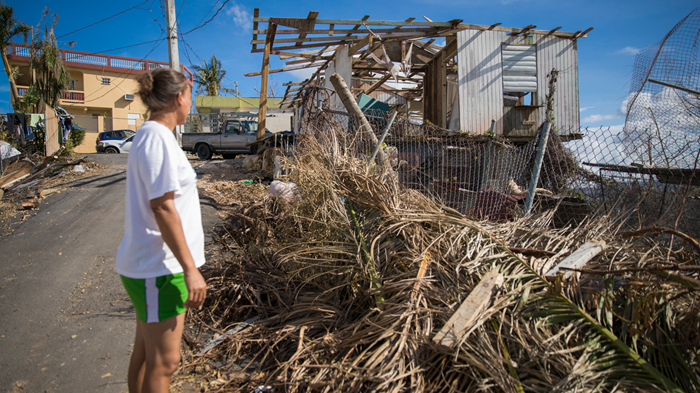 Just over a week after Hurricane Maria tore through Puerto Rico, reports are beginning to reveal its impact on the island’s Christian community, including more than 1 million Protestants.

Approximately 3,000 churches were damaged or destroyed by the Category 4 hurricane, the National Hispanic Christian Leadership Conference (NHCLC) estimated. Wanda Rolón, an NHCLC board member and one of Puerto Rico’s best-known pastors, said that she was “not aware of a single church that escaped damage or harm.”

In addition to flooding, downed trees, and buildings ripped apart by 150 mph winds, the storm cut off electricity and communications networks. The Christian TV station, CDM Internacional, as well as several Christian radio stations went off the air. A Bible distribution ministry lost its inventory when its building was hit.

Of about 90 Southern Baptist churches in Puerto Rico, so far the North American Mission Board (NAMB) has heard from a dozen, all of which suffered ...