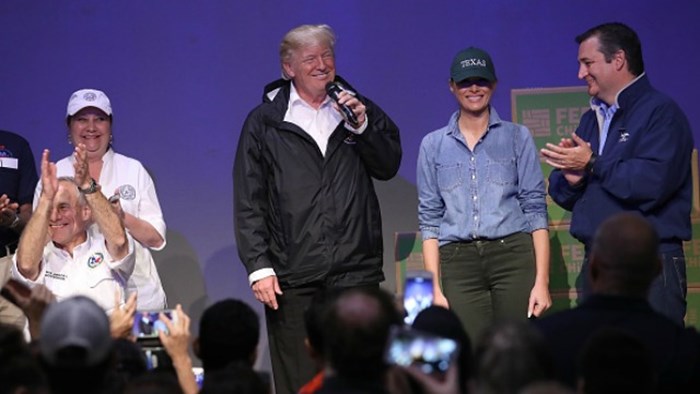 Four days after three Texas churches sued the Federal Emergency Management Agency (FEMA) for barring them from relief funding, the President took their side.

Churches in Texas should be entitled to reimbursement from FEMA Relief Funds for helping victims of Hurricane Harvey (just like others).

Becket, the religious liberty legal group representing the damaged churches, applauded his remark, saying, “It's great that the President sees that FEMA’s policy of treating churches worse than every other nonprofit is wrong.”

Jack Graham, a Trump adviser and Dallas pastor, applauded the President, but indicated some hesitancy around the case. “Christians and churches give & serve willingly but very thoughtful of the President to desire to support our work,” he tweeted.

Several have suggested that churches offer services out of a sense of charity, and not to be compensated. “Yes, there are church-and-state issues here, but here’s another question: What church would ask for federal money to do the Lord's work?” wrote John Fea, Messiah College history professor. He went on to say that churches should use their own resources to care for the needy and turn to FEMA only if they run out.

Trump donated $1 million toward Harvey relief efforts, with $100,000 going to Samaritan’s Purse, the aid organization run by Franklin Graham, another of the President’s evangelical advisers. As of last week, Samaritan’s Purse had five centers set up in churches across the Texas coast, and had gathered more than 2,100 volunteers and completed work on more than 200 homes.

The President visited the Houston area a week ago, making stops at a shelter and a Pentecostal congregation, First Church of Pearland, where volunteers were gathered. He also spent time at the White House with North American Mission Board president Kevin Ezell, who was representing Southern Baptist disaster relief efforts.

The three churches suing FEMA are hoping to hear a decision by the end of the month.