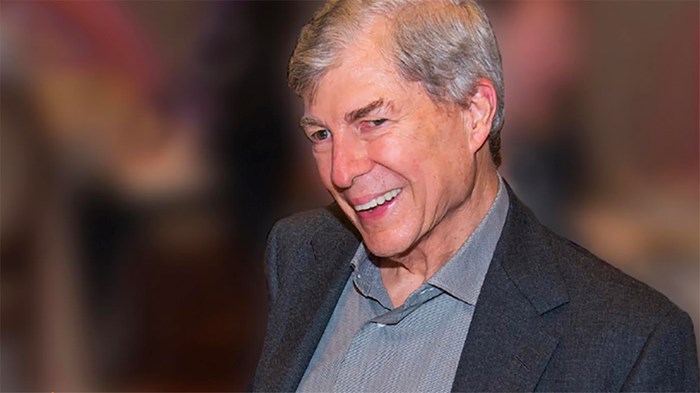 Image: Courtesy of Half Time Institute

A businessman, philanthropist, management coach, and inspirational author, the late Bob Buford worked behind the scenes to build a legacy that quietly extends to some of the most prominent figures, organizations, and megachurches in American Christianity today.

Buford, who died Wednesday at age 78, was a leader’s leader. It’s no wonder that he founded an organization simply called Leadership Network, designed to bring together Christian leaders and help them make their ministries more effective and innovative.

Buford was a friend to Peter Drucker and helped introduce the famous management guru’s thinking to the church. A Texas native and former cable TV executive, Buford was committed to serving fellow Christians in ministry, always asking, “What can we do to be more useful to you?” and happy to have his fruit “grow on other people’s trees.”

Ed Stetzer, executive director of the Billy Graham Center at Wheaton College, explains on his CT blog the impact of one of the most influential but least known chuch leaders.

Many of those who were mentored and inspired by Buford—also the founder of the Halftime Institute—also shared their tributes with Christianity Today.

I loved Bob Buford and he loved me. In the ‘80s, we became close friends through Peter Drucker who took an interest in both of us and became our mentor. Peter once told us, “Grow your fruit on other people’s trees,” and that sums up Bob’s life strategy.

For example, after attending our Purpose Driven Church training in 1990, Bob said, “Everybody needs to hear this!” so he financed 13 Purpose Driven Church seminars across America. I had every one of those pastors we trained that year—over 30,000—write Bob a personal thank-you note, and we’d mail them to him after each seminar. For 35 years, our lives were intertwined as sounding boards for each other’s ideas. I will miss him dearly.

I am grateful for the quiet, ferocious commitment to Christ and his kingdom that was embodied in Bob Buford. Bob created space for conversations about faithful disciple-making in a large church context, and The Village has benefitted extensively from that space and those conversations. His uncanny ability to gather high-capacity leaders to dream about kingdom impact was unique and will be missed.

Leith Anderson, president of the National Association of Evangelicals:

Bob Buford was wealthy and wise. Rather than keep these blessings to himself, he generously shared them with pastors, churches, businesses, and leaders across America and beyond. While he was famous to many through his life, books, and organizations, his influence for good has extended into the leadership of thousands who never met him and don’t know his name. His fingerprints of influence are everywhere, especially in the lives of pastors and the leading churches of this generation.

I have repeatedly said over the years that during his lifetime, Bob Buford perhaps influenced the local Christian church beyond all other people—and all behind the scenes. His vision for the local church and resourcing innovative, mission-minded pastors has brought about kingdom impact beyond measure. I am one of thousands of pastors whose ministry has Bob’s fingerprints all over it. I will forever be grateful.

Bob Buford was one the greatest positive influences of our generation on the North American church. Bob understood that the greatest leaders are not the show, but they create platforms for many others to stand on. Bob created platforms that profoundly influenced countless numbers of church leaders through his writing and two organizations he founded, Leadership Network and Halftime Institute. Personally, Bob was a mentor, taught me what it meant to be a hero maker, and would often say, "Dave, my fruit grows on other people’s trees." Bob Buford finished well.

Bob Buford was one of the great Christian leaders of this half century, whose fruit grew on other people’s trees. Though unknown by many Christians in the pew, he was known, loved, and appreciated by pastors, particularly those of us who have the privilege of leading so-called megachurches.

Rather than using us, he resourced us with knowledge and experiences we would have never gained on our own. Better yet, he introduced us to one another, creating greater unity in the body of Christ and allowing iron to sharpen iron so that all of us could fly a little bit higher. As he met his Lord, I know he heard, “Well done, thou good and faithful servant.” I am incredibly thankful for the impact he had upon my life and ministry.

No one believed in me more and expected less in return than Bob Buford; he only wanted me to bear much fruit. When Bob lost his son, he became a father to hundreds of other sons and daughters in the form of pastors and business leaders whose lives and ministries he spoke into.

People look at Bob as a businessman who used his money to advance the kingdom, but he was much, much more than a businessman. He was an intellectual and social entrepreneur that saw how things worked together and could function in multiple spheres at once, leveraging them all. From starting churches in the US to working globally in the way that I do, he was a part of all of it, and was always there to encourage and cheer me on. I will miss him deeply.

Bob Buford believed in me before anyone else. He saw potential and not problems, a preferred future rather than a checkered past. The Life Journal used by thousands of churches today came to reality because of Bob’s investment long ago. I am forever grateful to Bob for his influence on my life and ministry.

I had the honor of meeting Bob Buford and serving his vision of developing leaders on multiple occasions. I was always impacted by two things: his ability to see the invisible—he saw the large church movement and a new style of leadership that was emerging—and his selfless love for the capital-C Church. Bob will not only be remembered, he will be missed. May his tribe increase.

Bob was a mentor and friend to my late husband Greg, together they co-founded The Halftime Institute. Greg would say that Bob helped form him more than any other single human on earth, outside of his dad. Thanks to Bob, my husband’s faith matured and became life-giving. Greg would never have been the man he was at the end of his life, saying “yes” to everything God called him to, if it weren’t for crossing paths with Bob.