Kirbyjon Caldwell has used business as an extension of his Houston ministry for decades. Now, a Chinese bonds deal has gotten him in trouble with the SEC.
Kate Shellnutt|April 2, 2018 01:28 PM 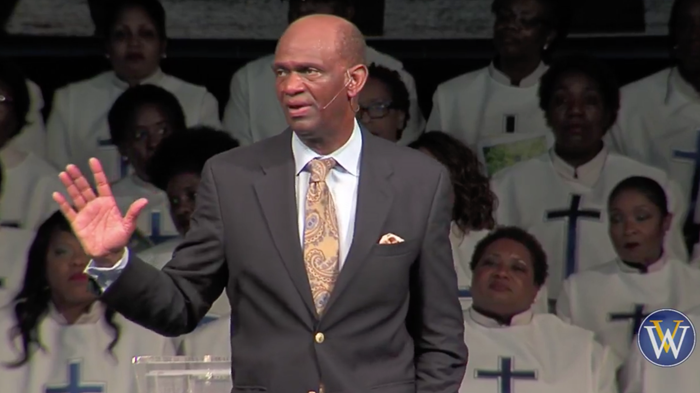 Thousands of worshipers at a Methodist megachurch in Houston didn’t expect to hear from their pastor’s lawyer on Easter morning.

The special guest dropped in to speak days after Kirbyjon Caldwell—a prominent Texas pastor and former spiritual adviser to presidents George W. Bush and Barack Obama—was charged with more than a dozen crimes in an alleged fraud scheme.

The Securities and Exchange Commission (SEC) alleges that Caldwell and his financial planner misled investors out of $3.5 million through the sale of shady Chinese bonds. Caldwell maintains his innocence and plans to fight the charges.

About halfway through the almost two-hour Easter service, Dan Cogdell, Caldwell’s legal counsel, paced the stage in front of the white-robed choir and shouted to the cheering congregation, “I ...