Sociologists: The sick and poor are more likely to seek blessings through Bible-reading.
Rebecca Randall|December 21, 2018 09:00 AM 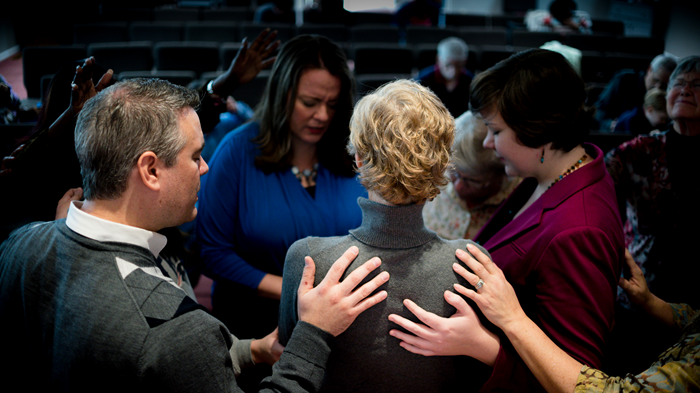 One of the most common suspicions around the prosperity gospel is that it takes advantage of the sick and poor by overstating promises of blessings that may not come.

New research suggests that Americans with poor physical health and low socioeconomic status are particularly inclined to look to the Bible for insights into attaining “health and wealth”— an aspect of prosperity gospel teaching—even though doing so often ends up making them feel worse.

“At first glance, it might seem unsurprising to learn that people who experience certain deprivations and stressors are more likely to turn to scripture for relevant guidance,” wrote sociologists Reed DeAngelis, John Bartowski, and Xiahe Xu in the Journal for the Scientific Study of Religion.

“Taken together, our analyses indicate that certain disadvantaged segments of the U.S. population may be turning to scripture strictly as a personalized quest for meaning and self-help and to the exclusion of other forms of religious study,” the researchers reported in a study released this week.

According to the analysis, about 2 in 10 Bible-readers turned to Scripture for health insights and 3 in 10 for wealth insights.

Overall, evangelical Protestants and black Protestants were more prone to a “health and wealth” approach to the Bible, as were Americans with higher religious involvement.

While religious activity in other contexts has proven a helpful coping mechanism, researchers found this directed approach to Scripture can make people feel even worse.

“Our analyses suggest that reading scripture for insights into attaining health and healing exacerbated the adverse effects of poor self-rated health on depressive symptoms, a finding consistent with an emergent literature on the ‘dark side’ of religious and spiritual coping,” they wrote.

Another recent study showed the opposite—that people who read the Bible are less likely to have diminished hope during stressful life events—but only looked at frequency of reading rather than the approach or motivation for turning to the text.

For example, the authors write:

On the topic of health and well-being, the Bible features a host of scriptures that seem to characterize wellness as a blessing from God for righteous living (e.g., Proverbs 3:7–8, 14:30).

Thus, while it is possible that people facing serious health threats could find comfort in passages that indicate God’s sovereignty in health matters, it is also possible that consulting scripture could trigger episodes of self-blame for presumed unrighteousness, as indicated in such Bible passages as Exodus 23:25.

They go on to say, “The question of valid interpretations is another matter altogether, but the point is that preconceived ideas, commonly rooted in personal experiences, are required for a process of understanding to even begin.”

The researchers questioned topical Bible studies, such as series around financial management, health, or emotional fitness, which appeal in particular to people struggling with money or physical wellbeing.

“Could church leaders offer these parishioners certain interpretations of scripture that are less likely to trigger psychological distress, and perhaps even facilitate productive coping skills in the face of poor health or financial troubles?,” DeAngelis asked.

Because the study was confined to the US population, researchers noted that cultural biases around individualism and social welfare also contribute to respondents’ approaches.

While this study looks only at Scripture reading, other scholars have explored other cultural factors and motivations around prosperity gospel theology. American optimism and longing for blessings has driven the prosperity gospel into mainstream popularity, Duke Divinity School scholar Kate Bowler wrote in her 2013 book Blessed.

This year, LifeWay Research noted that a significant portion of Christians expect the Lord to bless them in response to their actions, such as the 38 percent of Protestant churchgoers who say their congregation teaches that they will be rewarded for their tithing and charitable giving.

“A number of high-profile evangelical leaders have condemned the prosperity gospel,” said Scott McConnell, executive director of LifeWay Research, in response to the findings. “But more than a few people in the pews have embraced it.”

Why a ‘Health and Wealth’ Approach to Scripture ...