Even the “most restrictive” abortion laws—like one vetoed this week in Ohio—may now have a place in incrementalist strategy.
Sarah Eekhoff Zylstra|December 28, 2018 08:00 AM 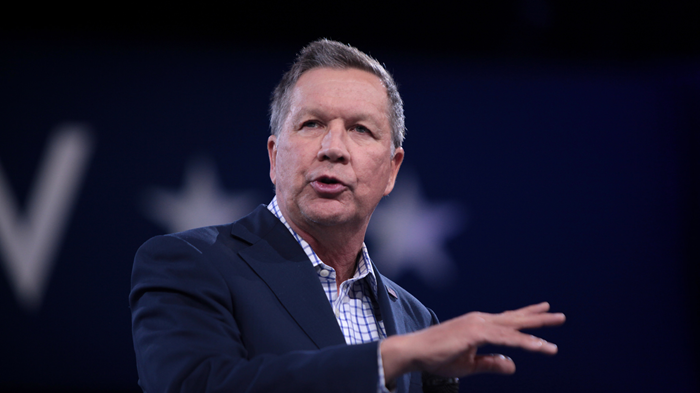 Two years ago, Ohio Governor John Kasich had the support of the state’s biggest pro-life group when he vetoed a bill to ban abortion after about six weeks, once an unborn baby’s heartbeat is detectable.

The organization wanted to see the state legislature override his decision. Though lawmakers failed to do so yesterday, ORTL plans to lobby his successor to sign the ban, considered the most restrictive abortion policy in the country, into law.

What changed over the past few years to prompt their new stance? In short, the Supreme Court.

For years, the pro-life movement has taken on different tactics toward a shared goal of eliminating abortion. ORTL adopted a “strategic incremental approach,” at times supporting more feasible abortion regulations—such as the ban on abortions after 20 weeks Kasich signed in 2016, or the ban on “dismemberment abortions” he signed this year—over more restrictive legislation that risked being turned down in the courts.

Kasich defended his veto with nearly identical wording last week as he did two years prior. “As governor I have worked hard to strengthen Ohio’s protections for the sanctity of human life, and I have a deep respect for my fellow members of the pro-life community and their ongoing efforts in defense of unborn life,” the outgoing Republican stated.

But the ban runs “contrary to the Supreme Court of the United States’ current rulings on abortion,” he said, referring to Roe v. Wade, which allows for the abortion of any child not viable outside the womb.

Back in 2016, ORTL president Mike Gonidakis agreed with Kasich’s assessment of the potential legal challenges, saying:

Given the current makeup of the United States Supreme Court, Governor Kasich got it right by embracing the strategic incremental approach to ending abortion. The current pro-abortion Supreme Court was given the opportunity on two occasions in 2016 to address heartbeat legislation, and both times refused to hear the case allowing the lower court’s ruling to stand. Both of those states’ heartbeat laws have been ruled unconstitutional, never took effect, and saved not one unborn life.

But this year, the organization was quick to point out that the bench is different now. “As we look forward, Ohio Right to Life believes that it is now time to embrace the heartbeat bill as the next incremental approach to end abortion in Ohio,” said Marshal Pitchford, chairman of the ORTL board of trustees.

After years of taking a neutral stance on the policy, “we are now prepared to support our partners in Ohio’s pro-life movement to enact the heartbeat bill,” he said on Thursday. “With the additions of Justices Gorsuch and Kavanaugh to the US Supreme Court we believe this is the most pro-life court we have seen in generations. Now is the time to pursue this approach.”

The strategic shift by ORTL, the state chapter of America’s largest and oldest pro-life group, the National Right to Life Committee (NRLC), aligns them with fellow pro-life voices that argued for heartbeat bills on principle even when the court makeup was less favorable.

One of the most vocal critics of Kasich’s earlier veto was James Dobson, president of Family Talk and founder of Focus on the Family.

“This was a cowardly and shameful action,” Dobson said in 2016. “[T]here is a growing movement to finally reject the barbarism of abortion and to fully protect the rights of the unborn. This bill was an important step in that direction, and we mustn't be silent in response to the governor's action.”

The 20-week-ban “may actually be a bigger threat to the pro-choice movement—a ban on abortion after 20 weeks, with no exceptions for rape, incest, or fetal anomaly, and only very limited exceptions for a woman’s health,” wrote Emily Crockett for Vox.

“Even if Kasich has let the six-week ban become law, it would have had no chance of surviving the inevitable, immediate court challenge that would follow,” she wrote. “But the 20-week ban might survive in court, and could eventually be taken up by the Supreme Court. And if it did, it would directly challenge Roe v. Wade.”

With its “fetal pain” law, Ohio joined 12 other states that have banned abortion after 20 weeks—technically, a few weeks before the viability deadline. The laws lean on the idea that unborn children are capable of feeling pain at 20 weeks. This week, it became the 10th state to ban abortion through a procedure known as dilation and evacuation or “D&E.”

No state has successfully implemented a ban as early as Ohio’s heartbeat law, which would be the most restrictive abortion policy in the country if adopted by the next administration.

The incremental approach to stopping abortion has been effective—231 abortion restrictions were enacted in 27 states from 2011 to 2014, according to the Guttmacher Institute. The abortion rate in the United States is now the lowest since Roe v. Wade was decided in 1973. Last month, the Centers for Disease Control reported that abortions fell 24 percent from 2006 to 2015.

Pro-lifers on various levels have disagreed over whether to continue relying on incrementalism or to take stronger moral stands on abortion regulations. When the pro-life “born alive” bill—protecting babies who survive abortion attempts—passed in the US House of Representatives a year ago, some advocates were disappointed the legislature hadn’t taken up a less popular national heartbeat bill.

The Christian group Operation Rescue had blamed NRLC for supporting the born-alive bill over the heartbeat bill, calling it “the one obstacle standing in the way of protecting nearly a million children” and “no greater betrayal of innocent blood since Judas.”

Tobias previously praised the US House of Representatives for passing the Pain-Capable Unborn Child Protection Act in 2013. Meanwhile the flagship pro-life group, which counts more than 3,000 chapters in all 50 states, jettisoned Georgia Right to Life for encouraging state senators to vote against the bill because it contained exceptions allowing later abortions in dire circumstances.

Some, including CT, argue that instead of contested medical findings, resistance to abortion should be based on the inherent dignity of the personhood of the child.

“If we have any historical memory, we know science is a fickle handmaiden,” wrote former CT managing editor Katelyn Beaty.

“We don't wish this to be true, but research may soon confirm that unborn babies can't experience pain until much later in development. Meanwhile, abortion providers could find ways to perform ‘pain-free’ abortions. Of course, in these cases we would still vehemently oppose the abortion, because we believe it takes a life, not just a life that feels pain.”

Similarly, as CT reported earlier this year, some doctors challenge the existence of a heartbeat as a measure of viability for the pregnancy.

Following the Ohio legislature’s failure to override Kasich’s veto, “Ohio Right to Life is prepared to support the current pro-life organizations working tirelessly to pass the heartbeat bill during the next General Assembly in 2019,” the group stated.

“We will partner with Greater Toledo Right to Life, Cleveland Right to Life, Right to Life of Greater Cincinnati and others to get the heartbeat bill to Governor-elect Mike DeWine’s desk. We make this public commitment today.”