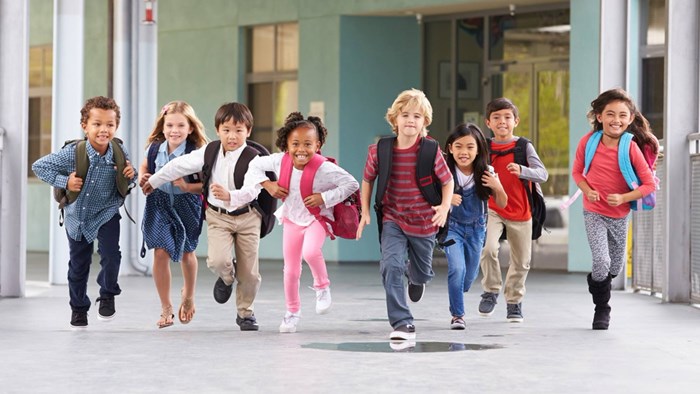 Parents now have another way to save for Christian school tuition—and this one comes with tax benefits.

Thanks to the GOP-led tax reforms, the 529 college savings vehicle—so named for the relevant section of the Internal Revenue Code—can now also be used to save money to pay tuition at any “elementary or secondary public, private, or religious school.”

CT spoke to George Tryfiates, director for government affairs at the Association of Christian Schools International (ACSI), to find out how it works. His office worked for months on this small section of the tax bill by visiting legislators, joining coalitions, and generating almost 9,000 calls to Congress, President Donald Trump, and Vice President Mike Pence from the ACSI community.

How did this come about?

Trump made such a priority of parental choice in education during his campaign that, immediately after his election, people began working on school choice proposals in earnest. All the ideas people have had over the years—education savings accounts, Title 1 portability, tax credit scholarships—got new life. So did expanding the 529 savings accounts.

The 529 savings plans were created by a federal law but are administered by the states, so the benefits can be twofold—in other words, from both federal and state taxes (depending on the state).

Parents create and put money into a 529 account, which is then invested in stocks and bonds, more like a 403(b) or a 401(k) than a bank savings account. They can select their level of risk: perhaps choosing a plan that invests in higher-risk options with higher rates of return for a child in first grade, then switching to safer options such as bonds as a child gets closer to college.

While the initial investment is taxed normally—through payroll taxes—the federal government doesn’t tax the growth parents see on their 529 funds (unlike bank interest or other investments, which count as income and are taxed).

As a second—and often larger—benefit, 34 states (and Washington DC) add their own incentives. This is usually a tax credit or deduction on the amount contributed. [A list of benefits by states can be found here.]

One example is Pennsylvania, which has an especially generous plan. It’s one of five states that allow residents to invest in a 529 plan in another state and still receive state income tax benefits. So if you’re a Pittsburgh grandma, and your grandchildren live in Virginia, you can open a Virginia 529 for them and enjoy a Pennsylvania state tax deduction.

Before the new tax law, the saved 529 money could be used only for qualified higher education expenses such as college tuition, room and board, and books.

How did the new law change things?

Expanding to cover K–12 education was a natural, logical step. The tax plan says that the federal government will extend this benefit—not taxing the growth of the saved money—down to the primary and secondary level. So parents can begin saving as soon as a child is born, and can now use the money for elementary and high school expenses in addition to college costs.

However, some state laws may not automatically follow the new federal expansion to K–12. Some states may decide to limit their benefits to college expenses only. Extending the benefits could cost the states extra money. On the other hand, every child the state is not educating in the public school system represents a significant savings. (Spending ranges from $6,575 per pupil per year in Utah to $21,206 per pupil per year in New York.)

In addition, states use contribution caps, deduction caps, and specified expenses to protect themselves. In the case of Virginia, the maximum exposure the state has is a $4,000 deduction a year, which is a very small amount for the state, but a very large amount to the taxpayer.

If I pay tuition at a Christian school, how can I take advantage of this?

Will we see an increase in Christian school students because of this change?

We might. It will certainly make tuition payments a little easier for those who already pay them, and may make it more affordable for those who aren’t yet able to swing a Christian education. But the change probably isn’t large enough to bump up enrollment at Christian schools as much as tax credit scholarships, education savings accounts, or voucher programs can.

When it comes to education, there is more than one approach to human flourishing. People who make a priority of Christian education believe in that approach to human flourishing. At ACSI, we want the most freedom of school choice—the greatest diversity of options. The growing expansion of different options the states have implemented has been exciting to see. So many programs are helping low-income and working families. And I think the 529 change can help working families save even more. It’s a big step in the right direction.

Christian Parents and Schools Have 529 Reasons to ...