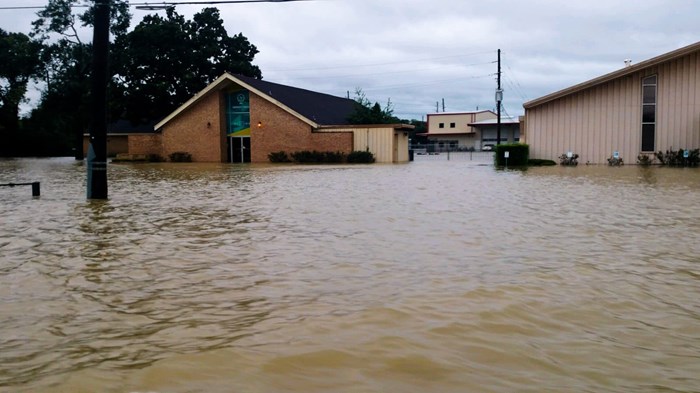 Churches suing the US government for funds to rebuild after Hurricane Harvey received some good news at the start of 2018: The Federal Emergency Management Agency (FEMA) has revised its policies to make churches eligible for federal assistance following a disaster.

In the very first line of the 200-page-plus guide for FEMA’s public assistance program, the agency explicitly clarifies its new stance welcoming churches and other religious facilities that offer public services.

“Private nonprofit houses of worship will not be singled out for disfavored treatment within the community centers subcategory of [public assistance] nonprofit applicants,” wrote Alex Amparo, assistant administrator of FEMA’s recovery directorate.

FEMA cites last year’s major US Supreme Court ruling in Trinity Lutheran Church of Columbia v. Comer, in which the high court decided that a church could not be deemed ineligible for a public benefit (in that case, grant funding to resurface a playground) solely due to its religious nature.

“In light of the Trinity Lutheran decision, FEMA has considered its guidance on private nonprofit facility eligibility and determined that it will revise its interpretation of the aforementioned statutory and regulatory authorities so as not to exclude houses of worship from eligibility for FEMA aid on the basis of the religious character or primarily religious use of the facility,” states the new 2018 policy.

Because FEMA’s public assistance program is offered to organizations providing public services, it has previously deemed religious facilities—along with political, athletic, vocational, and academic buildings—to be ineligible. It specifically barred organizations that sponsor “religious activities, such as worship, proselytizing, religious instruction, or fundraising activities that benefit a religious institution and not the community at large.”

Their case is pending before the Fifth Circuit Court of Appeals in New Orleans as well as the Supreme Court, but the church’s legal counsel is celebrating Tuesday’s development.

“By finally following the Constitution, FEMA is getting rid of second-class status for churches,” said Daniel Blomberg, an attorney with Becket, a leading legal group that defends religious liberty. “We will watch carefully to make sure that FEMA’s new policy is implemented to provide equal treatment for churches and synagogues alongside other charities.”

“Just like charities, houses of worship that serve our communities and are impacted by natural disasters like Hurricanes Harvey and Irma should not be disqualified from disaster assistance simply because they are religious in nature,” stated Sen. James Lankford, an Oklahoma Republican and Southern Baptist pastor. “I’m pleased that FEMA is taking this important step to include houses of worship into its list of eligible entities for aid.”

Charles Stoker—pastor of Hi-Way Tabernacle, one of the Texas churches that sued—said he was relieved that “FEMA will start treating us like other charitable groups.” Within a week of Harvey, Stoker’s church housed dozens of displaced Texans and distributed 8,000 FEMA emergency meals.

The new guidelines add “houses of worship open to the general public” as an example of eligible facilities, and remove religious descriptions from the lists of exclusions.

The revisions follow Supreme Court Justice Samuel Alito’s request that FEMA respond to the Texas churches, according to Becket. President Donald Trump, who visited Houston-area churches in the wake of the hurricane, had previous backed the congregation’s case, tweeting, “Churches in Texas should be entitled to reimbursement from FEMA Relief Funds for helping victims of Hurricane Harvey (just like others).”

FEMA’s policy also opens the public assistance program to other houses of worship, including a pair of synagogues that sued after they were flooded by Hurricane Irma.