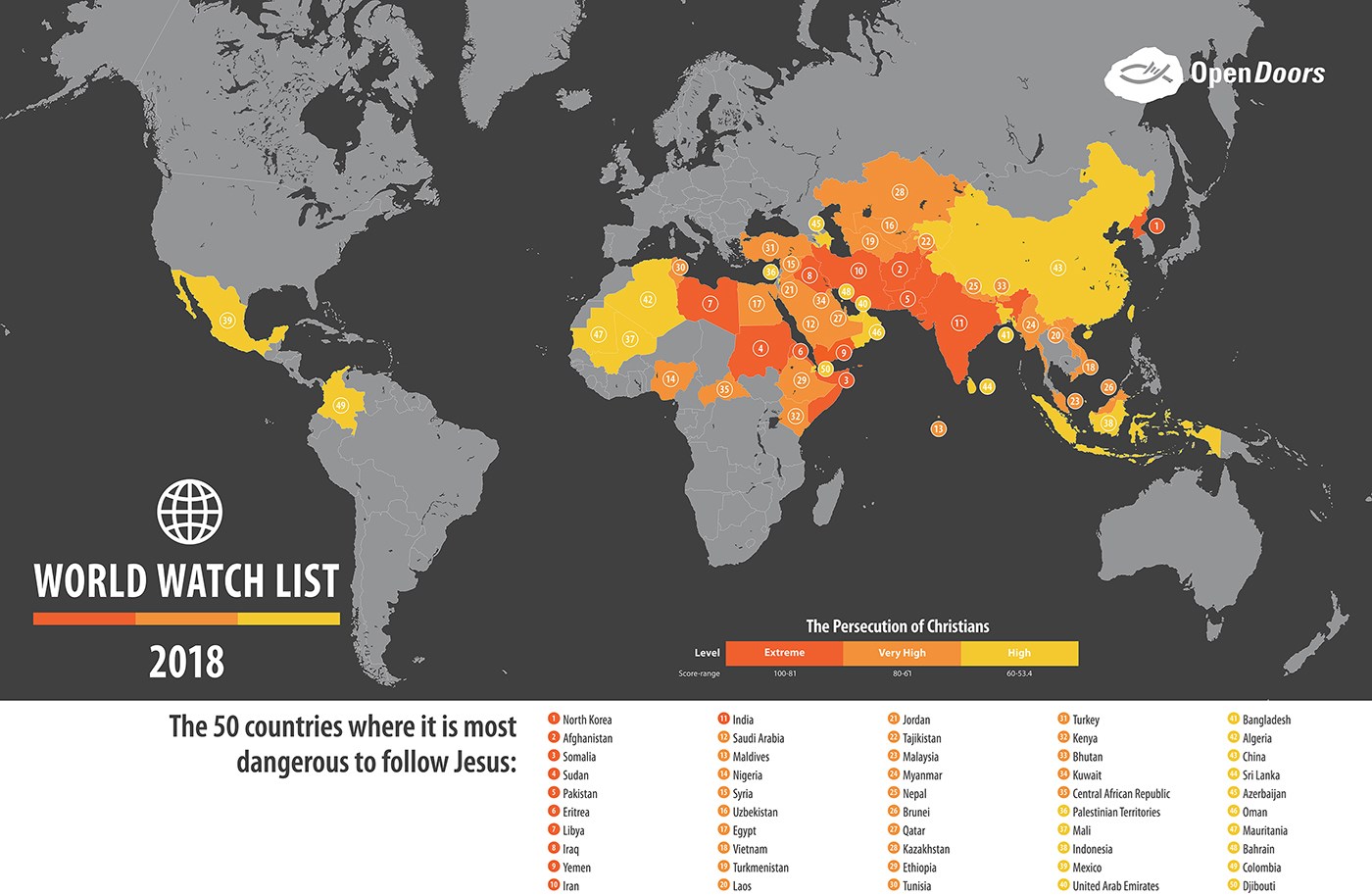 If trends continue, North Korea will no longer be the world’s worst persecutor of Christians.
Sarah Eekhoff Zylstra|January 10, 2018 09:00 AM
Image: Open Doors
The Top 50 Countries Where It’s Most Dangerous to Follow Jesus ...

Editor’s note: The 2022 World Watch List has been released, and CT offers results and analysis in 10 languages.

For decades, North Korea has clearly been the world’s worst persecutor of Christians. But now, another nation nearly matches it.

Open Doors released today its 2018 World Watch List (WWL), an annual ranking of the 50 countries where it is most dangerous to follow Jesus. Approximately 215 million Christians now experience high, very high, or extreme levels of persecution; that means 1 in 12 Christians live where Christianity is “illegal, forbidden, or punished,” according to Open Doors researchers.

Kim Jung-un’s country hasn’t moved from the No. 1 spot on the list for 16 years in a row. “With more than 50,000 in prison or labor camps, such a ranking is little surprise for the totalitarian regime that controls every aspect of life in the country and forces worship of the Kim family,” Open Doors reported.

But rivaling it this year is Afghanistan, which ranked No. 2 by less than a point. North Korea’s total score was 94 (on a 100-point scale), pushed above Afghanistan’s 93 by a 0.6 difference in their violence rating. In the other five categories measured—private life, family life, community life, national life, and church life—both countries received the worst scores possible.

“Never before have the top two countries been so close in incidents,” Open Doors USA president and CEO David Curry stated. “Both countries are extreme in intolerance and outright persecution of Christians in every area Open Doors monitors.”

The rising persecution in Afghanistan “is a tragedy considering the efforts being made by the international community ...

The Top 50 Countries Where It’s Most Dangerous to ...