Survey finds most Protestants believe God wants them to prosper financially. But views diverge on whether they must tithe to receive it.
Bob Smietana - Facts & Trends|July 31, 2018 10:30 AM 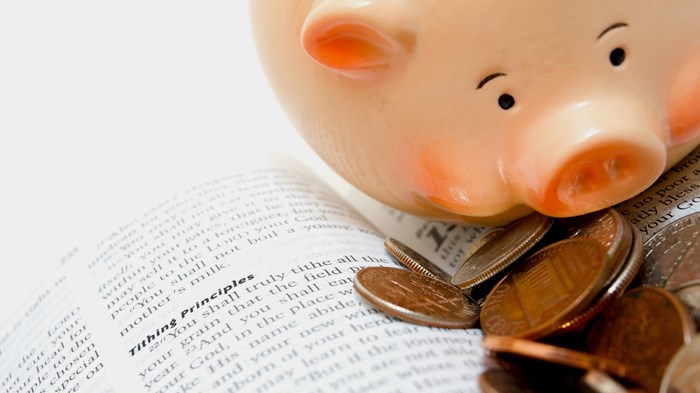 For some Americans, dropping a check into the offering plate at church is a bit like having a Discover Card.

Both offer a cash-back bonus.

About a third of Protestant churchgoers say their congregation teaches that God will bless them if they donate money.

Two-thirds say God wants them to prosper. One in 4 say they have to do something for God to receive material blessings in return.

Those are among the key findings of a new study on “prosperity gospel” beliefs from Nashville-based LifeWay Research, which surveyed 1,010 Americans who attend a Protestant or nondenominational church at least once a month.

“A significant group of churches seem to teach that donations trigger a financial response from God,” said McConnell.

The belief that God gives financial rewards in exchange for offerings is a central part of the so-called prosperity gospel, which offers a “direct path to the good life,” as Duke professor Kate Bowler puts it.

That belief is both controversial and fairly commonplace.

LifeWay Research found 38 percent of Protestant churchgoers agree with the statement, “My church teaches that if I give more money to my church and charities, God will bless me in return.” Fifty-seven percent disagree, including 40 percent who strongly disagree. Five percent are not sure. 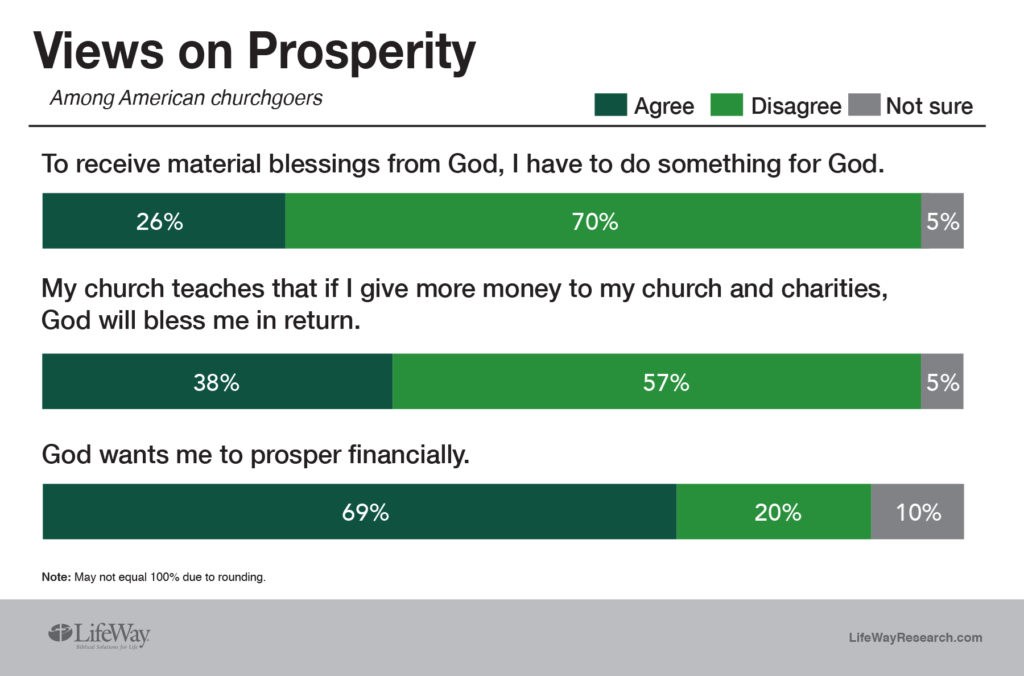 Even if they don’t see a direct link between offerings and blessings, many churchgoers say God wants them to do well.

Sixty-nine percent agree with the statement, “God wants me to prosper financially.” Twenty percent disagree. Ten percent are not sure.

Lutherans, however, are more skeptical. Just under half (49%) say God wants them to prosper financially.

Some churchgoers draw a direct tie from their actions to God’s blessings.

One in 4 (26%) agree with the statement: “To receive material blessings from God, I have to do something for God.” Seventy percent disagree. Five percent are not sure.

Pentecostal/Assemblies of God churchgoers (34%), Methodists (29%) and Baptists (28%) are more likely to say they have to do something for God to get a material reward than other denominations. Lutherans (12%) are less likely.

A previous LifeWay Research study on American theological views found similar results. In that study, 1 in 4 Americans said they believe God will always reward true faith with material blessings. Americans who hold evangelical beliefs were most likely to agree with that statement.

McConnell said evangelicals appear to be to the most eager to embrace a link between God’s financial blessings and their actions.

“A number of high-profile evangelical leaders have condemned the prosperity gospel,” he said. “But more than a few people in the pews have embraced it.”