How the evangelist’s online memorial continues to preach the gospel.
Kate Shellnutt
March 27, 2018 9:34 AM 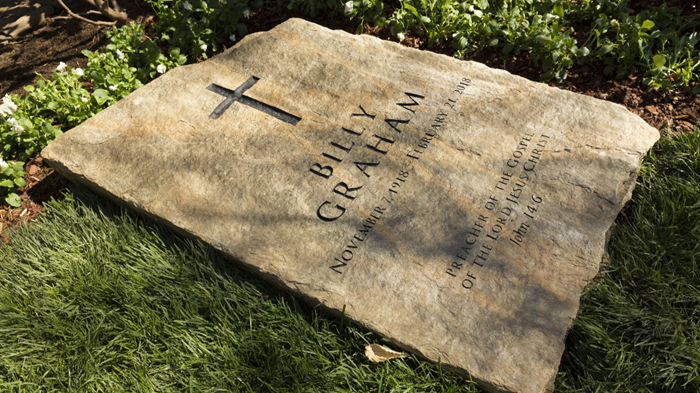 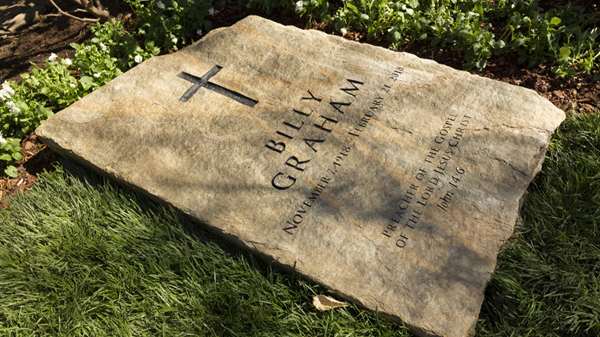 Earlier this month, Billy Graham was buried in a funeral deemed his “last crusade.” Yet the evangelist has continued to draw thousands to convert to Christ.

Graham’s ministry partners saw the global media attention following his passing on February 21 as a chance to showcase the gospel message that defined his life. They’ve included explicit calls to accept Jesus in their tributes, praying that more would come to follow him through Graham’s death.

More than 1.2 million have visited BillyGrahamMemorial.org in just a month, according to the Billy Graham Evangelistic Association (BGEA). The online memorial features a link to a site with a clip of Graham inviting crowds at his crusades to make a decision for Christ, followed by a list of steps for online visitors who want to pray to accept Jesus as their Savior.

More than 113,000 have visited that site, StepstoPeace.org, in the month since Graham’s death, and 10,500 indicated they prayed to either profess faith for the first time or to renew lapsed faith, according to the BGEA.

The page outlines Graham’s simple presentation of the gospel, summarizing the Bible verses that point to God’s love for us, our separation from him, Christ’s sacrifice, and our response. At the end, visitors are invited to admit their sin, repent, believe, and pray to receive Jesus as Lord and Savior.

Those with questions can chat live with online coaches through the BGEA. If they do make a decision for Christ, they’re offered additional resources about Christian living and a directory to find a church in their area.

“Are you searching for the kind of peace in your life that Billy Graham preached about throughout his whole life?” the site asks. “We have chat coaches standing by who would love to talk with you about receiving that Peace.”

Steps to Peace resembles the online evangelism sites that are responsible for the bulk of the BGEA’s decisions for Christ over the past several years.

As Christianity Todayreported in 2015, the web has been a fruitful frontier for evangelistic ministries like the BGEA, which sees the equivalent of one successful Graham crusade per day online; while its in-person events draw conversions in the thousands, online outreach draws in millions.

More than 10 million people, or 5,000 per day, have clicked to pray for salvation on the BGEA site PeaceWithGod.net since it launched in 2011. An online ticker tracks decisions for Christ made in real-time around the world.

The challenge, as CT reported, is whether discipleship can also go digital.

The Billy Graham Memorial site has also had strong global appeal so far; a representative said it’s drawn visitors from 228 countries and territories.

On Facebook, 1.8 million watched a livestream of Graham’s March 2 funeral. His son, BGEA president Franklin Graham, included in his eulogy a call to accept Christ, and the Facebook post linked to the Steps to Peace site.

“Are you saved? Are you forgiven? Are you trusting Jesus as your Savior and following him as your Lord?” the younger Graham asked. “If you’re not sure, there’d be no better time than right now at Billy Graham’s funeral to settle this right now—and for eternity.”

Over Billy Graham’s lifetime, 3.2 million people responded to invitations to follow Christ at his 400-plus crusades.

Graham’s colleagues and followers prayed that the funeral itself and coverage by hundreds of reporters in attendance would lead more people to believe the gospel message the late evangelist preached—across the globe and across media formats—for decades.

Not only has the Internet provided an answer to those prayers, so has satellite radio. SiriusXM dedicated a channel to Graham’s preaching, which will air through April 3, a few days after Easter. The BGEA began hearing reports of decisions for Christ made by SiriusXM listeners less than a week after Graham’s death.

The April issue of Christianity Today is dedicated to the life and legacy of Billy Graham, who founded the magazine in 1956.