Critics accuse American Bible Society of being too restrictive with its corner of the internet.
Kate Shellnutt|March 27, 2018 08:00 AM 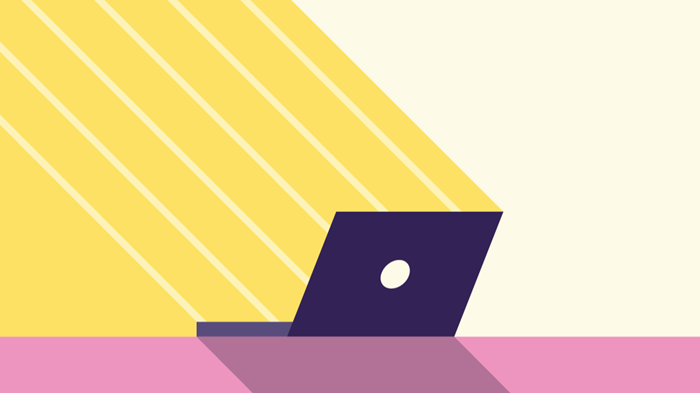 Ongoing net neutrality debates reveal the tensions between the Internet’s open-source, free access ideals and the commercial or private forces behind the web. The debate extended into the internet’s officially biblical realm—the .bible domain—in a recent dispute over its faith-based standards.

Some Bible scholars accused the American Bible Society (ABS) of unfairly restricting use of the top-level domain, which it secured a contract to run as an administrator back in 2013.

The year before, the Internet Corporation for Assigned Names and Numbers (ICANN) opened up thousands of possible new web endings, called top-level domains, and asked interested entities to submit an application—and a $185,000 fee. Beyond the typical .com, .org, and .edu, these branded top-level domains allow for punchier marketing and unique URLs.

Plenty of the top-level domains, even ones with Christian crossover, ended up going to secular corporations. The tech-savvy Oklahoma megachurch then known as LifeChurch.tv applied to run the .church domain, but got beat out by Donuts Inc., a major domain name registry. It still changed its URL and name to Life.Church, but doesn’t serve as the registry operator for fellow .church sites. Donuts also owns .community, .care, and .life, the extension used by the Southern Baptist Convention’s Evangelicals for Life conference (evangelicals.life).

ABS, though, had no competition for .bible and, in partnership with several other Christian organizations, became the entity in charge of registering .bible websites, a task that it said follows its 200-year mission to promote Bible engagement. 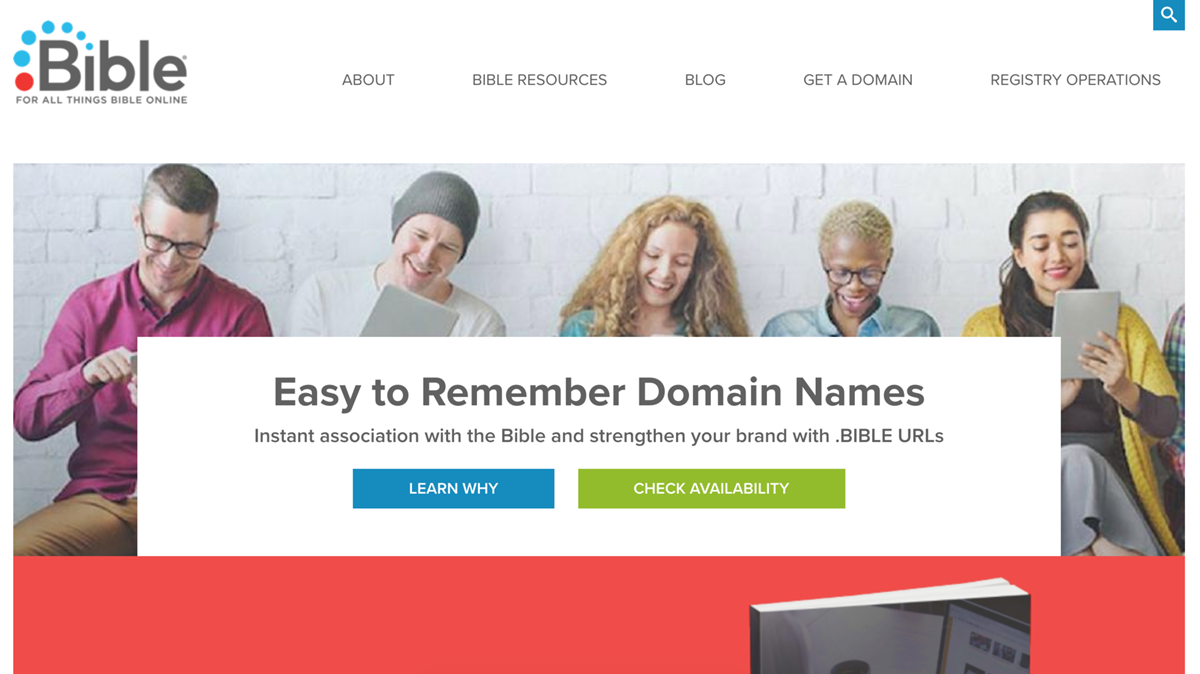 Certain companies restrict their top-level domain for their corporate branding—for example, Amazon owns .prime, and L’Oreal owns .makeup—while an administrator like Donuts wants to see others register under its domains since the more who pay to use the extension, the more Donuts stands to make.

ABS, a nonprofit, has a different approach to its role. With .bible, this online venture represents a 21st-century extension of its ongoing advocacy for the Bible and biblical resources.

“When the domain became available, we sought to administer it so we could help facilitate the creation of a trusted online space for those seeking to engage with the Bible,” Geof Morin, ABS senior vice president for ministry mobilization, told CT. “American Bible Society supports the free flow of information and ideas, but we also want content found on .bible sites to have a healthy respect of the Bible.”

ABS oversees .bible in partnership with United Bible Societies, the Greek Orthodox Archdiocese of America, the US Conference of Catholic Bishops, Life.Church, and Bible publisher Crossway.

Along with the typical legal requirements any top-level domain administrator would have in its acceptable use policy, ABS includes several conditions related to respect for biblical and religious views, including its mission to promote “the Bible community, and its issues, causes, interests, perspectives, positions, supporters, and admirers.”

After meeting in January with critics concerned that the policy limited secular scholars’ and non-Christians’ use of the .bible domain, ABS opted to broaden its guidelines to ensure .bible would be open “for those who want to engage with the Scriptures in a constructive way,” the organization said in a February 27 statement.

“The Bible has never belonged to one group alone. Its internet namesake shouldn’t either,” wrote Marc Zvi Brettler, a Jewish studies professor at Duke University and cofounder of TheTorah.com, in an op-ed criticizing ABS.

“Instead, this key internet portal to Bible discussion, debate, and scholarship should be open and available to all—just as the book itself always has been.”

ABS revised a line that had banned any site that “espouses or promotes a religious, secular, or other worldview that is antithetical to New Testament principles, including but not limited to the promotion of a non-Christian religion or set of religious beliefs.”

“The policy remains at its core insufficient,” John Kutsko, who serves as executive director for one of the concerned groups, the nonsectarian Society of Biblical Literature, told Religion News Service.

“The ABS excludes those critical of religious traditions or views considered unorthodox by ABS, which is basically a good deal of scholarship.”

“It’s a unique situation. I don’t think there are a lot of other organization out there trying to do what’s being done,” said Matt Heerema, a pastor and web strategist. “So it looks odd, only because there’s not a lot of other things to reference.”

His Christian web development company, Mere Agency, uses the URL mere.agency on its own business cards and will recommend special brand top-level domains, including .church, to certain clients.

He noted that, though unusual, ABS is not the only one restricting registrants based on a viewpoint or particular cause.

The administrator for .organic, for example, not only limits the domain to those who comply with organic certification requirements, it also retains the right to revoke their status “for not promoting items related to the organic industry.”

Even more ideological would be the .lgbt domain, whose acceptable-use policy prohibits “using the .lgbt domain in a manner that is harmful, threatening, abusive, harassing, defamatory, or hateful with respect to the LGBT community.”

“They have a similar [policy]: ‘We reserve the right to review any material we find objectionable; we can revoke your registration.’ They have a couple different levels of policing of the domains, and that second level read very much like .bible to me,” said Heerema.

“All of those arguments about the open nature of the web, the restrictive viewpoints—all that could be said of the LGBT extension as well, in my opinion.”

Moreover, Morin at ABS said the organization follows ICANN guidelines for monitoring for abuse on .bible sites and so far, has not had to remove any content for violating its policy.

From a strategic standpoint and a missional standpoint, the .bible guidelines reflect ABS’s goals for the domain, according to Heerema. The bigger question dividing supporters and critics would be whether they endorse ABS’s broader mission.

“I resonate with what they’re doing, but that’s because I tend to agree with their positions,” he said. For potential critics, “they’d be upset because it’s a more historically rooted organization that’s making the rules, so the anger would be directed at that rather than the rules themselves.”