Free Speech and Abortion Collide: Supreme Court Hears One of Its Biggest Cases of 2018

Pregnancy clinics are a crucial force in the pro-life movement, and the center of the argument before the justices today.
Kate Shellnutt|March 20, 2018 09:35 AM 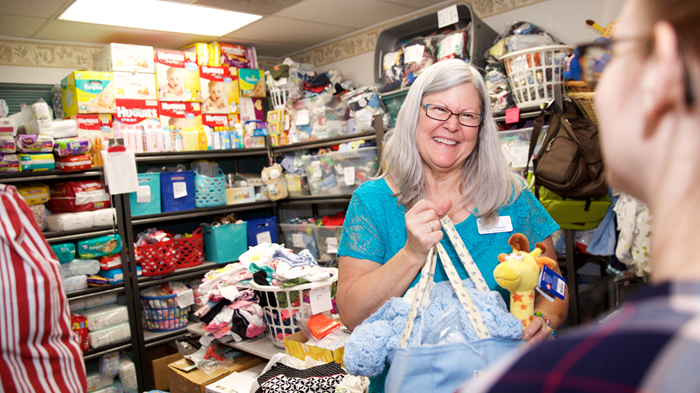 Americans on both sides often view abortion as the defining issue for the Supreme Court. But the case coming before its panel of justices today represent a legal fight that extends beyond the typical pro-life and pro-choice debate.

National Institute of Family and Life Advocates (NIFLA) v. Becerra is as much a free speech case as an abortion case; at stake is whether the government can require pregnancy resource centers to share information about the availability of abortion elsewhere—advertising to clients an option that the centers, by definition, oppose.

The suit involves a network of more than 100 pregnancy centers in California, where the state’s 2015 Reproductive Freedom, Accountability, Comprehensive Care, and Transparency (FACT) Act mandates that such centers post contact information for obtaining state-funded free or low-cost contraception and abortions in their county.

Along with the wave of pro-life legislation at the state level in recent years, these faith-based clinics—often called crisis pregnancy centers or CPCs—represent a major force in the movement to end abortion; with more than 3,000 in the US, they outnumber abortion clinics three to four times over.

Their growing prevalence in local communities and online search results has also hurt their reputation among the pro-choice crowd, who often characterize pregnancy centers as “deceptive” for marketing to women in unsupported pregnancies while not offering resources related to abortion.

This negative perception is partly behind the California law; a legislative committee deemed it unfortunate that such centers “aim to discourage and prevent women from seeking abortion.”

“What California considers ‘unfortunate’ is the very thing the First Amendment protects: speech and activism,” wrote Brian Miller of the Center for Individual Rights, a nonprofit free speech law firm, for Forbes. “California is within its rights to choose a policy and implement it. But it cannot compel those who dissent to speak the state’s message. Nor can it target commendable acts of charity because it disagrees with the underlying message.”

Though the NIFLA network had petitioned the Supreme Court under both the freedom of religion and freedom of speech clauses of the First Amendment, when the court decided to take on the case back in November, it granted only the free speech challenge.

The justices will have to parse the nature of the communication in question. All facilities offering pregnancy tests and counseling in California, licensed or not, are required to display on site and/or in client materials, advertising, and online the following notice:

Is this notification an acceptable form of government-regulated speech—ensuring the public access to medical services—or a First Amendment violation? Similar ordinances requiring disclosures and referrals regarding abortion services have been rejected as free speech violations by courts in Maryland, New York, and Texas.

However, some commentators have suggested that a free speech victory for NIFLA could actually end up hurting the pro-life cause.

By winning a case based on speech as advocacy, pregnancy centers could backslide in their efforts to be seen as professional, legitimate medical resources for mothers-to-be, Mary Ziegler, a law professor and author of Beyond Abortion: Roe v. Wade and the Right to Privacy, told The Atlantic.

Or, some speculate that a ruling against compelled speech on abortion could possibly extend to apply to informed consent laws, which have been shown to lower abortion rates in areas where doctors must inform women about abortion risks, fetal development, and pregnancy resources.

The Alliance Defending Freedom (ADF), the Christian legal advocates representing NIFLA, is “confident” that a free speech win for the clinics won’t cross over to other pro-life measures, since informed consent represents its own category of medical disclosures required for all surgeries and medical procedures, not just abortion.

“Informed consent is always triggered by a medical intervention,” said Denise Harle, ADF legal counsel. Unlike abortion providers, at pregnancy centers “there is nothing being done that could require informed consent.”

Think Progress noted that Zauderer v. Office of Disciplinary Counsel—a precedent ruling against certain deceptive advertising, which was cited by the Justice Department in a brief for the NIFLA case—could possibly lead to a ruling that also applies to laws compelling doctors’ disclosures on abortion.

“If the Court does hold that Zauderer controls speech by crisis pregnancy centers and speech by abortion providers, that could prove to be a major victory for Team Choice in the long run,” the article suggested.

Harle said that the Zauderer case “has never been applied outside business or commercial speech,” so it likely wouldn’t be used to regulate nonprofit centers which have “no economic motive” in their mission, which is to help pregnant mothers and defend the unborn.

Evangelicals are responsible for the majority of the pregnancy resource centers in the US, and NIFLA’s case has drawn amicus briefs in support from the two largest networks of centers, Heartbeat International and Care Net, as well as from the National Association of Evangelicals.

The NIFLA v. Becerra ruling will determine the fate for other suits against the FACT Act, including Mountain Right to Life, which is being represented by Liberty Counsel. Another nonprofit, Support Circle, represented by Becket, is appealing its case against San Francisco’s further regulations on pregnancy centers to the Supreme Court.

Michael Farris, ADF president and CEO and founding president of Patrick Henry College, will argue today’s case before the court. Even without free exercise claims up for consideration, the centers’ Christian values inevitably remain a relevant part of their defense, and the basis for their refusal to post the notices in question.

“It’s the elephant in the room,” Harle said in an interview with CT. “The whole reason [pregnancy centers] exist is that they believe, based on their faith, that life is precious, and babies in the womb are life.”

Moreover, the treatment of religion in the oral arguments could relate to the First Amendment considerations in another major case the high court will rule on this year: Masterpiece Cakeshop Ltd. v. Colorado Civil Rights Commission.

“If they can see this as the state of California trying to target a faith, it’s going to bug them,” said Harle. In the oral arguments for Masterpiece Cakeshop, “Justice [Anthony] Kennedy was extremely disturbed by the law clearly targeting one point of view … and we can see under California law that tolerance isn’t a two-way street.”

The rulings for both cases will be issued by the end of June.

Free Speech and Abortion Collide: Supreme Court Hears One of Its Biggest Cases of 2018