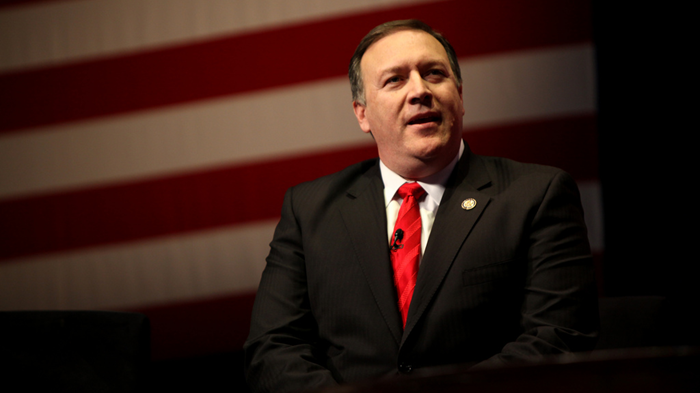 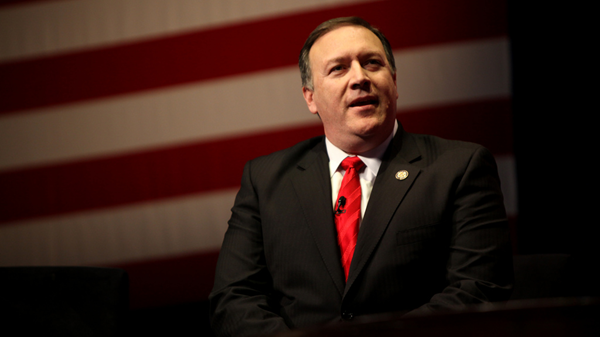 Top advocates have spent much of President Donald Trump’s time in office waiting for his administration’s international religious freedom efforts to fall into place.

With today’s firing of Secretary of State Rex Tillerson, they’re left once again wondering exactly how the administration will approach the issue as part of a broader strategy for foreign affairs.

The President announced this morning that Tillerson, who ran the State Department since February 2017, would be replaced by Central Intelligence Agency (CIA) director Mike Pompeo.

Most analysts agree that Tillerson, the former ExxonMobil CEO, fell out of favor with the administration and had a hard time rallying support within the department. As Pompeo takes on his new role, he’ll be stepping into one of the most significant leadership positions in the US government.

“He sets the tone for US foreign policy,” Chris Seiple, president emeritus of the Institute for Global Engagement, told CT. The secretary’s “attention [to religious freedom]—as with any subject—is what people inside the State Department building and foreign ministries alike watch for.”

The news of the leadership transition came just over a month after Sam Brownback was finally confirmed as ambassador-at-large to head the department’s Office of International Religious Freedom (IRF), after several months of delay.

Tom Farr, president of the Religious Freedom Institute, expects that Pompeo—an Army veteran and former congressman—will engage the issue as it relates to national security.

During his political career, Pompeo has spoken out about many of the biggest areas of concern for America today, including North Korea, Russia, Israel, and Iran, which he deemed “the world’s largest state sponsor of terrorism.”

“Pompeo will have a clear understanding of the security threats the country confronts and may be more open than his predecessor to the growing evidence that religious freedom is critical for combating religion-related terrorism, maintaining political and social stability, and supporting economic growth,” Farr told CT.

“All of these diplomatic priorities will be enhanced by a robust IRF policy that is part of US national security strategy.”

David Curry, president and CEO of Open Doors USA, which defends persecuted Christians around the world, issued a statement emphasizing the link between attacks on religious freedom and conflict and crisis in a region.

The Secretary of State is regarded as America’s chief diplomat: the leader who does the groundwork for the country’s foreign relations and international partnerships. In this administration, that role takes on particular significance, according to Mark Caleb Smith, director of the Center for Political Studies at Cedarville University.

“Donald Trump, in spite of his international business experience, has very little international political experience, so I think the Secretary of State’s position is more crucial under Trump than it would have been under previous presidents,” he said.

Though critics have called out Pompeo’s past statements on Islam, some of Trump’s evangelical advisers celebrated his appointment. Pompeo belongs to an Evangelical Presbyterian Church congregation in his home state of Kansas.

“Please pray for Mike Pompeo as he becomes Sec of State. A believer who is a patriot and leader. Another great choice by @POTUS,” tweeted Jack Graham, pastor of Prestonwood Baptist Church in Plano, Texas. “Director Mike Pompeo will become the most principled and successful Secretary of State in the last 25 years. I am extremely happy about this news.”

Seiple, whose father was IRF’s first-ever ambassador-at-large for international religious freedom, told CT that it’s too soon to tell how Pompeo will approach the issue or engage IRF in particular.

Just weeks before his ousting, Tillerson had dialed back plans to downsize the department. His proposal to bring the Office of Religion and Global Affairs (RGA), designed to advise staff and diplomats on faith matters, under IRF had elicited mixed reviews from advocates.

Farr would like to see Pompeo move forward with streamlining RGA and IRF.

“Our hope is that Secretary Pompeo will recognize the role religious freedom plays in nearly every foreign policy issue he will confront,” said Farr. “He should listen to and work directly with Ambassador Brownback and his office in crafting his diplomatic strategy and engagement, including IRF diplomacy as part of American national security strategy.”

Farr said that since the office was established through the International Religious Freedom Act in 1998—across four administrations—“no Secretary of State has seen IRF policy as a strategic priority.”

While commentators say that Pompeo’s strong relationship Trump bodes well for the State Department going forward, advocates like Farr and Curry also want to see him work closely and directly with Brownback.

Tillerson, who will remain at the department through the end of the month, got a positive send-off from Senator James Lankford, an evangelical from Oklahoma who has pushed for several religious freedom measures in Congress.

“I appreciate Rex Tillerson's excellent service at the State Department... especially his willingness to shake up the status quo & bureaucracy,” he tweeted.