Died: Focus on the Family’s H. B. London, Who Inspired Pastor Appreciation 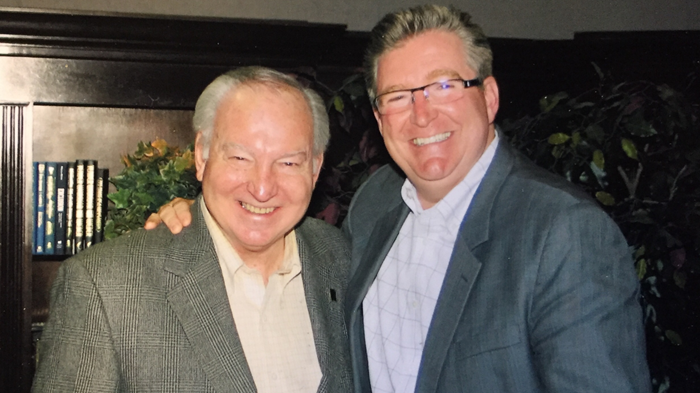 Over more than 60 years of serving pastors and serving as a pastor himself, former Focus on the Family vice president H. B. London Jr. built up better spiritual supports for clergy and popularized the annual pastor appreciation month held each October.

London dedicated his final years in ministry to pastoring a church in a retirement community in Southern California, where he preached his final sermon, aptly titled, “Pastors Are People Too,” on October 7. He died last week at age 81.

“It seems ironically appropriate that H. B.’s homegoing takes place in October, as this is Clergy Appreciation Month­­—a movement which he tirelessly championed for many years,” said Focus on the Family president Jim Daly in a tribute.

During London’s two decades at Focus, he built up new ministries to reach church leaders and their families, “cultivating an unprecedented role as ‘pastor to pastors’ which he has tirelessly filled ever since, even amidst his recent health struggles,” Daly said, referencing London’s interview series with pastors.

The ministry began promoting Clergy Appreciation Month as a national observance in 1994, just a few years after the former Church of the Nazarene pastor joined Focus at the request of founder James Dobson, his cousin.

“I've never known anyone who worked harder than H. B., that was the indefatigable energy that he had because he loved his work and he loved pastors,” said Dobson in a statement reported by CBN. “H. B. wanted to do everything that he could to help them cope with the trials and struggles that were coming their way.”

As the vice president for church and clergy, a division he founded, London, a fourth-generation minister, pulled from 31 years of experience behind the pulpit to develop resources and support for pastors and their families.

“The theme of our ministry became ‘Every Moses Needs an Aaron,’ which means that every Moses–meaning the pastor–needs someone to hold up their arms in the midst of battle–to encourage them, to affirm them,” he said in one interview.

The octogenarian continued to hold the title of Pastor to Pastors Emeritus for Focus on the Family and shared reflections on ending a career in ministry in his last article for the organization this year.

“Are you planning on living forever? I realize that it can be difficult, but part of your job is to help find your successor,” he advised fellow aging pastors. “It’s time to give back and share your wisdom with others. Just make sure that you don’t cruise to the end of your ministry. Be aware and productive to its conclusion.”

London led at Friendship Church Sun City for seven years, up until he ended chemotherapy treatment and entered hospice care on October 12.

“There are some people who have been uniquely called by God and gifted by God to carry a load others can’t bear alone,” Moody Radio host Chris Fabry said following London’s death. “H. B. was one of those people.”

A native of Arkansas, London attended Pasadena College (now Point Loma Nazarene University) and Nazarene Theological Seminary, and went on to pastor churches in Oregon and California. He is survived by his wife, two children, and four grandchildren.

“Trust me. It goes fast!,” he told Focus readers earlier this year.

“I always liked to remind my people that the Lord loves them as if they were the only person to love. All ministry is 1:1. Love is the greatest power and force in the world and a pastor and his ministry must be punctuated by a love for his people. I have always found it to be true–if you love people they will love you back.”

Tags:
Focus on the FamilyPastors
Posted by:
Kate Shellnutt

Died: Focus on the Family’s H. B. London, Who Inspired Pastor Appreciation