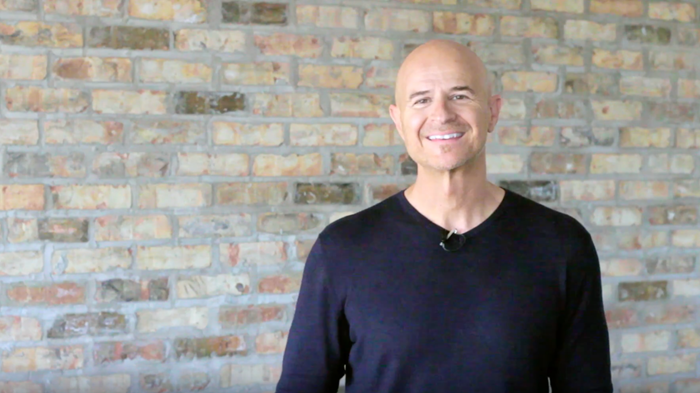 Moody Bible Institute has named Mark Jobe, lead pastor of a multisite Chicago megachurch, as its next president.

Today’s announcement comes several months after the historic school’s top leaders resigned amid concerns over its financial and theological direction.

His tenure begins in January, a year after Moody’s previous president J. Paul Nyquist and chief operating officer Steve Mogck resigned as the school’s board declared it was “time for a new season of leadership” following layoffs and mounting tensions between the faculty and administration.

“We have had a vision for Chicago and beyond and seen God do some amazing things … and we continue with that passion and that vision. Recently, God has opened up a great door of opportunity,” Jobe, who holds a diploma and master’s degree from Moody, said in a video announcement to the New Life community.

Under his leadership, the church has expanded to 27 locations with about 7,000 attendees. Jobe said he plans to continue to serve as pastor and preacher after assuming the new position at Moody.

The Chicago pastor and ministry leader succeeds interim president Greg Thornton, a former Moody vice president. Jobe has continued to work with his alma mater over the years, writing a book through Moody Publishers (Unstuck: Out of Your Cave into Your Call) and hosting a show on Moody Radio Chicago (Straight Talk).

“With the appointment of Mark, the search committee and board of trustees firmly believe the Lord answered our prayers and those of everyone who have faithfully stood with us these last six months,” said Randy Fairfax, the Moody board’s chair.

“His clarity of vision, humble nature, passion, and strong track record of ministry growth will bring a palpable energy to the Moody family. Coupled with his commitment to the Scriptures, personal integrity, and prayerful approach, he will foster unity, trust and drive us forward in our mission to equip people in the truth of God’s Word to impact the world for Christ.”

Last year, CT reported that the 133-year-old Bible college “would be shuttering its campus in Spokane, Washington; reducing programs like distance learning; and terminating faculty, including 10 percent of its Chicago campus professors, following recent drops in enrollment.”

Faculty, student, and alumni critics blamed the administration for not staving off such drastic cuts and, in the words of a group known as Moody Anonymous, generating a “culture of fear” on campus. Julie Roys, a former Moody Radio host who was fired over her criticism, called out what she saw as extravagant housing arrangements for then-president Nyquist.

Moody announced Jobe’s appointment during chapel on Tuesday morning, with many celebrating the selection.

“I don't know Mark personally, but have only heard good things about him,” Roys tweeted. “Praying he brings the reform Moody needs.”