1 of 3
Zion Church in BeijingSecurity cameras with facial recognition technology, in the lobby of the Beijing building where Zion Church rents space.Pastor Ezra Jin of Beijing's Zion Church, during an August 2018 interview with the Associated Press.
International
Asia

Beijing authorities threatened to close Zion Church last month after the 1,500-member congregation, one of the Chinese capital’s largest house churches, refused to install surveillance cameras in its sanctuary.

After services on Sunday, officials delivered on their threat to the unofficial Protestant congregation, which meets in a renovated hall in northern Beijing. Zion is now banned and its materials confiscated, reports Reuters.

“On Sunday, the Beijing Chaoyang district civil affairs bureau said that by organizing events without registering, the church was breaking rules forbidding mass gatherings and were now ‘legally banned’ and its ‘illegal promotional material’ had been confiscated,” reported the news agency, citing images of the notice and confirmation by churchgoers.

“I fear that there is no way for us to resolve this issue with the authorities,” Zion’s pastor, Jin “Ezra” Mingri, told Reuters.

ChinaAid reports that Zion, the biggest house church in Beijing, “has decided it will not be swayed by the ban and instead hold services outdoors.” The strategy echoes how another noteworthy Beijing house church, Shouwang, responded to similar problems in 2011.

“Churches will continue to develop. Blocking the sites will only intensify conflicts,” Jin told the Associated Press. (Agence France-Presse also reports on the closure.)

Zion had received a letter from city authorities in April, asking the church to install 24 closed-circuit video cameras in the building for “security reasons,” Reuters previously reported. “The church decided this was not appropriate,” Jin told the agency. “… Our services are a sacred time.”

Following the church’s refusal, state security officials and police started to harass churchgoers, going as far as contacting their workplaces and asking them to promise not to go to church.

The church was in the process of being evicted from the building it occupies, despite assurances from the landlord that it could rent the facility until 2023. 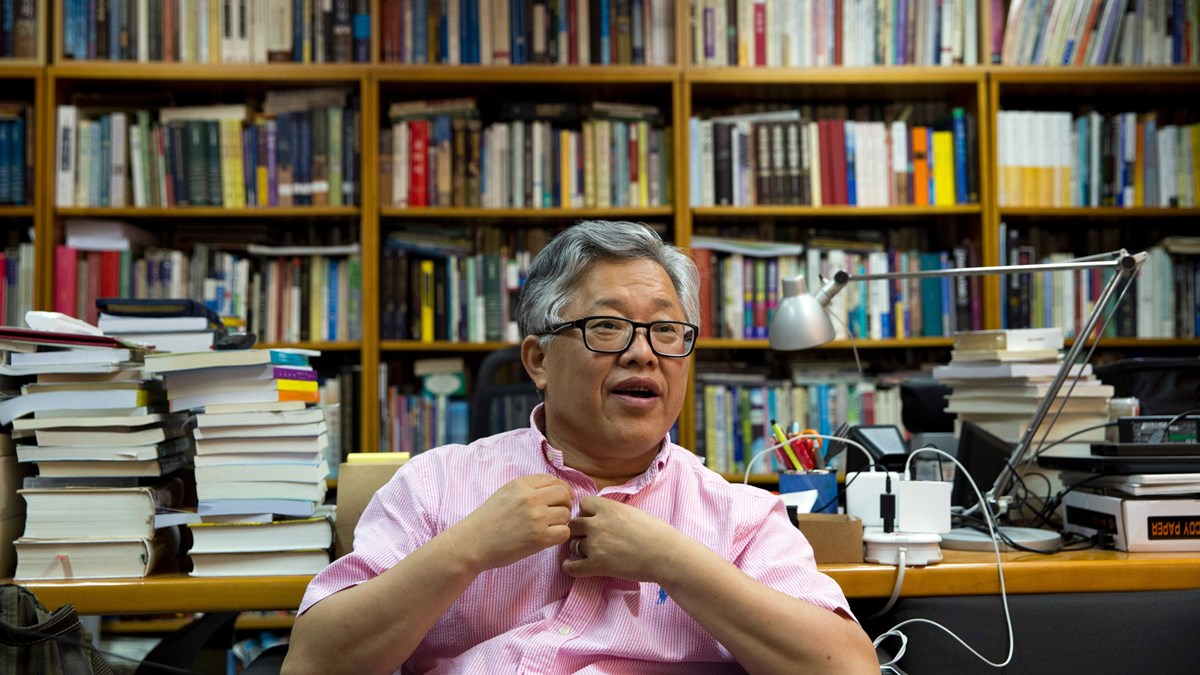 Pastor Ezra Jin of Beijing's Zion Church, during an August 2018 interview with the Associated Press.

The St. Charles Institute recently analyzed Zion’s landlord dispute as a case study of how “rental leases [are] being used as a new weapon to suppress Chinese house churches.”

Pressure is applied “through opaque queries of fire protection measures, by questioning the legality of printed materials used by the church, through harsh and unfair applications of business licensing requirements, and so on,” stated the Christian rights agency. “The common feature of these legal tactics is the effort to close houses of worship for ‘non-religious reasons,’ and in so doing, sidestep the accusation of suppressing religious freedom.” 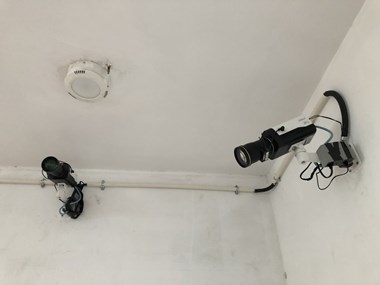 Security cameras with facial recognition technology, in the lobby of the Beijing building where Zion Church rents space.

Meanwhile, more than 250 Chinese church leaders have signed a joint open letter protesting the erosion of their religious freedoms.

Wang Yu, a prominent rights lawyer who has defended Christians and who was recently baptized at Zion, said she feared the situation would get worse, reported Reuters, “given the authorities have started describing the church as a ‘cult’ when pressuring churchgoers. In one of its statements, Zion also says authorities have called the church a cult.”

“Being labelled a cult was how it all started for the Falun Gong in 1999,” Wang told the agency, referring to the spiritual movement the Communist Party banned that year. 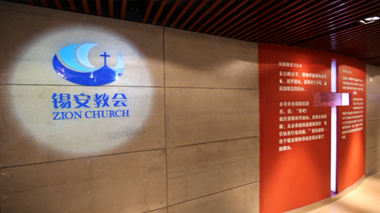 In February, revised regulations came into force on religious groups; where implemented, churches have started to face increased pressure to “sinicize”—to be “Chinese” in orientation—culturally and to be in submission to the authority of the Communist Party.

This involves burning of crosses and replacing them with the Chinese flag; showing slogans praising the Communist Party and the values of socialism in religious buildings; and taking away sacred images seen as “too Western,” according to a report by AsiaNews, referring to incidents in several provinces.

In Shangrao, a city in Jiangzi province, at least 40 churches were forced to display banners that forbid foreigners from preaching, and anyone under 18 from attending, the Catholic news site reported.

It added that in Shenyang in Liaoning province and in Xuzhou in Jiangsu province, “dozens of domestic churches have been closed … forcing communities to join the Three-Self Movement, the official government controlled Protestant community.”

Meanwhile, on August 26 the Communist Party published revised regulations for its own members, including a clause for those who are religious.

“Party members who have religious belief should have strengthened thought education. If they still don’t change after help and education from the party organization, they should be encouraged to leave the party,” state the new rules, according to Reuters.

The rules also warn that those who attend “activities that use religion for incitement” face expulsion.

CT previously reported the rising red tape that Chinese churches face, as well as how another prominent Beijing house church resorted to worshiping outside.