For more than a decade, Let it Be Christmas has celebrated the Gospel “according to Matthew, Mark, Luke, John, Paul, George, and Ringo.”
Emily McFarlan Miller – Religion News Service|December 18, 2019 08:00 AM 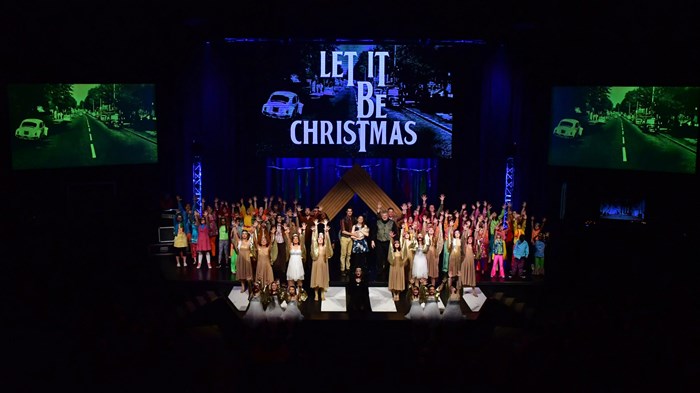 There’s “O Little Town of Bethlehem” and “Away in a Manger.”

And everyone’s favorite sing-a-long: “I Want to Hold Your Hand.”

The church’s annual “Let It Be Christmas: The Gospel according to Matthew, Mark, Luke, John, Paul, George, and Ringo“ sets the story of Jesus’ birth, which Christians celebrate at Christmas, to the music of the Beatles.

It mixes Scripture, songs, and dance into what Community calls a “magical mystery tour through the Gospels to tell the greatest story of all time, with the greatest music of all time!”

Bramlett, a 15-year-old sophomore at Naperville North High School, plays Mary in this year’s production. It’s her 10th appearance in the show, now going on 12 years at the nondenominational church, which has 10 locations in the Chicago suburbs.

The show is a family affair for Bramlett. Her father and uncle wrote the show and appear as prophets and wise men in colorful, psychedelic Sgt. Pepper’s Lonely Hearts Club Band uniforms. Her mom casts the show each year. And her cousins and older siblings also have appeared in it.

The production by the church’s Epic Theatre Company also features about 85 performers from across the Chicago area and sells out shows throughout the month of December. This year, there are nine shows running through December 21 at the Naperville church.

“It’s definitely a whole different arena than what I think a lot of families think of as spending time together,” Bramlett said. “I personally love it. I think it’s so much fun, seeing what my family is able to create and be a part of every Christmas season.”

The idea for “Let It Be Christmas” came from a sermon series years ago at Granger Community Church in Granger, Indiana, that tied one song from the Fab Four to one part of the Christmas story each Sunday, according to director Elic Bramlett, Anna’s uncle. It ended with a small pageant set to five Beatles songs on Christmas Eve.

With permission from the Indiana church, he and two other writers stretched the pageant into a full rock opera. The show continues to grow each year, getting better all the time with additional characters and songs.

“These songs just fall in my lap and just work for the show. I’m pretty proud of the fact that we don’t change any lyrics,” Elic Bramlett said. 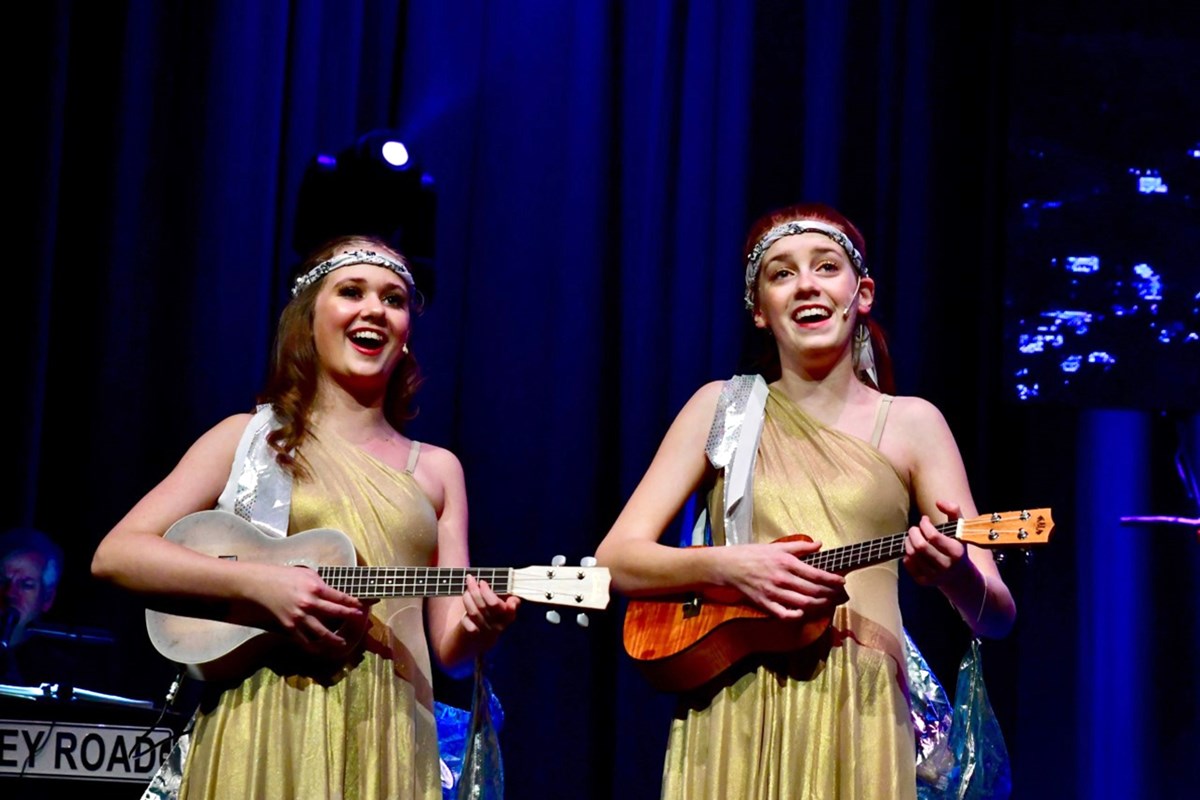 In this year’s production of “Let It Be Christmas,” a character dubbed The Engineer largely narrates the show, along with The Carpenter and The Blackbird—the show’s depiction of the Trinity. They’re backed by a band and belting Prophetess, all of whom have been with the production since its first performance at Community, according to the director.

In the beginning is “The Word,” a tune from the Beatles’ “Rubber Soul” album: “Spread the word and you’ll be free.”

Then Mary and Joe promise to be true to a string of the band’s early love songs, including “From Me to You,” “All My Loving” and “Love Me Do.”

An angel then appears to Mary and tells her she will be mother to the son of God, Jesus. She responds in a dance with The Blackbird and the words of the familiar song, “You were only waiting for this moment to arise.”

It’s all too much for Joe, who struggles with the news of Mary’s pregnancy, even though she assures him in song, “We can work it out.”

Later, he’s so tired he collapses into a dream in which an angel tells him to take Mary as his wife. “You have found her,” the ensemble urges him, “now go and get her.”

All together now, the couple travels to Bethlehem to be counted in a census—cue the opening riff of “Taxman”—and baby Jesus is born. And, yes, the shepherds and wise men find themselves going to a party, party with the Holy Family.

Anna Bramlett said it’s “a trip” to play the role of Mary, something that seemed so far away when she was a member of the ensemble.

At first, she focused on learning her lines and her blocking. Later, she started thinking about what goes on in Mary’s mind when an angel tells her that her child will be the savior of the world.

“All Mary had to do was say yes to God and all of this happened, and the story is still being told in 2019,” she said. 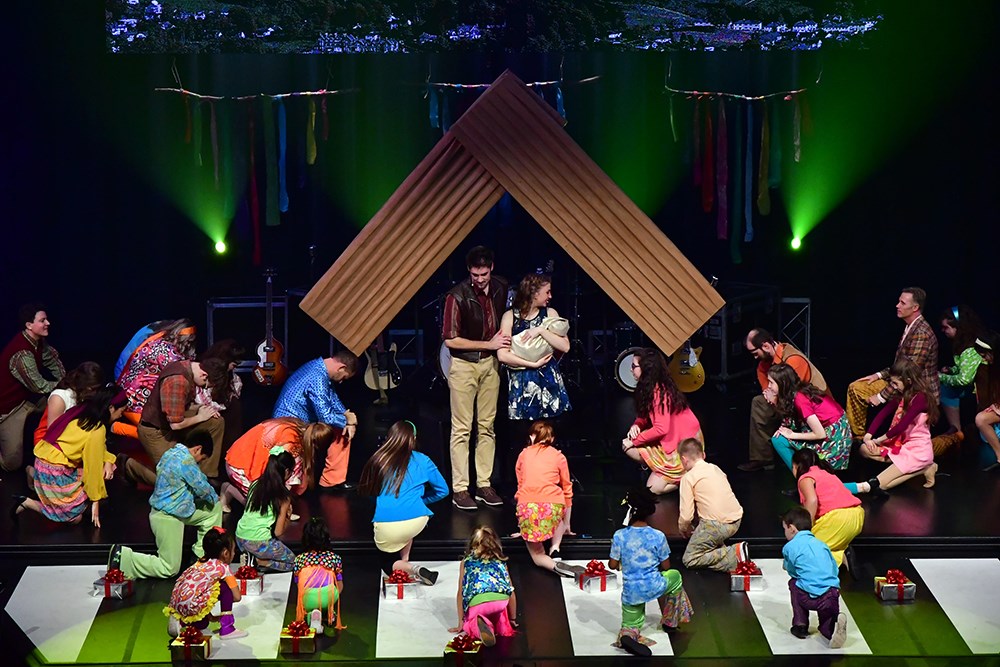