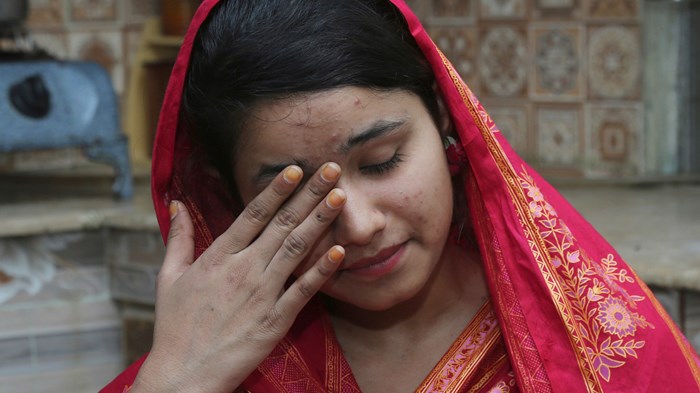 LAHORE, Pakistan (AP) — Page after page, the names stack up: 629 girls and women from across Pakistan who were sold as brides to Chinese men and taken to China. The list, obtained by The Associated Press, was compiled by Pakistani investigators determined to break up trafficking networks exploiting the country’s poor and vulnerable.

The list gives the most concrete figure yet for the number of women caught up in the trafficking schemes since 2018.

But since the time it was put together in June, investigators’ aggressive drive against the networks has largely ground to a halt. Officials with knowledge of the investigations say that is because of pressure from government officials fearful of hurting Pakistan’s lucrative ties to Beijing.

The biggest case against traffickers has fallen apart. In October, a court in Faisalabad acquitted 31 Chinese nationals charged in connection with trafficking. Several of the women who had initially been interviewed by police refused ...