Founder of Christ for All Nations, the German Pentecostal held one of the biggest evangelism crusades in history.
Kate Shellnutt|December 7, 2019 01:31 PM 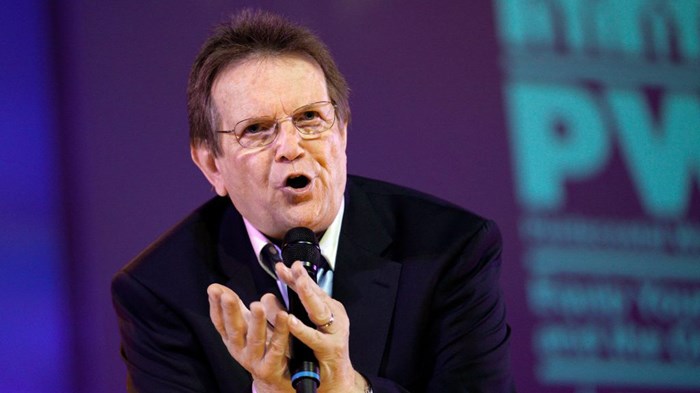 Image: Courtesy of Christ for All Nations

German evangelist Reinhard Bonnke, whose record-setting crusades led him to be nicknamed “the Billy Graham of Africa,” died Saturday at age 79.

His ministry, Christ for All Nations (CfaN), claims that more than 79 million people came to Christ as a result of Bonnke’s career, which spanned from 1967 until his retirement in 2017. The Pentecostal evangelist preached a prayerful message of Christ’s transforming power while also boasting miracles and healings.

“Those who knew him off-stage can testify to his personal integrity, genuine kindness, and overflowing love for the Lord,” said his successor, CfaN evangelist Daniel Kolenda. “His ministry was inspired and sustained by his rich prayer life, his deep understanding of the Word, and his unceasing intimacy with the Holy Spirit.”

Christianity Today reported from Bonnke’s largest in-person event, where 1.6 million gathered on a single night to hear him preach in Lagos, Nigeria. CT featured Bonnke and his ministry in an issue the following year, calling him “one of the continent’s most recognizable religious figures.” Historians have said that no Western evangelist spent as much time in sub-Saharan Africa as Bonnke.

Following his death, many African Christians offered their condolences on Twitter, saying “Rest well” and “Africa will never forget you.” The government of Nigeria stated that President Muhammadu Buhari, who is Muslim, “joins Christendom at large in mourning the passing of renowned evangelist, Reinhard Bonnke, 79, describing his transition as a great loss to Nigeria, Africa & entire world.”

Kenyan politician Esther Passari shared how “I spoke in tongues for the first time at Rev. Reinhard Bonnke’s 1988 crusade. He picked me from the crowd and arranged a meeting where he prayed for God to use me. I send my condolences to his family and his congregation. Rest In Peace, Man of God.”

His ministry was not without controversy among evangelicals, as CT wrote in 2001:

While some hail him as a spiritual giant, others scoff when he promises miracles and anointing. Critics say the last thing African Christianity needs is more preachers who focus on spiritually shallow events. They say the quality of disciples, not the quantity of the crowd, is the key to reaching Africans. Still, ordinary Africans adore him.

Bonnke himself is as complex as he is controversial. While his crusades are often high in hype and hoopla, the evangelist is a caring pastor, single-minded in purpose and genuine in nature. Both on and off the stage, his goal is simple: to win the heart of Africa for Christ.

The son of a pastor, Bonnke felt the call to African missions as a kid, going on to attend seminary in Wales and become ordained in the German Pentecostal Church. He led a congregation in northern Germany then became a missionary in the tiny nation of Lesotho in southern Africa. There, the Spirit gave him a vision of the African continent “washed in the blood of Jesus,” leading to his mass evangelism ministry. He founded CfaN in 1974.

Only within the past several years has the ministry organized crusades in the US, CT reported, where Bonnke’s name was more familiar among Pentecostals and charismatics than evangelicals at large. While a longtime friend of preachers such as Kenneth Copeland and Benny Hinn, Bonnke was more deliberate about avoiding “name it, claim it” theology in his own preaching and about being open to financial oversight.

He told CT in 2013, “Some people call me a healing evangelist. I do not like that. I define myself as a salvation evangelist who also prays for the sick. Wherever we go, 95 percent of the meeting is a clear preaching presentation of the gospel.”

“Billy Graham has inspired me personally,” Bonnke wrote on Facebook after Graham’s death in 2018, “when he preached in a tent in Hamburg, Germany. I always felt connected to him.”

Hillsong senior pastor Brian Houston cited Bonnke as an inspiration, saying, “I love the way salvation resonates in his spirit, whether he’s on a platform speaking to millions or behind the scenes having a chat—Jesus is always on his lips.”

Bonnke was the author of 40 books and wrote in his 2009 autobiography, Living a Life of Fire, “I still have only one sermon. I preach the simple ABCs of the gospel.”

He died at home, surrounded by family, and is survived by his wife, three children, and eight grandchildren.