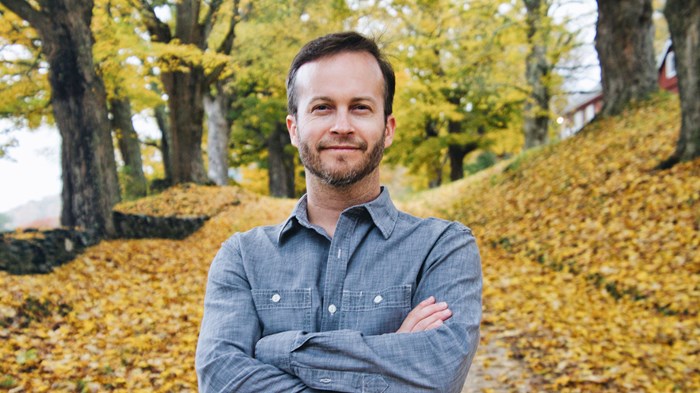 Christianity Today is announcing the election of Timothy Dalrymple as its president and chief executive officer, effective May 1. The press release announcing the move includes the following:

The Christianity Today Board of Directors has unanimously elected Dr. Timothy Dalrymple as its next president and CEO. He will begin his new role May 1, 2019.

Commenting on the enthusiasm of the board for their president-elect, board chair Eugene Habecker said, “Tim comes to CT at a strategic time. He has a remarkable opportunity to build on the foundation put in place by retiring president Harold Smith.” He added, "Tim brings the requisite skill sets to help lead CT to the next level, combining those skills with a vibrant evangelical faith, the heart of a shepherd, and the attitude of a servant.”

Dalrymple’s selection follows a nine-month nationwide search led by the firm of CarterBaldwin and involving over 150 potential candidates. The Board made their decision on February 19 at a meeting in Dallas.

The president-elect was raised in California, where his father served in several pastoral roles. He began to preach and teach at a young age. He was also a national champion gymnast and saw God’s faithfulness in victory and defeat alike. He took his passions for ministry, learning, and athletic achievement with him to Stanford University.

When his gymnastics career ended in a broken neck, he plunged into campus ministry and overseas missions trips. He became president of Stanford’s Campus Crusade (Cru) chapter.

It was also at Stanford where he met his wife, Joyce. Both helped to lead a Christian unity movement on campus that brought together students from all the university’s Christian fellowships to worship God with one another.

After graduating from Stanford with a double major in philosophy and religious studies, Tim earned an MDiv at Princeton Theological Seminary and a PhD in modern western religious thought at Harvard University’s Graduate School of Arts and Sciences. Along the way he also served in youth ministry, prison chaplaincy, and graduate and faculty ministry with InterVarsity Christian Fellowship.

Tim’s desire to thoughtfully engage the public square and to find creative ways of sharing the gospel in the new media marketplace found expression after Harvard in his work with the multi-religious website Patheos (2008–2014). First he was managing editor of Patheos’s evangelical channel, then director of content and vice-president of business development.

In 2013 Dalrymple founded Polymath, a creative agency that helps clients with branding, design, web, video, marketing and communications, and content development. Its clients have included the Museum of the Bible, International Justice Mission, the American Enterprise Institute, and Indiana Wesleyan University.

Today, after 18 years of marriage, Tim and Joyce have three daughters; the family is currently active at Perimeter Church in Johns Creek, Georgia.

Dalrymple will succeed Harold B. Smith upon his retirement on May 1. Harold has served the ministry for 35 years, including the last 12 as president and chief executive officer.

“I’ve been impressed with Tim’s considerable gifts, humility, and Kingdom-first bearing for many years now,” Smith said. “And I believe he is the perfect choice to lead Christianity Today in this next chapter of ministry.

Christianity Today was set into motion by evangelist Billy Graham over 60 years ago and today offers a variety of websites and publications, the most prominent being Christianity Today magazine. The ministry’s cause is summed up in the phrase Beautiful Orthodoxy: “In a world in desperate need of truth, goodness, and beauty, Christianity Today strengthens the church by richly communicating the breadth of the true, good, and beautiful gospel.”

“The legacy of Christianity Today is extraordinary—but the future is even more exciting,” he said. “Christianity Today possesses the legacy, the credibility, the resources, and the worldwide reach to tell the story of the global church in ways it has never been told before. I’m honored and humbled to be asked to lead it in the years ahead.”