Canadian Anglicans to Continue Same-Sex Ceremonies, Even After Failed Vote 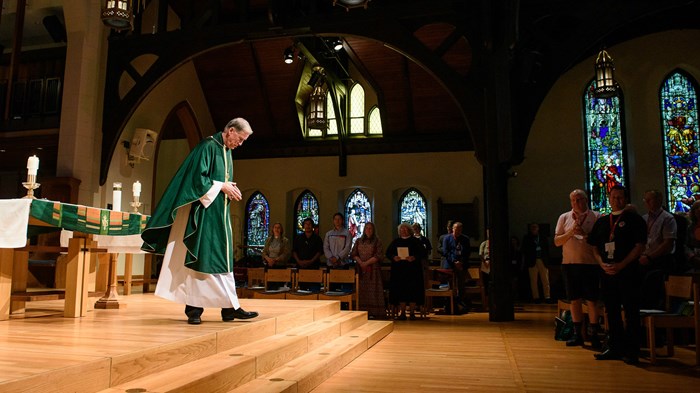 Image: General Synod / Flickr (Used with permission)
Primate Fred Hiltz at the General Synod of the Anglican Church of Canada, which was held July 9-16 in Vancouver.

Though the Anglican Church in Canada last week failed to amend its canon to sanction same-sex marriages, in the wake of the narrow vote, dioceses have opted to continue with them anyway.

The amendment, first passed in 2016, required a two-thirds majority vote among lay delegates, clergy, and bishops at two triennial general synods in a row. While it met the threshold among lay and clergy (80.9% and 73.2%) during this year’s synod, the bishops’ vote last Friday fell just short of two-thirds (62.2%).

On Monday, Archbishop Fred Hiltz, the Primate of Canada, read a statement to the delegation saying the bishops “are not of one mind” on the issue, but that “we are walking together in a way which leaves room for individual dioceses and jurisdictions of our church to proceed with same-sex marriage,” according to Anglican Planet.

The initial rejection came as a blow to the majority of Canadian Anglicans, who support same-sex marriage, which has been legal in the ...

Canadian Anglicans to Continue Same-Sex Ceremonies, Even After Failed Vote