Died: Apologist Norman Geisler, Who Didn’t Have ‘Enough Faith to Be an Atheist’ 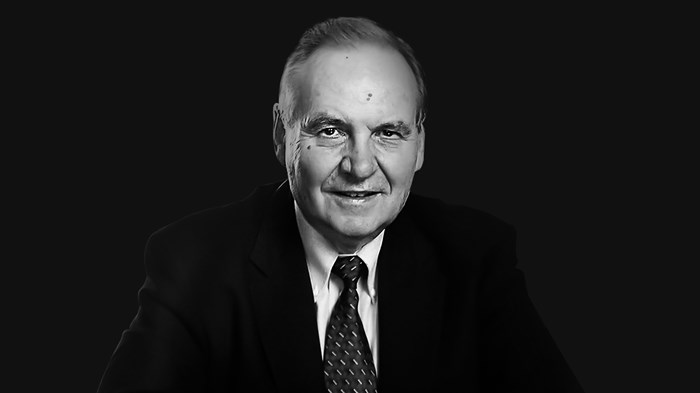 Just two months after his retirement from public ministry, evangelical theologian Norman Geisler died Monday at age 86. He had been hospitalized over the weekend after suffering a blood clot in his brain.

Described as “a cross between Thomas Aquinas and Billy Graham,” Geisler was a prolific author, apologist, and professor, as well as the co-founder and former president of Southern Evangelical Seminary (SES) in North Carolina and co-founder of Veritas International University in California.

Many evangelical leaders consider Geisler among the top Christian thinkers in recent decades, with pastor Derwin Gray calling him “one of Christianity's greatest philosophers, apologists, & theologians” and Colson Center president John Stonestreet remembering him as “a towering figure in Christian apologetics and philosophy.”

Geisler was respected for the breadth and depth of his career of over 70 years, and his model of defending the faith and the Bible through classical apologetics.

“When Geisler began, there were few philosophers who embraced evangelicalism. Even more rare was a trained philosopher who was committed to helping ordinary believers in the defense of the gospel,” said Gregory E. Ganssle, philosophy professor at Biola University’s Talbot School of Theology. “Geisler paved the way for the kind of sophisticated apologetics we enjoy today,” by combining scholarly rigor with a desire to equip the church and writing books that “could be read and used by believers in all walks of life.”

“For us, Dr. Geisler’s latest defense of the faith was like a long drink of cold water in the midst of what was too often an arid and sterile theological landscape,” Land wrote. “Dr. Geisler has been the ‘go to’ authority for more than two generations of evangelical seminary students who were looking for a bold, erudite, and uncompromisingly faithful defense of the inerrant, infallible Word of God and the historical doctrines of the Christian faith.”

He was on the team of theologians that wrote the 1978 Chicago Statement on Biblical Inerrancy and co-wrote the popular book I Don’t Have Enough Faith to Be an Atheist in 2004.

“Norman Geisler was one of the four to five most influential people in my life. It was meeting Norm and reading his works that first drew my interest to philosophy and the rest is history,” Talbot Seminary philosophy professor J. P. Moreland told CT. “He was a tireless worker for the Kingdom and a brother who was faithful to the end. We have lost a giant and the world is worse off for his departure.”

In addition to his scholarship and teaching, Geisler participated in theological debates with fellow scholars, including a 2011 dispute with Michael Licona around the bodily resurrection of the saints, which was covered by Christianity Today.

He is the author, co-author, or editor of 127 titles, including a book on transhumanism due out next year. His book The Baker Encyclopedia of Christian Apologetics was named by CT among the top religion reference books by living theologians in 2002.

Geisler’s works had been translated into more than a dozen languages, and online tributes for spanned the globe, from Kenya to Brazil. Brazilian theologian Roney Cozzer wrote, “I often say that Geisler was ‘a source from which I drank too much’” and praised God for his legacy.

William C. Roach, president of the International Society of Apologetics (which Geisler founded in 2007), was mentored by Geisler and shared details in a tribute today:

Both of us were raised in non-Christian homes, our mother’s would not allow us to play football as kids, we both had alcoholic parents, struggled significantly in school, and most importantly—after our conversion to Christ we both had to face objections to the Christian faith.

Dr. Geisler used to say he got into apologetics because he was stumped by a drunk on the streets of Detroit who claimed to be a graduate of “Moody Instita Bibiltute.” Dr. Geisler knew that he either had to find answers to people’s objections or he must stop sharing his faith. Since the latter is not an option, Dr. Geisler dedicated his life to defending the historic Christian faith.

Following the news of his passing, his ministry posted 1 Thessalonians 4:13-14 (ESV), one of his favorite passages to quote when he learned of a death in the body of Christ: “But we do not want you to be uninformed, brothers, about those who are asleep, that you may not grieve as others do who have no hope. For since we believe that Jesus died and rose again, even so, through Jesus, God will bring with him those who have fallen asleep.”

Geisler’s memorial service will be held in Charlote, North Carolina, on Saturday, July 6. He is survived by his wife of 64 years, Barbara Jean, their six children, 15 grandchildren, and seven great-grandchildren.

Died: Apologist Norman Geisler, Who Didn’t Have ‘Enough Faith to Be an Atheist’