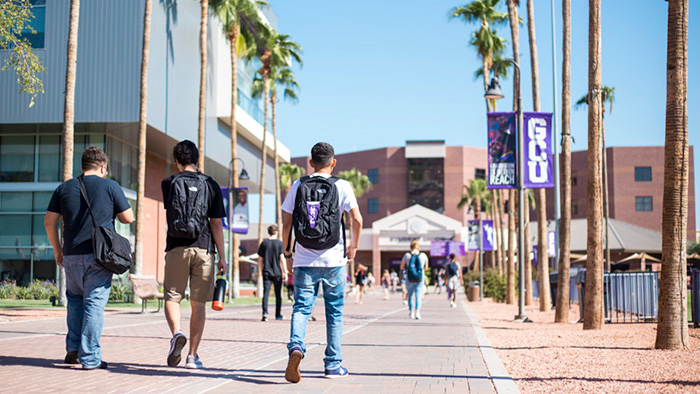 With 90,000 students online and on campus, Grand Canyon University (GCU) now ranks as the biggest Christian college in America.

After a decade growing its bottom line and its enrollment as a for-profit entity, GCU transitioned to nonprofit status in July 2018. Meanwhile, the for-profit college industry that GCU tried for years to leave behind continues to crash.

The Pentecostal Dream Center in Los Angeles has lost $38 million since buying a group of schools that used to be run by the second-largest for-profit operator in the country, the Education Management Corporation, The New York Times recently reported.

Last week, the US government cut off its student loan funds after finding that one of the acquired schools, Argosy University, used loans owed to students for its own expenses, and several of the campuses owned by Dream Center Education Holdings closed, as the US Department of Education recommends bankruptcy.

While GCU has been clear about trying to get away from the for-profit stigma, it was a standout success story amid the industry, avoiding many of the pitfalls that feed into the industry’s bad reputation and other schools’ demise.

“For example, the university said none of its programs failed the federal gainful-employment regulation, its loan default rates are low (6.2 percent), and the university receives 72 percent of its revenue from federal sources, which is well below the federal cap of 90 percent,” reportedInside Higher Ed.

For several years, GCU has been compared most closely not to fellow for-profits, but to another Christian institution whose distance education program became a runaway success: Liberty University.

GCU and Liberty were viewed together, as CT covered in 2014, as the for-profit and non-profit sides of the same trend. Their savvy marketing and robust offerings have spurred fellow Christian institutions to follow suit with their own entrée into online education—particularly for part-time and non-traditional students pursuing theological degrees.

Leaders said GCU’s for-profit status had always been a temporary strategy to save the school from the financial low it hit in the early 2000s. As CT reported in 2016:

Private investors bought the school and hired Brian Mueller from the University of Phoenix’s parent company as CEO. His team began turning the school’s physical campus around while expanding its online degree programs. In 2008, GCU made an initial public offering on the stock market, cashing in during a financial crisis that left millions of Americans unemployed and going back to college. “When we went public in ’08, we needed money,” Mueller previously told CT. “There was no other way to keep this place alive.”

By 2014, once the school had recovered from its financial downfall, Mueller was already looking at returning to nonprofit status. “Operating as a for-profit university, we are made aware daily of the adverse views many people have about for-profit institutions,” GCU had stated.

The interdenominational seminary, which launched in 2016, offers an MDiv program and four other master’s degrees in different ministry specialties. Up until now, it has drawn in a small fraction of the student body, with about 477 students enrolled full-time or equivalent. (Overall, half of its online students are in graduate programs.)

Liberty is not far behind in the accreditation process. Its Rawlings School of Divinity, which enrolls seven times as many students as GCU’s, is listed as an ATS candidate school and is slated to complete its review this fall. Previously, Liberty’s programs were accredited by a regional body—the Southern Association of Colleges and Schools—but not ATS, which is the national accrediting agency for theological programs in the US and Canada.

Even though it is no longer a for-profit, GCU’s climbing online enrollment—which has more than tripled since 2000—has investors happy. Under its new setup formed last July, Grand Canyon split into two entities: the nonprofit school, Grand Canyon University, and a corporation called Grand Canyon Education.

GCU has a contract with Grand Canyon Education, paying 60 percent of its tuition and revenue income to the company, which provides support services for the university, Inside Higher Ed wrote. Mueller remains heads of both the university and the company, though they have different governing boards.

This setup, which has similarly been adopted by other former for-profits, has led some concerned critics to question whether the school still functions to earn investors money. “The non-profit school benefits from the elimination of the for-profit stigma, reduced regulations, elimination of taxation, and eligibility for more state and charitable grants,” wrote the left-leaning Republic Report. “Meanwhile, the for-profit, and its owners and executives, get to siphon off a lot of the revenue, much of it from taxpayer-funded grants and loans.”

Grand Canyon Education’s financial standing as a company depends on GCU’s success as a school. Despite the drop in quarterly revenue related to the restructuring, earnings are up in the its latest financial update, thanks to increases in enrollment and service sales to the university, according to investment site The Motley Fool.