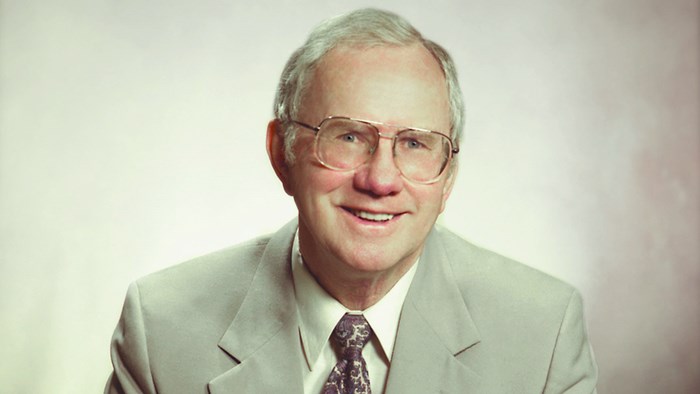 Finley’s long ministry career intersects with major evangelical leaders and organizations, and his early insistence in the effectiveness of local missionaries over Western outsiders has become a driving principle among many missions experts.

“Looking back on 85 years of memories, I am humbled to see God’s hand leading me to be an advocate for native missionaries,” he wrote in his autobiography Apostolic Adventures. “I've seen these brave men and women who have sacrificed so much, sometimes their own lives, because of the call of God to reach their own people for Jesus Christ.”

As a young evangelist with InterVarsity Christian Fellowship and Youth for Christ in the late 1940s, Finley preached alongside Billy Graham at US rallies, with Cliff Barrows leading the crowds in song. Traveling to China and then South Korea as a missionary, he served alongside Bob Pierce, who went on to found World Vision and Samaritan’s Purse.

His experiences in East Asia and India led him to prioritize the work of local missionaries overseas and to start ministries dedicated to supporting their evangelistic work in their own contexts: International Students Inc. (ISI), a college ministry dedicated to reaching and equipping foreign students, and then Christian Aid Mission, which helped fund indigenous missions around the world. (ISI, founded in 1953, partnered with the Billy Graham Evangelistic Association and Navigators for office space and staff in its early years.)

Over its history, Christian Aid Mission has backed more than 1,500 ministries in 130 countries, including pioneering missionaries like Bakht Singh in India, Prem Pradhan in Nepal, and Nicholas Bhengu in South Africa.

Finley defended his approach in a 1999 Christianity Today article, “Send Dollars and Sense,” arguing that “a blanket rule against sending money to foreign ministries is untenable—and even self-serving.” His ministries focused on building up and funding local missionaries in areas where Christians suffered poverty and persecution.

His 2005 book, Reformation in Foreign Missions, critiqued traditional Western, missionary models of cross-cultural evangelism and short-term missions, advocating for assisting local leaders instead. “Shouldn’t Christian youth be challenged to pray about someday ‘going to the mission field?’ Definitely not,” he wrote. “Every Christian can advance the Kingdom now by supporting an indigenous missionary.”

The ministry leader retired from Christian Aid Mission in 2011 and died in his hometown of Charlottesville, Virginia, last Friday.

“Dr. Finley was clearly a forerunner who impacted the missions movement both strategically and effectively over the last half century,” wrote one commenter, Chauncey Hutter Jr. “May God continue to build His kingdom across the earth through the fruit of Bob’s life.”