A US missions agency is changing the way Spain’s tech hub engages its influx of migrants. 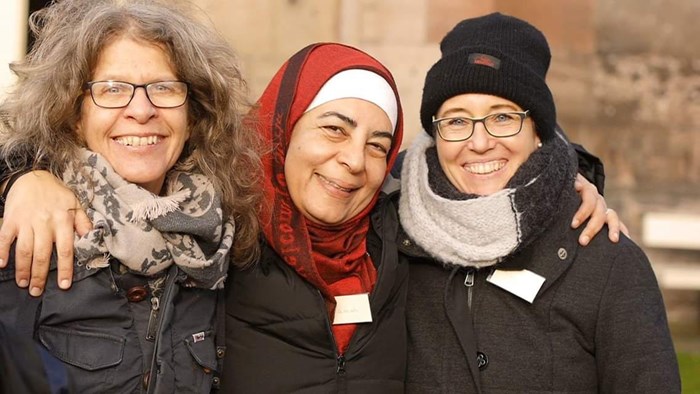 An entrepreneurial hub on the coast of southern Spain houses more than 600 global companies in shiny, modern buildings, with rows of palm trees reflected in walls of windows. The Andalusia Technology Park, or Parque Tecnológico de Andalucía (PTA), is a bit like the country’s version of Silicon Valley. It includes tech startups, multinational companies like Oracle and Accenture … and a 90-year-old US-based missions agency called Christar.

Christar’s international team left its Dallas-area headquarters two years ago for this tech park in Málaga, Spain, eager for the chance to engage social innovation opportunities alongside the public sector. But God had another mission in store for them.

“It’s the best time zone in the world to connect with the rest of the world, there’s a good international airport, and the cost of doing business is no more than doing it in Richardson, Texas,” said Brent McHugh, who became the team’s director in 2013 and oversaw the move to Málaga.

The popular tech park’s business and innovation center was also looking for ways to develop social corporate responsibility, so McHugh hoped to partner with their tech-minded global neighbors—most of whom had no other exposure to evangelicals.

But just as Christar was getting settled, the refugee crisis was in full swing, with thousands of migrants pouring into Europe from the Middle East and Africa. While the continent initially welcomed these newcomers, within months key ports of entry began shutting down. By 2018, the new country of choice was Spain, coming straight through Málaga.

“I pulled back from day-to-day refugee ministry—then God decided to provide refugees right to our doorstep,” said McHugh, who spent a decade working with refugees in Turkey. “God wastes nothing.”

Though numbers are slightly down compared to last year, more than 7,000 people—about 40 percent of all who have entered Europe in 2019—have landed in the Andalusian city of half a million people.

“Honestly, it’s overwhelming. The numbers skyrocketed overnight. The closing of Italy was not predicted,” said one Christar employee, who asked not to be identified for security reasons. “Spain is trying to get their hands around it. It’s a lot of people. Their system wasn’t set up for it. They weren’t ready.”

But in many ways Christar was. The ministry’s efforts to serve and reach people from Muslim, Hindu, and Buddhist backgrounds dates back more than a century—much of that time under the name International Missions Inc.—and its workers had the cross-cultural savvy and desire to help the asylum seekers who stuck around the Spanish port city and tech hub. (Two of the organization’s current initiatives include working with Middle Eastern refugees in the US and church planting in Turkey.)

While Spain’s unemployment rate has dropped significantly in recent years—it hit 27 percent in 2013—it’s still at 15 percent for the country of 50 million people. (In contrast, the US unemployment sits at 3.6 percent.) But for immigrants in Andalucía, unemployment is 64 percent.

Spaniards fear that the influx of migrants will take away their jobs, Christar staff noticed. They’re also more likely to hire fellow Spaniards before foreigners. While other groups stepped up to offer Spanish classes or computer training for the unemployed migrants, Christar successfully pitched the European Union a program to train migrants to start their own businesses.

“Rather than a job training for jobs that don’t exist, we believe in helping immigrants and refugees start their own microenterprises, or local, regional, and global companies,” said McHugh.

Last year, the ministry launched a prototype of the program with about a dozen refugees who went through their curriculum and created business models. Seven of the refugees finished the program, and BIC Euronova and Microbank Spain selected three of the projects for potential funding. Few Christian NGOs offer programs specifically focused on refugees and entrepreneurship. Currently, World Vision is piloting microfinance programs to Sudanese refugees in Uganda and internally displaced Rohingya in Myanmar through a program called Vision Fund.

Leaders in Málaga have applauded Christar’s efforts and taken notice of the faith that inspires its work. While a majority (60%) of Spaniards identify as Catholic, the number of religiously unaffiliated (30%) is growing. Only three percent of the population is Protestant, according to Pew Research Center, and an even smaller portion of those consider their faith to be an important part of their lives.

“Evangelicals aren’t really known,” said National Association of European Business and Innovation president Álvaro Simón de Blas, who had never before worked with evangelicals. “There are many immigrants in Málaga, many of them poor. Christar is doing really important work with this group.”

Christar’s programs are also challenging fellow Christians in Spain to confront their own approach to the influx of migrants. The organization has tried to help fellow NGOs—many of which were developed to help European ex-pats transition to Spain or help impoverished Spaniards—expand to meet the needs of the refugee population.

Leaders at Christar reached out to other evangelical institutions to support their ministry in Málaga and make these programs more robust and sustainable. Simón de Blas and McHugh visited Liberty University during its Global Focus Week earlier this year. (The director of Christar USA is an alumnus.)

In March, dozens of Liberty undergrads traveled to Málaga to work and serve the migrant community over spring break, through a new partnership called the G5 Spain Initiative. Christar also worked with the neighbors in the tech park and across Málaga to offer more than 100 internships to Liberty students this upcoming year.

“Christar is really trying to solve the issue of integration and work with the migrants within the community,” said Marc Collier Sanderson, Málaga’s director of international development. “Projects that don’t have continued support tend to fall apart. The best way to have continued support is to have a university behind you, because it’s fairly consistent in producing support and interest.”

In just three years, Christar has already accrued significant favor in Málaga. The city council wrote a letter supporting the G5 program and they received coverage from Euro News. McHugh joined the CEO Club of Malaga after a personal invitation from its director. It also has close relationships with its business neighbors, who recently helped it get a key data certification—a process that would have been otherwise extremely time-consuming.

McHugh is currently working on ways to scale the efforts of Christar’s six-person team. EU connections have already spurred opportunities to fund or replicate their programs. “We think the start-up academy is relevant anywhere,” said McHugh. “For instance, it could work in the countries of origin and help the areas where people are fleeing for economic reasons.”

McHugh sees the partnerships he’s made as God’s active involvement in Christar’s work.

“What if we become the Andalusia Technology Park’s answer for corporate social responsibility?” said McHugh. “What if we come alongside them and say, ‘Here’s a tangible way to help with the refugee highway?’”