A new religious liberty law in Texas bars the government from penalizing over charitable donations.
David Roach|September 20, 2019 09:28 AM 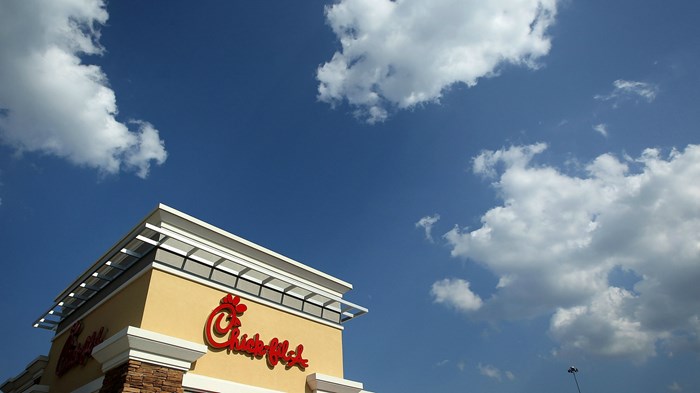 Less than a week after Texas enacted the so-called Save Chick-fil-A bill—which prohibits government entities from taking adverse action against a person based on their support of religious organizations—five San Antonio Christians sued the city over its decision to exclude Chick-fil-A from its airport due to the chain’s donations to evangelical charities.

The lawsuit, filed in September by members of the conservative Christian San Antonio Family Association, asks the court to declare San Antonio has violated state law; prevent the city from keeping the chain from its airport concessions; and prohibit officials from taking “any adverse action” based “wholly or partly” on a person or group’s “support for religious organizations that oppose homosexual behavior.”

Texas’ Governor Greg Abbott himself has defended Chick-fil-A, saying, “No business should be discriminated against simply because its owners donate to a church, the Salvation Army, or other religious organization. Texas protects religious liberty.”

But the city objects to the suit’s claims, in part because Abbott’s new state law, which was passed in June and enacted in September, was not in effect when the city council decided back in March to remove Chick-fil-A as a vendor in a planned airport expansion.

Laura Mayes, a spokesperson for the city of San Antonio, told the Texas Tribune, “Among the many weaknesses in [the plaintiffs’] case, they are trying to rely on a law that did not exist when Council voted on the airport concessions contract. We will seek a quick resolution from the court.”

In moving to exclude the chicken chain, Councilman Roberto Treviño called it “a company with a legacy of anti-LGBTQ behavior.” Councilman Manny Pelaez seconded the motion, saying “Chick-fil-A corporate has been funding anti-LGBTQ organizations.” The restaurant chain is “for many people,” he said moments later, “a symbol of hate.” Pelaez also objected to Chick-fil-A’s policy of closing on Sundays.

The lawsuit alleges the decision to exclude Chick-fil-A was based at least in part on its contributions and support for religious organizations, “including the Salvation Army and the Fellowship of Christian Athletes (FCA).”

Chick-Fil-A’s charitable activity has been a point of controversy since at least 2012. Although the restaurant chain stopped giving to some organizations that oppose same-sex marriage, like the Family Research Council, it has continued to draw criticism for contributions to groups like FCA and the Salvation Army, which hold traditional views of human sexuality though they are not focused on political action.

On its website, the Chick-fil-A Foundation states it gave $1.6 million to FCA in 2017 “to fund sports camps and school programs for inner city youth.” The same year, it gave $150,000 to the Salvation Army.

Evangelicals in particular appreciate the Christian identity and values espoused by the popular restaurant chain, founded by the late Truett Cathy, a faithful Baptist. In a brand study by Morning Consult, 62 percent of evangelicals said Chick-fil-A had a positive impact on their community, compared to 48 percent of Americans on average.

Politicians in Boston, San Francisco, and Chicago have attempted to block the opening of Chick-fil-A locations in their cities based on similar criticism over charitable giving and LGBT stances. In upstate New York earlier this year, Chick-fil-A was disinvited from opening a location at the Buffalo airport. University of Kansas faculty objected in August to the university’s relationship with Chick-fil-A, calling the chain “a bastion of bigotry.”

Chick-fil-A said in an April statement, “Recent coverage about Chick-fil-A continues to drive an inaccurate narrative about our brand.”

"We want to make it clear that our sole focus is on providing delicious food and welcoming everyone—not being a part of a national political conversation,” Chick-fil-A said. “We do not have a political or social agenda. More than 145,000 people from different backgrounds and beliefs represent the Chick-fil-A brand. We embrace all people, regardless of religion, race, gender, ethnicity, sexual orientation, or gender identity.”

The controversy over Texas’ “Save Chick-fil-A” bill reflects growing tensions between religious and LGBT rights.

As Vox wrote, “The bill’s supporters say it’s a way of protecting businesses’ First Amendment rights — but opponents say it could give private businesses legal sanction for discriminating against LGBTQ customers or staff under the guise of free speech.” Similar lines of argument have come up in the high-profile cases involving religious freedom protections for Christian wedding vendors who decline to participate in same-sex weddings.

In related news, Texas Attorney General Ken Paxton sued the city of San Antonio in June for access to records related to Chick-fil-A’s exclusion from the airport. He is conducting his own investigation into the matter.