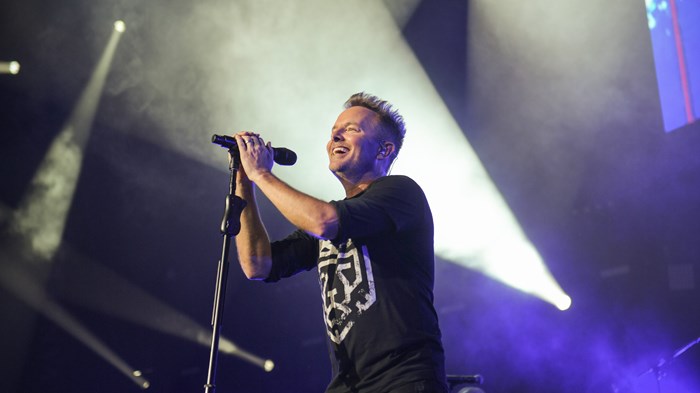 Each week, most churches across America turn to a relatively narrow list of songs to give voice to the congregations’ corporate praise since in recent years that Sunday morning music has increasingly resembled Christian radio playlists.

Faithlife Music ranked the top worship songs, based on three years of data from 10,000 churches using its software to display lyrics. Some familiar names appear over and over on the list. Chris Tomlin, Hillsong, Bethel Music, and Matt Redman were collectively responsible for half of the top 20 songs:

But Faithlife’s data omits one segment of the evangelical world—worshippers who do not read words on a screen because they have a hymnal in their hands. A 2018 survey by LifeWay Research found that nearly 70 percent of Protestant churches use hymnals. For churches with less than 50 attendees, 85 percent use hymnals.

Hymnals reflect a domination of their own; Charles Wesley, Isaac Watts, and Fanny Crosby wrote a disproportionate number of beloved Christian songs.

Wesley alone wrote over 8,900 hymns, almost as many as Crosby, who penned over 9,000 and is best known for “Blessed Assurance, Jesus is Mine.” Watts wrote considerably fewer, but with titles like, “Joy to the World” and “When I Survey the Wondrous Cross,” nearly every Protestant church has sung his lyrics.

Two of the songs on Faithlife’s top 20 were traditional hymns, “How Great Thou Art” and Chris Tomlin’s “Amazing Grace (My Chains Are Gone),” which has additional contemporary lyrics.

While Wesley is celebrated as the greatest hymn writer of all time for his output (and his role, along with his brother John, in the founding of Methodism), his contemporary counterpart Chris Tomlin was hailed by CNN as the most-sung artist in history, “with upwards of 30 million believers singing his songs each Sunday.”

But Tomlin, Redman, and the crews from Hillsong and Bethel Music have a much different context driving their compositions than their hymn-writing predecessors—especially as the constraints of radio play influence which songs dominate Sunday morning set lists.

“If a song is going up the charts, there’s pressure on the worship leader to play that song,” said John J. Thompson, who worked with Christian artists as creative director for Capitol CMG Publishing and now runs the website truetunes.com.

Because songs must be catchy, they focus on simplified melodic structures, fewer words, and limited emotional range, with the goal that the congregation can catch on to new songs by the second verse, said Thompson, now the associate dean of the Trevecca School of Music and Worship Arts and the author of Jesus, Bread, and Chocolate; Crafting a Hand Made Faith in a Mass Market World.

By singing radio chart-toppers, he fears, congregations miss out on theological heft. With Faithlife Music’s top songs, the themes of worship and reverence come up the most.

Christian radio stations started adding worship music to their playlists alongside contemporary Christian music (CCM) in the late 1990s, according to Chris Hauser, who spent four decades working in Christian radio. By now, he said, it’s typical for CCM artists to record songs that congregations might sing on Sunday mornings—known in the industry as “vertical lyric songs,” where the singer addresses God in first person.

For example, Pat Barrett’s “Build My Life,” the No. 1 song on Faithlife Music’s three-year list and also a top song on the Billboard charts, includes the bridge: And I will build my life upon Your love / It is a firm foundation / And I will put my trust in You alone / And I will not be shaken.

“In the writing room with artists, they want CCM songs that border on worship. They want songs that are congregational in ways that previously they wouldn’t have been used congregationally,” said veteran songwriter Krissy Nordhoff. Currently with Integrity Music, Nordhoff co-wrote the GMA Dove Award-winning song “Your Great Name,” currently number 86 on Faithlife Music’s weekly Top 100 list.

But the radio-worship crossover advantages artists who already have a platform or covers of already well-known songs—which some industry experts believe leads to less variety in spiritual themes and music styles.

Most of the songs on the list were written by Caucasians. Thematically, the songs tend to stay in the realm of praise and adoration without venturing too far into more complex themes like confession, doubt, and suffering.

Sandra Van Opstal, pastor, liturgist, and author of The Next Worship: Glorifying God in a Diverse World previously told CT, “…The worship industrial complex has become so influential that millions of people around the world are being discipled via iTunes. The narrative of God and faith is in the hands of a few worship movements who aren’t talking about how their social location, cultural values, and racial privilege shape their faith.”

Looking to the future, Nordhoff sees encouraging trends. She actively mentors female songwriters, hoping to boost their presence in the writing room and provide the guidance she didn’t have as a rookie. Her first book Writing Worship is set to be published in 2020 by David C. Cook.

She noted that Bethel Music, recently signed its first non-white musician, Dante Bowe. Thompson points to efforts like Cross Worship Music, a Cincinnati-based interracial, intercultural worship collective, as an example of strong local worship committed to bringing together the body of Christ.

For his worldwide renown, Chris Tomlin leverages his popularity to raise up others. Thompson, who worked for Tomlin’s label, noted that “God of this City” and “Indescribable” are two Tomlin hits written by lesser-known artists (Bluetree and Laura Story, respectively). Even Andrew Peterson and Ben Shive, a respected songwriting duo themselves, received a boost when Tomlin recorded their song, “Is He Worthy?”

And chart-topping artists keep returning to historic hymns to bring them to believers who might not be steeped in hymnody.

The latest iteration of retuned hymns arrived on August 30 when Venture3Media released Simple Hymns: Songs of Redemption. The compilation, the first of several to release over the next year, includes popular worship leaders like Pat Barrett, Leigh Nash of Sixpence None the Richer, and Chris McClarney of Jesus Culture and hymns from the greats like Crosby and Wesley.

Tomlin, Hillsong, and Redman might top charts and pack arenas, but after hundreds of years, historic texts still give voice to the hearts of believers. As modern worship leaders stand on the shoulders of history’s great hymn writers, they introduce those hymns to new audiences.

Wesley’s “Hark, the Herald Angels Sing” and “And Can It Be” are beloved hymns, and his hymn “Praise God From Whom All Blessings Flow” even appears in the Faithlife Music’s weekly top 100. Crosby takes two spots with “Blessed Assurance” and “To God Be the Glory.” Watts earned a spot for “The Wonderful Cross,” with co-writing credit going to Tomlin.