LifeWay’s Stores Are Closing. But Its Christian Books Will Be in More Stores Than Ever.

Independent retailers are signing up to be authorized dealers for the chain’s bestsellers from Beth Moore, David Platt, Priscilla Shirer, and more.
Daniel Silliman|September 3, 2019 10:18 AM 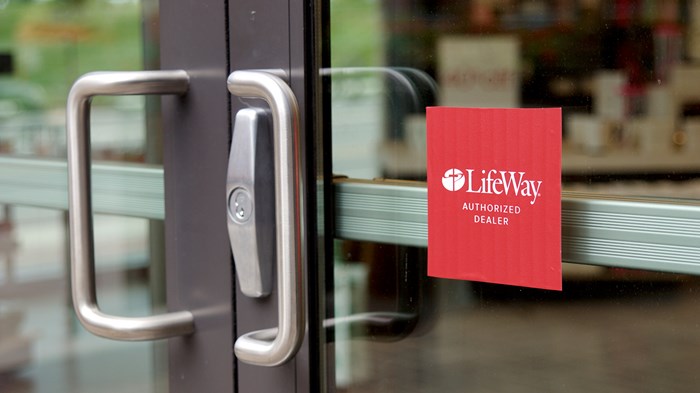 Less than six months after LifeWay Christian Resources announced it was closing all 170 stores, the company has come up with a plan to put its products in more brick-and-mortar outlets than ever before.

LifeWay-brand Bible studies by Beth Moore, David Platt, Priscilla Shirer, and others were previously available only in LifeWay outlets. They will now be sold in special, branded sections of more than 290 stores.

The publishing arm of the Southern Baptist Convention expects to have 350 authorized dealers by October, with 15 to 20 new stores signing up for the program every week.

David Humphrey, director of trade sales, said the authorized dealer program puts LifeWay in all the markets where it previously operated stores, as well as 90 new ones.

“The way the Lord has provided for us, it’s like he’s given us increased favor,” Humphrey told CT. “We have five authorized dealers in Nebraska, and we’ve never had a store in Nebraska before. We have partners in the far Northeast and the far Northwest where we’ve never been able to reach before.”

LifeWay’s 170 stores were located in 30 states. The 290 authorized dealers are in 44 states, to date, and Humphrey said he hopes there will ultimately be a LifeWay-branded shelf “in driving distance for everybody in the United States.”

Back in March, Greg Squires, president of the market research firm Parable Group, told CT that LifeWay’s decision to close stores would mean that “hundreds of independent Christian bookstores have an expanded role and increased responsibility to serve their communities with Christian content and product.”

Some of the bookstores now carrying LifeWay Bible studies are in megachurches. An employee at Prestonwood Baptist in Texas shared a picture of the church’s LifeWay display and called it her “new favorite section of the store.”

When LifeWay announced the store closings in March 2019, the company said the new focus would be online sales. That’s still true, according to Ben Mandrell, the new president and CEO of LifeWay.

LifeWay interacts with about five times as many customers online as it did through its retail stores, and sales through direct channels are up 6 percent since last year. But the internet can’t meet every need.

“How do we keep selling Bibles and books to people who want to feel and touch them first?” Mandrell asked. “There’s a need in every community for people to go and peruse and browse Christian books. It’s not the same to peek inside online.”

LifeWay also distributes books through non-religious booksellers, including Barnes & Noble and Books-a-Million, and big box stores, such as Walmart. Those outlets do not get the authorized dealer discount on LifeWay Bible studies, however.

The bread and butter of LifeWay’s business is Bible studies and small-group curriculum, according to Mandrell. Churches, Sunday schools, and small groups reliably re-order ongoing curricula. Most order online, but if a group wants to use a new Bible study, it helps to look at it in person first.

LifeWay has closed about two-thirds of its stores so far. The next phase of the store closings begins this month, as LifeWay enters negotiations to end long-term leases of retail space.

The company has also laid off 300 employees, and begun the process of re-branding, which Mandrell expects to complete in the first quarter of 2020. He was named LifeWay’s new president and CEO last June, following the retirement of Thom Rainer.

“The world is changing, and we have to change with it,” Mandrell told CT. “The 700-plus employees in this building, they know we have to change. They feel the burden to become innovative, and that’s exciting. I hope we will see the greatest season of creativity emerge from this transitional season.”

LifeWay’s Stores Are Closing. But Its Christian Books Will Be in More Stores Than Ever.

LifeWay’s Stores Are Closing. But Its Christian ...