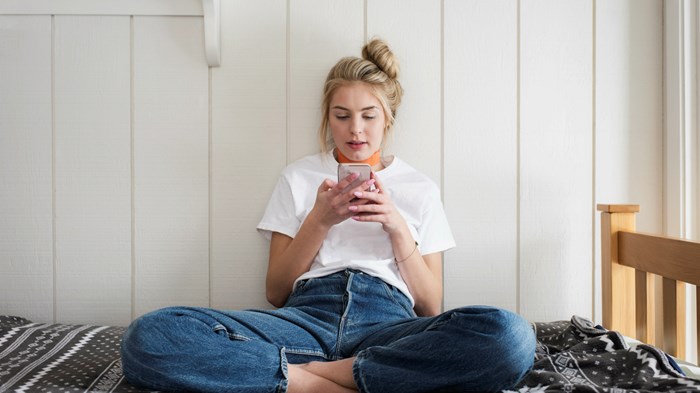 Rachael Reynolds is a busy wife and mom of three who, like many parents, suddenly has been tasked with home-schooling her children and managing the anxiety of a pandemic.

Reynolds, 34, also is a registered nurse and works three or four night shifts a week in the labor and delivery department at a Texas hospital. That adds the stress of keeping her patients and herself safe from the spread of the novel coronavirus.

In those times when she has a few moments to herself while her kids are napping, or when she’s trying to drift off to sleep as everyone else is beginning a new day, Reynolds finds herself tapping on one of the meditation apps on her phone—like Abide, which calls itself the No. 1 Christian meditation app to “stress less and sleep better.”

“Grounding myself with the Word of God, and the truth and the promises he offers me there, I find to be much more effective for grounding myself mentally and spiritually,” she said.

Meditation and mindfulness apps have boomed in the last decade, part of the trend of the year that Apple’s App Store noted in 2018: self-care apps, particularly those focused on mental health.

The App Store deemed Calm, which describes itself as the No. 1 app for sleep, meditation and relaxation, its 2017 app of the year.

Several of those Christian apps have reported spikes in searches for meditations on topics like anxiety since the pandemic started.

“It’s sort of really exploding right now,” said Bobby Gruenewald, pastor and innovation leader at Life.Church, one of the largest megachurches in the country.

“We definitely know that people turn to Scripture when they’re in different times of need. … I think they see the Bible as a point of stability, truth, and substance that helps them kind of center.”

Life.Church’s YouVersion Bible app added a YouVersion Rest skill for smart speakers on its Bible app last month, after noticing users were listening to Scripture late at night, Gruenewald said. The skill recites comforting passages from the Psalms in male or female voices over sounds like waves and raindrops.

Author and therapist John Eldredge launched a meditation and mindfulness app, One Minute Pause, late last year to accompany his latest book, Get Your Life Back: Everyday Practices for a World Gone Mad.

As a therapist, Eldredge said, he was troubled by the rise in anxiety and depression he saw even before the pandemic struck.

People were on “empathy overload” amid news of disasters around the world. Christians—including Eldredge himself—weren’t having the experience of deep rootedness expressed in the Psalms, he said.

“I got caught up in it—just the pace of life, the insanity of the hour, too much media, too much technology, too much plugged in—and I’d come home in the evenings and just find myself completely fried,” he said. “And I am a fairly monastic person, actually.”

Eldredge said he began practicing a one-minute pause in his car at the end of each workday, taking a moment to calm down, center himself and release everything he was feeling to God.

He started looking into building a meditation and mindfulness app years ago, he said. Secular apps like Calm were anything but, with too many options when, he said, “what people need is a very simply grounding experience in Christ” like he had in his car.

One Minute Pause offers a single, one-minute meditation, or “pause,” twice a day read by Eldredge over a photo of nature and soothing music. After completing a number of short pauses, users can move on to longer three-, five- or 10-minute options.

“It’s an ancient Christian practice, but we need help back to it because our attention has been shattered,” he said.

Abide has been around about five years, since two former Google employees who were Christians decided to leave the tech giant and use their skills instead “for the kingdom,” according to Russ Jones, its executive producer of content.

The app started out more like Instagram, Jones said, inviting users to create and share their own prayers. But it really took off once it started providing those prayers. Now, an average 100,000 people download Abide for the first time each month from Apple and Android stores, he said.

Abide offers users a daily meditation and a library of prayers on different topics—most popularly, worry and anxiety. Users can choose the length of each meditation and the images and sounds that accompany it.

In recent weeks, the app has added a number of healing prayers, too, including a 12-minute coronavirus healing prayer asking God “that those who have the virus will be healed and that its spread would slow and that it would soon be eradicated.”

But an app is no replacement for a church, Jones said.

“People need to be in a local body,” even if that’s meeting from a safe distance through the current pandemic, he said.

“We are that place that people can go in the dark night of the soul at 2 o’clock in the morning when the pastor is not available in churches, open. We’re that place where people can go on the run in their busy lives and still be in Scripture.”

Another app, Pray, launched in 2017 with a vision to become “the digital destination for faith,” according to creator Steve Gatena.

Since adding subscription content to the app last year—like bedtime stories scripted from Scripture and biblical meditations—it’s become the fastest growing religious subscription service in the world, he said.

Amid the pandemic, Pray is offering those meditations for free, as well as content for kids who now are home from school and other services for churches that suddenly find themselves meeting online. And it’s seeing a rise in the minutes users spend listening to the app and in new subscribers, according to Gatena.

“With stress levels climbing by the day, we believe everyone deserves access to programs that help reduce anxiety levels,” he said.

That’s one of the benefits of meditation, he said. It can help users think more clearly, better handle stressful situations and—in the case of Christian meditation—reflect on the word of God.

Pray’s meditations always start with Scripture, Gatena said. Then they move through the popular framework for prayer that follows the acrostic “ACTS”: Adoration, Confession, Thanksgiving and Supplication.

But, he said, he knows the word “meditation” can raise eyebrows for Christians.

Some evangelical Christians have fretted that practices like meditation and mindfulness aren’t Christian, but rather New Age or Buddhist.

Some Buddhists have been critical of the app craze, too, noted Sarah Shaw, an Oxford lecturer and expert on Buddhist history who traces the history of mindfulness in her upcoming book Mindfulness: Where It Comes From and What It Means.

The “new wave” of mindfulness and meditation does come from Buddhism, according to Shaw.

Jon Kabat-Zinn, who introduced the idea of mindfulness as therapy, had prior experience with Buddhism, she said. And Andy Puddicombe, co-founder of Headspace and an ordained Buddhist monk, launched the app on a mission to bring the training he’d received to the masses.

But, she said of mindfulness, “I don’t think anybody owns this word.”

Many religions have different aspects of meditation and mindfulness—even if it doesn’t look the same across traditions or if they don’t use the same words for it, according to Shaw.

In Christianity, she said, St. Augustine wrote about “recollection in everyday life and being aware of God in every moment.” And there’s biblical precedent, too: The scholar pointed to Psalm 8:4, which asks, “What is man, that thou art mindful of him?”

In fact, the term “mindfulness” was first introduced to the English language in the 14th century Wycliffe Bible, she said.

It’s something Shaw believes can deepen the practice of anyone’s religion.

“If you’re mindful of your body and breath, you can’t be worried at the same time. … You become more alert to yourself, and you will then inevitably become more mindful and aware of other people, and, of course, we’re all having to be mindful of everybody at the moment,” she said.

“I think it’s going to be interesting that people will learn how to find peace and happiness in their own company. And I hope it might actually bring about a spiritual revival.”

Reynolds, the nurse, has heard the arguments from other evangelical Christians that meditation is too secular or taken from Eastern religions—certainly not something a “Bible-believing Christian” should do.

“I think it’s interesting that there’s still pushback from people who know Scripture because you see it all throughout the Psalms. David talks about, ‘I meditate on your word day and night,’” she said.

Compared to previous generations, millennials like herself seem “more open and willing to see how mental health and emotional health really ties into us as beings holistically,” she said.

“I really love that people are now learning that the God who created us physically also created the spiritual and emotional and mental sides of us, and those deserve to be fed and treated well, just like we would with eating right and exercising our physical bodies.”

Reynolds downloaded the Abide app about a year ago after she experienced meditation and guided Scripture readings at a retreat she attended with her husband. She has used it several times a week—even more since the coronavirus began its march across the US.

She especially likes the meditations on the app that are pulled from Scripture, she said.

To her, they bring together physical, mental, and spiritual health. Like other meditation apps, she said, they decrease the stress she feels, slow her thoughts and help her sleep better. They also keep her centered and grounded in Scripture and in what she believes to be true about God.

“For me, it was something that was important to keep myself grounded in the truth of God’s word and an easy way to do that. And I have found it to be really, really beneficial.”