As coronavirus shutdowns go on, Christian groups are rallying support for asylum seekers, crowded border camps, and working-class churches.
Bekah McNeel with reporting by AP|April 15, 2020 08:00 AM 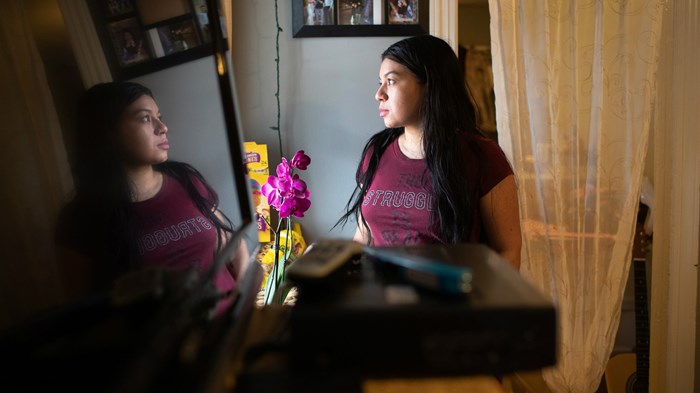 This week, evangelical leaders from nine major organizations wrote the Trump administration to urge officials to release detained immigrants during the coronavirus pandemic, particularly those who are elderly or at higher risk for contracting COVID-19.

They are calling on the church and community partners to “provide any assistance they can” including “safe accommodations in which to ‘shelter in place’ for as long as such practices are advised.”

“Our concern is rooted in our Christian belief that each human life is made in the image of God and thus precious, and, like you, we want to do everything possible to minimize the loss of life as a result of this pandemic,” the leaders wrote in a letter sent Monday to Chad Wolf, acting secretary of the Department of Homeland Security.

The coronavirus pandemic has complicated the already precarious position of those being held in detention by Immigration and Customs Enforcement (ICE) while seeking asylum in the US.

Not only do they worry about their health while living in close quarters, they are concerned about what the crisis means for their prospects of a future in the US. With just a year to apply for legal status, the clock could run out while they are waiting for legal clinics to reopen to help them file their paperwork.

“The shutdowns, while clearly the right thing to do, will worsen massive immigration court backlogs around the country,” said Anna Deal, a consulting attorney for National Justice for Our Neighbors (NJFON), a ministry of the United Methodist Church.

The situation changes daily as courts close and re-open after cleaning with no overarching guidance. Asylum hearings have been pushed back, and some cases—mostly of children— that had been removed from the court dockets are being re-opened by ICE.

In some cases, ICE has cited coronavirus concerns as cause for transferring detainees to new jurisdictions, away from their current legal counsel, Deal said. If asylum seekers go to court without a lawyer, their chances of winning asylum or relief are greatly reduced.

Asylum seekers are struggling on the other side of the border too, with overcrowding at the tent camps that emerged as a result of President Donald Trump’s “remain in Mexico” program last year.

People at the Brownsville-Matamoros crossing are desperate for basic health and sanitation supplies, according to Rondell Treviño of The Immigration Coalition. The South Texas site has just three hand-washing stations to serve the 2,500 asylum seekers in the camp, including 500–600 children.

Within weeks, Treviño’s group has raised over $4,000 from a network of churches in Austin and throughout the South to provide more hand-washing stations. So far, they have covered the cost for six $200 stations, their transport, and their maintenance. “Our hope is once we get these first ones there, we’ll be able to purchase more,” he said, with the goal of providing 10–15 stations and covering the ongoing cost for soap, water, and operations.

Pastors have also rallied to help refugees and other immigrants in their own congregations. They’ve seen how the destabilization from widespread shutdowns has hit these communities hard.

Immigrants tend fall into the categories most at risk in an outbreak and most affected by a recession. The jobs they lose, the jobs they keep, and the dynamics of their communities make it hard to stay physically, economically, and spiritually well.

Churches are used to providing in-person assistance, helping green card holders with unemployment claims, job searches, aid applications, and monthly bills. But the new normal means everything must be done from afar.

“The system has been not easy to navigate from before the crisis,” said Durmomo Gary, who works with World Relief in the Chicago suburbs. Now, he said, it’s further complicated by mass layoffs and the digital divide among some groups of immigrants and refugees. “Honestly, I am overwhelmed.”

Immigrants who work in factories or service jobs have been likely hit with furloughs and layoffs, said Eric Costanzo, pastor of a large Baptist church in Tulsa, which ministers to hundreds of refugees from around the world.

Those who do still have their jobs are in dangerous situations where, he said, despite employers’ best efforts, they are still more exposed to the virus than those who can stay home. If they contract the illness, not only is their health in jeopardy, but their economic stability is even more precarious.

The irony of this particular crisis, according to Gary, is that the people who lost their jobs because they cannot work from home via the internet now need to hunt for new jobs online. White and middle-class churches can step in to help immigrant workers access the aid and job search tools they need by serving as an ad-hoc digital help desk. “That would be an amazing ministry,” Gary said.

Costanzo is also worried that the language barrier makes it more difficult for these workers to understand the severity of the situation, which also makes them less likely to practice social distancing outside of work. From what he can see, he said, they aren’t regularly monitoring CDC updates, and many report that they are still gathering for various functions.

Ethnic churches are often the primary avenue for immigrants to feel connected to people who understand them. Immigrant ministries in English-speaking churches can help newcomers to engage with the larger community. Virtual connection feels especially inadequate to them. “This is mental torture,” Gary said.

While the international Sunday school group at Costanzo’s church is in constant contact over WhatsApp, Costanzo said, most of their ministries to immigrants relied on open doors and face-to-face connection. Refugees would invite their neighbors, ethnic groups would host meals to share their cultures, and the church offered helpful classes that lose some of their appeal online. “All the momentum has been put on hold,” Costanzo said.

A financial crisis looms for immigrant churches as well, said Matthew Soerens, who serves as the national coordinator for the Evangelical Immigration Table and the national director of church mobilization for World Relief. Without internet access at home, very few congregants tithe or donate online. Paying the bills will be difficult if churches can’t pass the plate.

Soerens is asking those who receive stimulus checks but don’t necessarily need them to make ends meet to consider donating them to immigrant churches. Costanzo and others are promoting the Share Your Stimulus movement, which encourages recipients who do not need the money to donate it and to share their story online to encourage others to do the same. (Undocumented immigrants, in addition to not being eligible to collect unemployment, will not receive stimulus checks.)

“I’m aware that we’re in the middle of a really unprecedented public health crisis,” Soerens said. He acknowledged that every community is feeling pressure from multiple angles as schools and businesses remain shuttered. He hopes that in the midst of this, the church will answer the call to serve a group that is always vulnerable, and now faces grim realities that will not end when the height of the pandemic has passed.

With reporting by the Associated Press’s Elana Schor.