New initiative challenges churches and believers: “Scripture makes the pursuit of justice for our neighbors a mandatory part of the Christian life.”
Elana Schor - Associated Press|August 19, 2020 09:39 AM 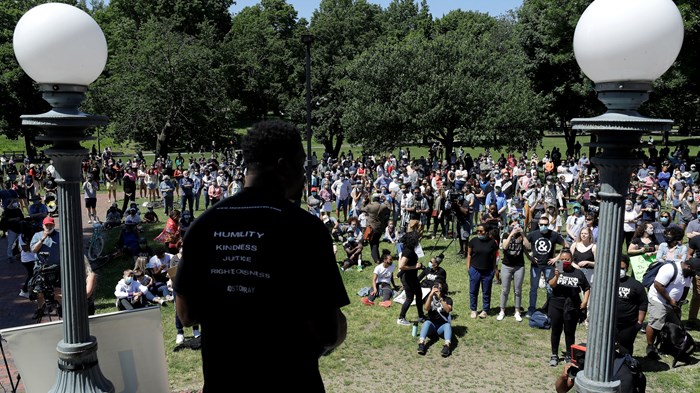 A coalition of Christian groups including the Church of God in Christ and the National Association of Evangelicals is launching a new criminal justice reform push that seeks to rally believers behind policing changes grounded in biblical principles.

Set to be announced Wednesday, the Prayer & Action Justice Initiative has its roots in a campaign started in the aftermath of the coronavirus to help save small churches at risk of closing, with top contributors to that work now channeling their energy toward the criminal justice project. It is expected to include prayer gatherings, nonviolent protests, and policy advocacy—all aimed at advancing the cause of racial equity in the justice system.

“This initiative is confronting the fact that some parts of the church have failed on this, that the church hasn’t been clear,” Justin Giboney, president of the And Campaign, a Christian social justice advocacy group that is leading the initiative, told the Associated Press.

Nationwide protests that flared for weeks after the police killings of George Floyd, Breonna Taylor, Ahmaud Arbery, and other black Americans galvanized engagement by faith leaders from multiple denominations to press for criminal justice reform.

But the issue has faded from public view somewhat as the coronavirus continues to spread, and Giboney described the new project’s mission as, in part, ensuring “that when it’s not on the front page, that we’re still working on it like it is.”

Other groups participating in the new coalition include the Center for Public Justice, Prison Fellowship, the American Bible Society, the Asian American Christian Collaborative, the National Day of Prayer, and World Relief. Former pro football player and outspoken Christian Benjamin Watson also is part of the coalition. Giboney predicted that its numbers would grow as other Christian organizations and congregations sign on.

At the heart of the nonpartisan effort are a set of broad priorities that include some specific policy changes. For example, the initiative is calling for greater public disclosure of reports on use of force by law enforcement agents, deaths in custody, and other metrics.

Other elements of its agenda include easing sentencing laws and limits on parole releases, as well as the use of faith-based prison programs and other infrastructure to help inmates prepare for life after release.

The project comes two years after President Donald Trump signed a bipartisan criminal justice reform bill into law that moved ahead thanks in part to the support of some leading Christians, including evangelicals and black ministry leaders. However, the changes that measure made were widely seen as only a beginning of work on the issue.

Giboney said the new initiative will largely emphasize state and local progress even as it keeps a nationwide focus, with organizing efforts already underway in New York, Atlanta, Chicago, and Philadelphia.

Despite the partisan heat of the impending election, Giboney—an attorney and political strategist who served as a Democratic National Convention delegate in 2012 and 2016—vowed to separate its work from ideological divisions.

“Put that to the side right now and really focus on people, on human dignity,” he said.