Can schools learn from summer successes and outbreaks?
Megan Fowler|August 10, 2020 08:00 AM 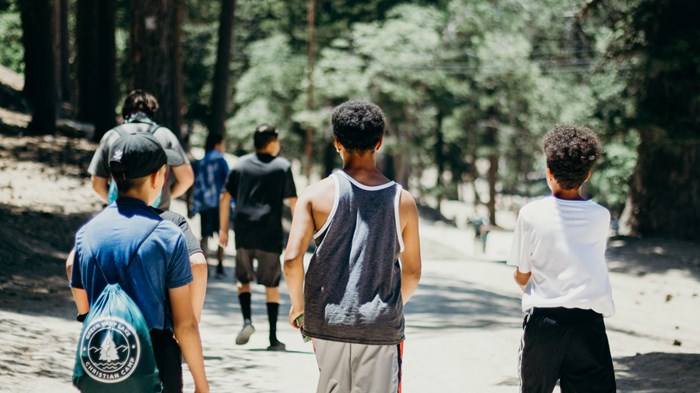 Even with increased safety protocols in place, some Christian camps could not keep out COVID-19 this summer.

Week after week, the headlines tracked the outbreaks: 82 cases at Camp Kanakuk in Missouri, an evangelical camp that draws kids from 10 states. Dozens at a church camp in Keller, Texas, and more at Allaso Ranch in Hawkins, Texas, where kids worshiped together unmasked. At least 54 people at Springs Ministries Summer Camp in Michigan tested positive. Another 25 campers and staff, all under 20, caught the virus at Trout Creek Bible Camp in Oregon.

Then, a Centers for Disease Control investigation revealed the largest case: a single YMCA camp session in Lake Burton, Georgia, where 260 of the 597 campers and staff members (44%) contracted the virus within days.

According to the Christian Camping and Conference Association (CCCA), the outbreaks represent a minority of its 870 member camps, only 7 percent of which had reported confirmed COVID-19 cases among campers or staff last month. Camp High Harbor, the YMCA camp in Georgia, is not a CCCA member.

“CCCA has encouraged our members who have chosen to open to stringently follow the CDC guidelines and to adhere to local health department regulations,” CCCA president Gregg Hunter said. “The report out of Georgia punctuates that need with an emphasis on the need for vigilance in mask-wearing.”

As CT previously reported, camps wrestled with regulations and risks in the spring, and many opted to cancel in-person programing (62% of camps overall, according to a survey by camp technology platform CampMinder). Some, like Kanakuk in Missouri, opened but then canceled when the coronavirus situation changed.

Even though Camp High Harbor started sending home campers the same day they learned of the positive COVID-19 test, it wasn’t enough to contain the spread. The camp had organized the campers into smaller groups, encouraged social distancing and hand washing, and required staff to wear face masks, but failed to follow several key recommendations. It had not required campers to wear masks, had not opened windows and doors when campers were inside, and had held activities that included “daily vigorous singing and cheering.”

“This investigation adds to the body of evidence demonstrating that children of all ages are susceptible to SARS-CoV-2 infection and, contrary to early reports, might play an important role in transmission. The multiple measures adopted by the camp were not sufficient to prevent an outbreak in the context of substantial community transmission,” the CDC report said.

The outcomes from summer camp during the pandemic can be worrying for schools preparing to reopen for the fall in some places.

But the American Camping Association (ACA) disputed the assertion that the situation at Camp High Harbor spells doom for schools that bring students back to the classroom.

“More than 3,000 day and overnight camps are running in-person programming for children across the US this summer," said Tom Rosenberg, CEO of the ACA (a quarter of its members are faith-based camps). “Camp directors reported that many children arrived feeling anxious, out of shape, or disconnected. They desperately sought—and ultimately found—the belonging, independence, and resilience they have needed for months. If schools are going to be successful this fall, they must act on what we’ve learned at camp this summer.”

Even with truncated or adjusted camp sessions, many Christian leaders agreed.

“Parents and campers have been so grateful for the opportunity to safely gather and encounter God in new ways,” said Deanna Christensen, executive director of Cross Trails Ministry, which operates two camps in West Texas. The theme for this summer was “Tales of an Epic God,” which “turned out to be a great theme for the time we are in.”

Cross Trails delayed the start of camp by two weeks, operated at 50 percent capacity, and reported no COVID-19 cases, yet called off the camp for the summer after three camp sessions as the number of cases surged in nearby Austin and San Antonio, and the state of Texas issued more stringent guidelines for overnight camps.

Outside Houston, Camp Cho-Yeh had 13 coronavirus cases among 1,001 campers, all of which were reported after leaving camp. President and CEO Garret Larsen still counts 2020 as a successful summer. Cho-Yeh initially canceled summer programming in March, but decided in June to open the camp on a smaller scale.

With cabins filled to half capacity, the Cho-Yeh experience was more intimate than before, and Larsen believes campers appreciated it after months in isolation. At the conclusion of one camp session, parents reported to Larsen that the smile they saw on their daughter’s face was the first they had seen in months.

“The resounding theme among our camper parents has been that the benefit of camp far outweighs the risk of COVID-19 for our campers,” Larsen said.

Christian Camps Tried to Keep COVID-19 Away. It ...