Leslyn Lewis is a long shot for party leadership, but she’s showing the country a savvy way to talk about faith in politics.
Adam MacInnis|August 18, 2020 09:00 AM 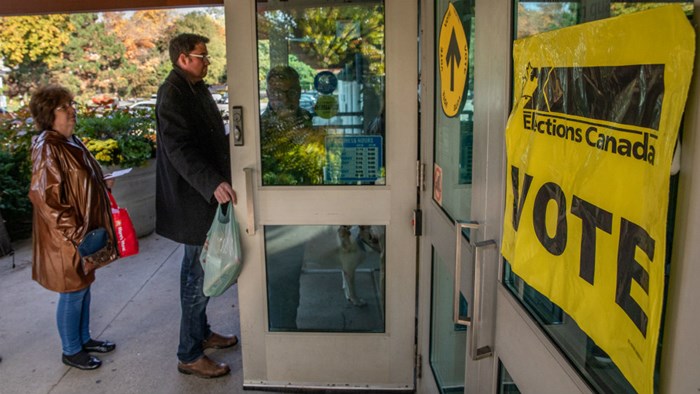 Leslyn Lewis stands out from her competitors for leadership of Canada’s Conservative Party. She’s the only woman. The only person of color. The only immigrant.

She’s also the one who speaks most publicly about the importance of her faith.

Lewis is a long shot for party leadership, behind political heavy weights Peter MacKay and Erin O’Toole. But the fact that she’s even being considered as a credible contender has come as a surprise to many political observers.

In a country where religious faith is generally kept private and elected officials have struggled even trying to explain how deeply held Christian values could influence political decisions, Lewis has won fans across the country for her ability to speak about her evangelical beliefs in the public sphere. A member of the Pentecostal Assemblies of Canada, she’s able to speak about her faith in a way that inspires socially conservative Christians, while not alienating everyone else in Canada.

“She’s a perfect example of someone who has been smart and strategic about putting ideas out there,” said Michael Zwaagstra, a municipal council member in Manitoba, who has been public about his own faith throughout his personal political career. He told CT he has already mailed off his ballot for Lewis.

Votes can be mailed in until August 21 and will be counted after that. No official date has been set for the final tally. Whomever wins the election will lead the opposition party in parliament and attempt to regain control of the government when the next federal election takes place. 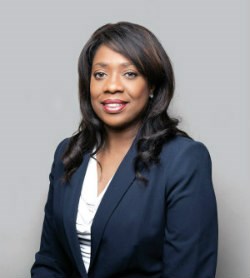 Polls show Lewis in third. MacKay leads the race with the support of 55 percent of likely Conservative voters, followed by O'Toole with 25 percent. Lewis has about 11 percent, but her campaign has pointed out she is closing the fundraising gap, suggesting she’s gaining momentum in the race. In the first quarter, Lewis raised about $450,000 Canadian, compared to MacKay’s haul of more than $1 million. In the second quarter, however, while MacKay raised another $1 million, Lewis brought in about $990,000.

Andrew P.W. Bennett, a program director of the Cardus, a Canadian think tank that seeks to “translate the richness of the Christian faith tradition into the public square for the common good,” has also been watching Lewis’s rise in the Conservative race. Though he doesn’t consider himself particularly partisan, the ordained deacon in the Ukrainian Greek-Catholic Church is a fan of Lewis’ approach.

“I think she’s just tremendously honest and very clear and open about who she is,” Bennett said. “Some people might say that’s naive. I think it’s tremendously savvy.”

Win or lose, Lewis’s greatest accomplishment may be showing that it is possible for a Christians to speak publicly about their faith in Canadian politics.

Justin Trudeau’s Liberal Party caused serious soul searching in the Conservative Party when he won the federal election for a second time. Many felt that leadership failed to capitalize on Trudeau missteps, such as three photos that surfaced of the prime minister in blackface as a teen and young adult.

MacKay, who had been an important leader in the party before leaving temporarily in 2015, blamed the party’s main problem as the “stinking albatross” of an unclear stance on social conservatism. As a candidate for leadership, MacKay has distanced himself from social conservatism. He supports expansion of LGBT rights and says he wants the party to be more progressive in the future.

But Lewis has taken a very different approach. She has remained firm on conservative social issues and spoken openly about her Christian faith but in a way that seems politically interesting and could appeal to a broader Canadian public.

Lewis looks for common ground. For instance, on the issue of abortion, she has not said that she would ban all abortions. Instead she has advocated a ban on sex-selective abortions and cutting funding for abortions overseas—positions with widespread support, even among Conservative Party members who don’t consider themselves social conservatives.

Lewis’s approach may suggest a way forward for Christian politicians in Canada.

While there are many similarities between Canada and the US in heritage and culture, the countries are very different when it comes to politics. Founded just six years after the start of the US Civil War, Canada’s foundation of governance was in many ways a reaction to the American model and a return to the comfort of the British Parliamentary system.

He believes those foundational differences have played a role in how Canadians and Americans view faith and politics. Many Canadian politicians are committed Christians, including prominent Green Party leader Elizabeth May, who has considered becoming an Anglican priest, and former New Democratic Party leader Jack Layton. Few, however, talk about the ways their faith informs their politics or make explicitly religious arguments for their proposals.

Chamberlain said this is a notable different between US and Canadian politics. Many early American leaders saw the country as a religious project, a Christian nation, and adopted biblical language that equated citizenship and faith. Evangelicals in the 20th century often picked up this language like a torch, promoting America as a “city on a hill,” for example.

“We’ve never had that in Canada,” Chamberlain said. “Canada has never understood itself to be the city on a hill.”

Zwaagstra says evangelicals face a lot of social pressure to keep quiet and rather than face unwanted criticism, many politicians simply don’t talk about their faith. Conservative Stephen Harper, who was prime minister of Canada from 2006 to 2015 is an example of this. While US presidents during his tenure welcomed evangelical supporters, Harper seemed to always be afraid he’d get caught with that label.

“Harper did everything he could to get [evangelical supporters] to be quiet—to stop talking about gay marriage and abortion,” Zwaagstra said. He saw “faith voters” as a liability, rather than a group he could mobilize.

Some of those same voters are now looking to Lewis with hope. Her social conservatism, they feel, could earn them a place in the public conversation. Lewis is seen as a more credible proponent of conservative views, too, because she is a black woman.

“It sounds different coming out of her mouth,” Chamberlain said.

At Cardus, Bennett sees dangers associated with both the American and Canadian approaches to religion and politics. He worries that in some ways, Christians in the US have come to conflate their faith and politics. While he believes Christians should be involved in politics and be active and informed citizens, it is dangerious when politics becomes core of a person’s identity.

“We should be careful hitching our wagons to a particular political party hoping it will advance the gospel,” he said. “That’s not the purpose of political parties.”

But in Canada, he said, it is troubling to see Christians distance themselves from their faith or claim it has no impact on how they think or what they value.

Bennett said Christians in Canada who want to talk publicly about their religious comments often struggle with how to put their faith forward in the public square. And when Christian politicians are asked about their faith and don’t give an answer, it makes it look like they are hiding something.

“I think we raise suspicion when we’re not honest,” Bennett said. “If you’re not being fully honest with people, they’re going to respond negatively. Be honest about what you believe.”

Lewis models this and gets plaudits even from her opponents for authenticity. If she wins, or even just demonstrates that it’s conceivable for a social conservative to win, she may well prove the moral of every Disney movie for evangelical politicians: Just be yourself.