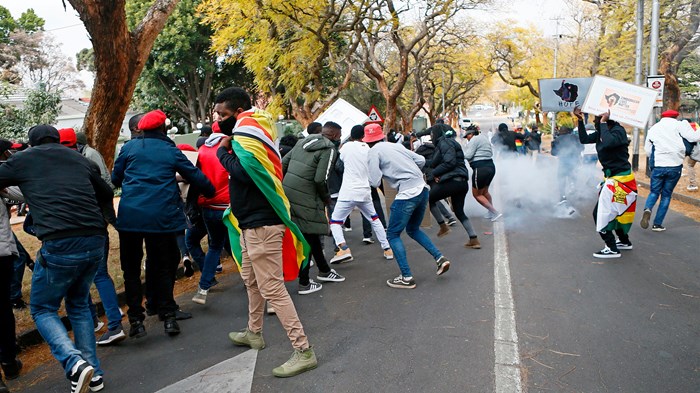 Zimbabwe, in its 40 years of independent history, has “never enjoyed life.”

And as the Evangelical Fellowship of Zimbabwe (EFZ) stands in solidarity this week with maligned Catholic bishops accused of fomenting genocide, its president, Never Muparutsa, told CT the Southern African government is failing to honor its biblical responsibility.

There are too many poor, amid official repression.

The problems predate the presidency of Emmerson Mnangagwa. In 1965, white apartheid settlers declared the independent nation of Rhodesia; however, it was not until 1980 when Robert Mugabe’s violent revolutionary movement achieved universal suffrage.

But failures in economic integration, anti-white racism, and political corruption plagued the renamed nation of Zimbabwe. After nearly three decades in power, an aged Mugabe was overthrown by the military following sustained popular protests in 2017.

Initially lauded across the continent as a pioneering African nationalist, by the end Archbishop Desmond Tutu called Mugabe “a cartoon figure of an archetypal African dictator.”

Mnangagwa, Mugabe’s vice president, was installed as his replacement by the military, and ushered in a new period of hope after he won election in 2018. He passed the National Peace and Reconciliation Act to address the 1983–85 massacres in which up to 20,000 civilians were killed.

But worsening economic conditions led to sometimes riotous protests in January 2019, which were forcibly suppressed by Mnangagwa’s administration, with hundreds arrested. One month later, the Zimbabwe Heads of Christian Denominations (ZHCD) launched the nation’s first National Leadership Prayer Breakfast to appeal for dialogue.

Zimbabwe’s population of 14 million is 86 percent Christian, and the ZHCD is the umbrella organization uniting the four primary expressions of the faith.

In 1993, the ZHCD helped organize the nation’s indigenous churches, many of which are syncretistic in practice, into its fourth member body, the Union for the Development of Apostolic Churches in Zimbabwe.

In October 2019, the four groups collectively called for a “seven-year political sabbath” to reset the nation and address its polarization and economic decline.

But as inflation soared over 800 percent, protests scheduled for July 31 last month were also squashed, with a prominent journalist and opposition leader put in prison. The EFZ warned the moment was a crossroads for the country, endorsing the “Zimbabwean Lives Matter” hashtag.

And last Sunday, the Catholic bishops authorized the nationwide reading of a definitive statement.

“Fear runs down the spines of many of our people today,” it said. “The crackdown on dissent is unprecedented ... Our government automatically labels anyone thinking differently as an enemy of the country: That is an abuse.”

The government responded immediately by calling the bishops “evil-minded,” seeking to lead the nation into the “darkest dungeons of Rwanda-type genocide” in pursuit of a Western agenda of regime change.

The next day, the EFZ responded.

“We stand with the truth that the Catholic bishops so ably articulated,” read its statement, “the truth of a multi-layered crisis of … economic collapse, deepening poverty, food insecurity, corruption, and human rights abuses.

“We stand with the truth that the government is focused on things other than national democratic priorities.”

CT spoke with EFZ president Never Muparutsa, presiding bishop of the Pentecostal Assembly of Zimbabwe, about ecumenical cooperation, the focus on accountability, and his hope in launching 90 days of prayer and fasting: 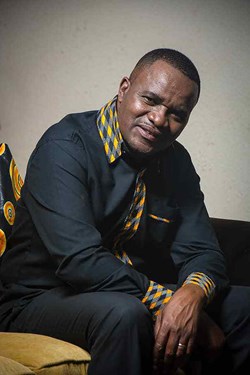 With such Christian diversity in Zimbabwe, why did you pursue unity?

It came from necessity. There are theological differences between us over speaking in tongues, church authority, and syncretistic practices. But for the purposes of moving our mission forward, since all claim to be Christians, at the ecumenical level we have to come together.

We realized that when we are divided, politicians take advantage. We have not eradicated this completely; politicians still divide us for particular agendas. But we have all agreed that in national matters we must be united, in order to move society in a positive direction.

What are your essential national issues?

The church must be nonpartisan, but at the same time be concerned about the well-being of the general population. We must be the voice of the weak and the voiceless. We must hold our government accountable when it comes to looking after the vulnerable.

Sometimes this makes us look like we are pro-opposition. But we have nothing to do with the opposition, because they are not in power. Our interactions instead are with those in power, because they bear the responsibility.

But we must also come together to hold ourselves accountable, to prevent our members from working against the government—or benefitting from it.

How do you accomplish this?

Within its jurisdiction, each umbrella organization is expected to intervene in areas of dispute, but with limited authority. We go not to discipline, but to persuade. We approach the most senior leaders, relying on our relationships.

Where there is a good relationship, there is a better chance to achieve reconciliation or rebuke.

How does it work within the ecumenical umbrella?

We make decisions based on consensus, after each grouping has gone back to its membership for feedback and support. It can be cumbersome.

But with all that is going on now, we have to make sure we are on the same page. Then we can ask together: Where is the nation going, and how can we help our politicians and hold them accountable?

Each group is encouraged to act where it is strong. Catholics are good in issues of peace and justice. We are understood to be people of prayer. The ZCC is known as being active in civil society. Then we bring it all together, to forge our common path.

Politicians come from society, so I imagine most are members of one church or another. How do you navigate the affiliation of a politician, who might want to leverage support from his church, even if to do something good?

It is not easy. When we meet, we separate the issue from the person. There have been casualties. We have individuals who have been compromised by political prizes here and there. As leaders, even when things are going well, you have to be above board, because tomorrow your stance might compromise you, even if you did not intend it at first.

We feel sorry for them, because we have to approach them at the level of conscience, asking them to do what is right.

What has it been like through the political upheaval of the past several years? Is ecumenical cooperation increasing, or is it increasingly difficult to manage?

From 2004–2006, when our economy first came under pressure, our cohesion and unity became more pronounced. As churches we produced a document called, “The Zimbabwe We Want.” It was not easy, amid many differences. But it produced a very powerful statement, and was launched by the former president himself. And our new constitution borrowed from it as well.

During this time, the church became very strong, and we are getting stronger, especially when there is a crisis. When things are calm, we tend to go back to our individual groupings. But since that time, there is a more comprehensive cohesion, through which we developed our values and vision.

So why is the situation so difficult now?

The former president left us with a system of misgovernance, human rights issues, and international sanctions. We were all very happy when [Mnangagwa] was elected, hearing that he would turn over a new leaf. There was so much hope. Having been part of the system, we expected he would learn the lessons of the past and bring us back into the family of nations.

But with the COVID-19 pandemic, problems began to multiply. We were already suffering, and our health situation became dire. The majority of our people live hand-to-mouth. But as workplaces closed due to the lockdown, there was civic upheaval because people were hungry.

On June 1, we called for 90 days of prayer. On the 15th day, the president called for a national day of prayer, and we supported him. We don’t necessarily blame the president for all the problems, but there is a lack of leadership to bring everyone to the table.

And this is why you stood with the Catholics?

The Catholic letter was trying to provoke discussion, not give an insult. It pointed out problems like all of us were doing. But it received such a strong backlash.

We felt that given the situation in the country, if we just stand by and watch, we don’t know what will happen. We have journalists and activists in prison. There have been abductions with perpetrators unidentified, making us all vulnerable.

The 90 days of prayer will end on August 29. What are your hopes for Zimbabwe, in how God might move on behalf of the church and country?

We need a better future. We have suffered enough over 40 years, having never really enjoyed life. Zimbabwe has been given many natural resources and riches, and if our leaders are gifted enough, they can exploit these for the benefit of the people.

We are praying that the church will raise up disciples, who in the future will be good politicians. We blame ourselves. We have what we deserve, because we have not done a good job.

We want God to help us achieve the Zimbabwe we want, with freedom of speech, access to the wealth of the nation, and an uprooting of corruption.

This is the Zimbabwe we believe God wants, too.