Priesthood of All Professors? Court to Consider ‘Ministerial Exception’ for Gordon College

Decision could impact freedom of faculty, ability of evangelical institutions to hire and fire.
Daniel Silliman|December 28, 2020 06:00 AM 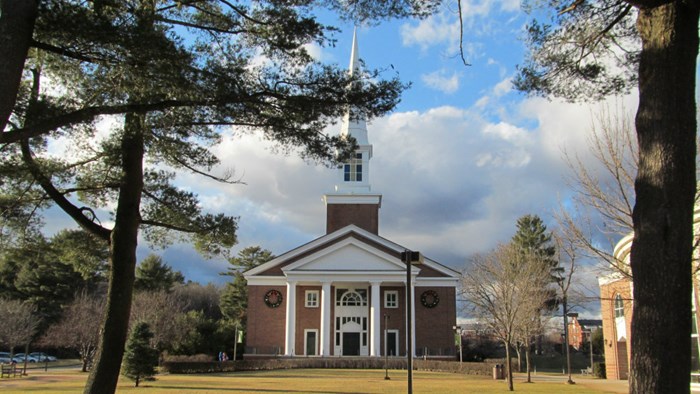 One of professor Margaret DeWeese-Boyd’s students thought she did a “great job of connecting class materials with Christian faith” in her Gordon College social work course. Another said that after nearly 30 years teaching at the Christian liberal arts school, DeWeese-Boyd excelled at “incorporating our faith into our materials, calling us to be relevant and apply our materials to our Christian life.”

Does that mean she was a minister?

A Massachusetts court will weigh that question in a hearing on January 4. The decision in the lawsuit between the former professor and Gordon College could have far-reaching implications for other evangelical institutions of higher education and the many people who work for them.

DeWeese-Boyd was denied promotion to full professor in 2017, against the recommendation of her department and the faculty senate. She alleges the administration was retaliating against her for her opposition to the school’s policies on sexuality and the way those policies hurt LGBT students and faculty. DeWeese-Boyd also says the administration punished her more harshly than male professors who had taken similar stands. She sued, alleging discrimination.

Gordon, however, is arguing that faculty are not covered by anti-discrimination protections in federal employment law, because professors are ministers and the Supreme Court has held there is a “ministerial exception” to those protections.

According to Gordon president D. Michael Lindsay, the school’s professors are Christian educators, required to “profess the Christian faith; to assist students in their spiritual journey as part of their intellectual formation; to be available to minister to students with questions, personal needs, spiritual exploration,” and “to inculcate the Christian identity and transmit it to the next generation.” (Lindsay is on CT’s board of directors.)

Lindsay told a lower court that this is clear to professors when they are hired and a regular part of their performance reviews.

“When I interview a faculty member, I will liken joining Gordon College to joining a religious order,” he said.

DeWeese-Boyd counters that being a Christian educator is not the same as being a minister.

Neither side disagrees with the ministerial exception, which the Supreme Court first articulated in 2012 in Hosanna-Tabor Evangelical Lutheran Church and School v. Equal Employment Opportunity Commission.

The court’s ruling in that case was unanimous: A Michigan teacher, who was let go after a medical condition made it difficult for her to teach—though she and her doctor both said she could manage—did not have the right to sue. The dismissal might or might not have qualified as discrimination, but even if it did, religious organizations are allowed to discriminate. The legislature cannot pass a law that interferes with religious groups’ protected right to decide for themselves who will “preach their beliefs, teach their faith, and carry out their mission,” the court said.

Chief Justice John Roberts wrote, however, that the ruling did not set out “a rigid formula for deciding when an employee qualifies as a minister.”

Gordon and DeWeese-Boyd do not agree on a formula or even the criteria for classifying someone as clergy—who should be excepted in the ministerial exception. Both parties are pushing the court to adopt their definition of minister.

DeWeese-Boyd’s attorney writes that the professor wasn’t a minister because her “title was secular, the college viewed her as having a secular role, and she saw herself as having a secular role for the college.” The professor did write about being a Christian scholar and integrating her faith into her teaching and scholarship, but “being an active member of the Christian faith is not sufficient to make someone a ministerial employee,” according to Schwab.

Gordon, on the other hand, argues that its religious commitments are essential to the identity of the school, not just “sprinkles on top.” Because the college is religious, the faculty are ministers.

“If Gordon is not a religious institution of higher learning, it is hard to imagine how any religious college could be,” wrote Jeffrey McAllister, the attorney representing the college. There is an “abundant record [of] evidence, including Gordon’s Faculty Handbook, plaintiff’s own tenure papers, and feedback from plaintiff’s students, that unmistakably establish that plaintiff was mandated to, and did, instill the evangelical Christian faith into her students and helped form them in that faith.”

The Supreme Court revisited the question of the definition of minister this year in Our Lady of Guadalupe School vs. Morrissey-Berru. The majority of justices decided, 7–2, that “what matters, at bottom, is what an employee does.” A religious community may not officially ordain a minister or even call them a minister, but if the person does religious work, that person is legally a minister.

This is even true, Justice Samuel Alito wrote in that case, if a teacher doesn’t mainly teach religion, but contributes to the school’s religious mission in a more general way.

Justice Sonya Sotomayor dissented, writing that this “simplistic approach has no basis in law and strips thousands of schoolteachers of their legal protections.”

DeWeese-Boyd’s suit against Gordon is believed to be the first major test of the decision in Our Lady of Guadalupe. At a time when evangelical higher education is struggling and faculty and administrators frequently find themselves at odds over the future of their institutions, many are looking to this case to see how the courts will apply the 2020 ruling.

The Council for Christian Colleges and Universities says the “case holds important ramifications for all of Christian higher education.” In an amicus brief, filed in defense of Gordon, the organization says that, “At Christian colleges and universities, all courses are infused with faith. That is the distinctive promise a typical religious college makes to students and their families—that all instruction will be shaped by the school’s particular theological understandings. Thus, the social-work course, the math course, and the English literature course are all taught and studied from a faith-based perspective.”

According to her student evaluations, DeWeese-Boyd did that. The question the court has to consider is whether that made her a minister.

Priesthood of All Professors? Court to Consider ‘Ministerial Exception’ for Gordon College

Priesthood of All Professors? Court to Consider ...