Hundreds of American Christian leaders have been invited to Anglican events—then asked to pay up.
Kate Shellnutt|January 10, 2020 09:18 AM 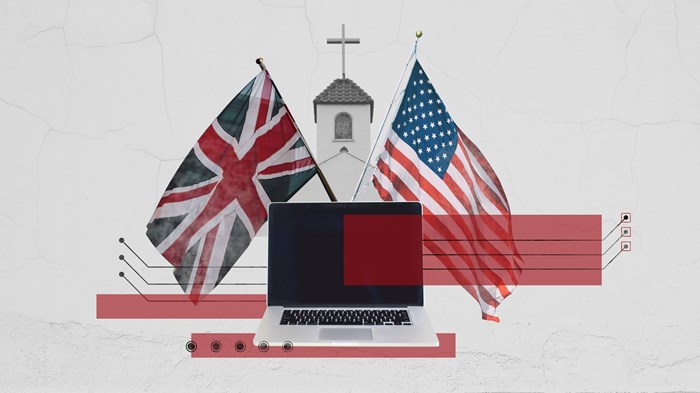 Late last year, writer Jonathan Merritt was offered the keynote spot at a church conference in Scotland. The cathedral provost emailed him, saying, “we received the Lords direction to invite you to speak in this event.” He detailed the tradition of annual lectures at St. Andrew’s in Aberdeen—this year’s theme “carefully chosen by the Lords’ inspiration due to the backdrop of the present situation in the United Kingdom”—and offered to pay Merritt a speaking fee and cover his travel expenses.

It took a few more email exchanges before Merritt and his assistant realized that these messages weren’t really from Provost Isaac Poobalan at all—typos and clunky language began to tip them off—and that the supposedly 600-person conference scheduled to take place at the church later this month wasn’t even happening.

“I almost flew to the UK in 2 weeks for a FAKE event!” the author of Learning to Speak God from Scratch tweeted last week. “In Nov 2019, someone impersonated a real religious leader to invite me to speak. I thankfully caught it last min, but some creepy European out there wants a Jonathan Merritt flesh-coat baaaadly, and I’m not even kidding.”

This email scheme has become the “Nigerian prince” offer of the Christian speaking circuit, with hundreds of US Christian leaders invited to events at UK churches by scammers who hope to collect hundreds of dollars in visa fees ahead of the purported conferences.

The real administrator at St. Andrew’s, Lynda Johnston, says at least 30 Americans targeted by the scam have contacted the cathedral, including a number of “very interesting and potentially well-off individuals.” The church had to put up a notice on its website saying, “no such conference happening here at the Cathedral, and no emails were sent by Provost Poobalan.”

Over the past year, invitations have been sent out for a conference called “Big Things: How to start small” under the guise of more than a dozen unsuspecting Anglican churches. Some version of the scam dates back to at least 2012. Several Christians—including Michael Wear, Carlos Whittaker, Philip Nation, Larry Crudup, and Megan Alexander—replied to Merritt to say they’d also received similar invites.

According to Johnston, the emails coming from a Gmail account set up in Poobalan’s name (not an official church account) originated from an IP address in Nairobi, Kenya. The messages use real names and addresses of UK churches and leaders, often with a Bible verse in the email signature.

Alexander, an Inside Edition correspondent and Christian author, this week received a second identical invitation to an upcoming “Big Things” conference, just with the names and location changed to another parish. She told CT she had initially been interested in the Aberdeen event since its theme happened to line up with her book Faith in the Spotlight, but her speaking agent confirmed it was a fraud after contacting the church directly.

“The scam is not immediately obvious in that it does not request money or (ask) you to click on any links,” said Adam Kelk, operations manager for St. Botolph’s Church in Boston, England, which has been named as the location for the conference twice, including a current iteration of the scheme mentioning a March 2020 event. “We have been informed that upon replying the scammers then send out a second email which requests money to cover expenses/visas, etc. The emails have been sent mainly to people who are in America, hence the request for expenses.”

Many Christian personalities at all levels—from first-time authors to celebrities like Tim Tebow and Sadie Robertson—speak at conferences and events as a way to spread their messages and earn income. (One major agency, Premiere Speakers Bureau, lists more than 200 Christian speakers across many fields, with fees starting at a few thousand dollars.) It’s not unusual for a church they’ve never heard of to reach out with a speaking opportunity. With the “Big Things” scam, most were contacted through forms on their websites or through their speaking agents.

Joy Eggrichs Reed, founder of Punchline Speakers, said the agency and several of its clients were invited to the same conference as Merritt and Alexander. Reed warns speakers to watch out for when event coordinators “fail to answer the simple questions sent in response,” as it could be a sign of a scam.

“In our case it was asking which speakers they were interested in, discussions of budget, and logistics,” she said. “They just continued to reply with what felt like auto-responses filled with somewhat nonsensical theological sentences that seemed to be done in Google translate: Sending out the invitation to you is by virtue of Gods bearing plus human recommendation, We need you to use your wealth of experience to sensitize the congregation.”

Luckily, most who expressed interest in the fake conferences stopped short of paying to go. Author Anna LeBaron—who wrote The Polygamist’s Daughter: A Memoir and shared her testimony in CT in 2017—was on board with the Big Things conference “scheduled” for September 2019 at St. Luke’s Church in West Norwood, London, until she received a request to wire-transfer the charges for her work permit.

“This is when my assistant and I began to feel that something wasn't quite right,” she said.

Patrick Schwerdtfeger posted back in 2012 about the “UK Work Permit Church Scam for Speakers,” warning that he had paid over $1,000 in a wire transfer after exchanging over 50 emails with scammers posing as leaders at an evangelical church in Wales.

In recent months, commenters have visited Schwerdtfeger’s blog to report further scam emails sent out last year, claiming to be from multiple churches in London, Manchester, Cardiff, Norwich, and Worcestershire, in addition to St. Andrew’s in Aberdeen.

While the church is not actually hosting a conference in mid-January, St. Andrew’s still hopes Americans come visit (no shady wire transfers needed), since the cathedral holds a special connection with the States. The church is the site of the 1784 consecration of the first American Episcopal bishop, Samuel Seabury. Seabury wrote “Free Thoughts on the Proceedings of the Continental Congress” and is featured as a character in the Hamilton musical (see “Farmer Refuted”). In his honor, St. Andrew’s historic sanctuary displays a stained glass with an angel carrying the “stars and stripes,” said Johnston.