The British evangelical led Operation Mobilisation through time of transition.
Daniel Silliman|July 17, 2020 06:30 AM 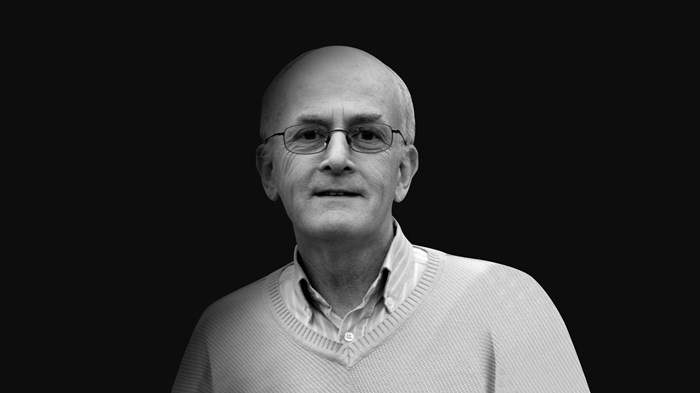 Peter Maiden, a British evangelical who transitioned one of the world’s largest missionary organizations into an era of global leadership, died on Tuesday at the age of 72.

Maiden served as the No. 2 at Operation Mobilisation (OM) for nearly 20 years, working as associate director and strategic planner for founder George Verwer before taking over as director in 2003. At the time, OM was the third largest missionary organization in the world, after Campus Crusade for Christ and Gospel for Asia.

When he took the lead, Maiden said OM needed to grow and change. The ministry needed to move past the “pioneer era,” where an organization is very closely identified with its founder, and away from the Western missionary model of “sending” and “receiving” countries.

Maiden thought that in the future, the work of spreading the news of Jesus should be led by Christians from all over the world, with missionaries coming from everywhere and going to everywhere.

“The mission of God is to redeem this fallen creation from its groaning and its pain. And within that, to redeem people from every tribe, every tongue, every nation, to the praise of God’s glory,” he later explained. “There will be all kinds of people gathered around the throne in heaven worshipping the lamb. That’s the future. And we must prepare for it.”

When Maiden retired in 2013, OM had nearly 7,000 missionaries from 100 countries proclaiming the gospel in 118 countries. Maiden passed the leadership role on to Lawrence Tong, a native of Singapore who did groundbreaking mission work in China. Today, members of the OM board come from six continents.

“OM’s leadership had been very Western-dominated, and we were seeking to make the movement more comfortable for non-Western people to move into significant responsibility,” Maiden said in a 2017 interview. “We only took the first steps in this transition. Lawrence has carried that forward much further.”

Maiden was born in Carlisle, England, in 1948. He was raised in an evangelical family that regularly attended the Keswick Convention, in the nearby Lake District, where young Peter heard about the importance of trusting God and following his calling in your life. Maiden said he never remembered a day where he didn’t love Jesus—but added he knew there were some days he didn’t love Jesus as he should.

The Keswick movement has a strong missionary tradition. Amy Carmichel dedicated her life to missionary work at a Keswick Convention after hearing Hudson Taylor speak about his work spreading the gospel in China.

Maiden, however, did not see himself as a missionary. He pursued a management training program while simultaneously working as a lay preacher. The preaching won out, and Maiden joined Open-Air Mission, a street-preaching organization.

George Verwer, an American who was shipping evangelical books and tracts from the United Kingdom to India, heard Maiden preach and recruited him. Maiden started at OM in 1974. After about a decade, Maiden became the associate international director and the “heir apparent” of the rapidly expanding missionary organization.

Despite his long tenure at OM, Maiden was surprised in one way to find himself head of the organization: He’d never been a missionary. Maiden never lived in a cross-cultural situation or even anywhere besides his hometown of Carlisle.

He accepted that his administrative skills and vision were what OM needed for that moment in history, when he found another reason to question his call: His eldest son was diagnosed with Crohn’s disease, a chronic bowl inflammation that can be debilitating and even life threatening. As he travelled internationally to support OM missionaries, Maiden tried to call his wife, Win, every day to check on the condition of their son.

“Is this really the right job for me?” he recalled praying after one telephone conversation. “Really?”

Then, when Maiden was home, his son got very sick and spent 36 hours in the hospital. Maiden argued and negotiated with God until a medical professional recognized the teenager was having a reaction to some medicine and made a change. The boy was fine. Maiden felt convicted that he hadn’t trusted God—either with family or his work.

“I was not as grateful as I thought I was,” he later wrote, “nor as submissive to a sovereign God.” He decided to accept that God had put him in the position to lead OM for a time.

In addition to his work at OM, Maiden served as an elder for his church, a trustee for a British Bible college, and chairman of the Keswick Convention. He spoke at Keswick numerous times about the need to surrender to God and trust his good plans for your life, as well as about the importance of missions. Every time, he directed his listeners back to Jesus.

“This is the conviction which is at the very heart of all Christian mission,” Maiden preached in 2013. “The very simple conviction that the presence, the life, the truth of the risen Jesus changes everything.”

Maiden was preparing to leave OM in 2013. Yet even when he looked at the growth of the missionary organization, with expanded global leadership and annual donations of $25 million per year, his still felt a sense of unchecked urgency.

“I’m desperate to get the message and the life of Jesus out into this world,” Maiden said, “because we know that when we do that, broken lives will be mended, hopeless scenarios transformed, and situations of sorrow will be turned into joy even in the middle of the pain.”

After he retired, Maiden wrote several devotional books, including Building on the Rock, about the importance of finding your identity in Christ, and Radical Gratitude, which he wrote while he was dying of cancer.

Maiden is survived by his wife, three children, and 10 grandchildren.