The Christian viral video-maker is back online after confessing his “sexual sin and addiction” and seeking treatment.
Kate Shellnutt|July 15, 2020 09:21 AM 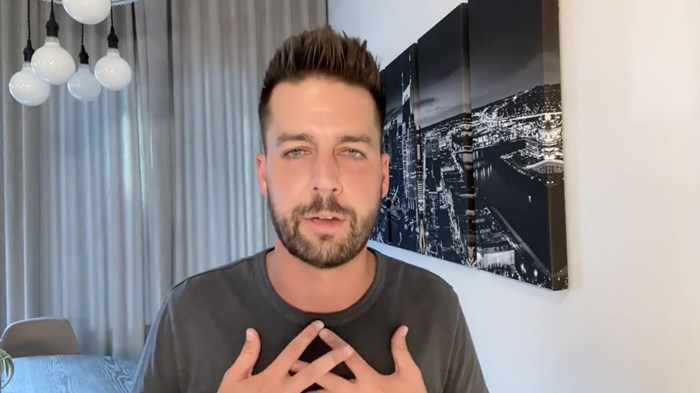 Christian comedian John Crist is back online thanking fans for their “undeserved” support as he sought treatment in the wake of a sexual harassment scandal.

Crist, who used to post daily videos and jokes to millions on social media, disappeared from the internet in November when a Charisma magazine investigation reported allegations of sexual misconduct toward young female fans.

The 36-year-old posted a video to Facebook on Wednesday saying he spent the past eight months “getting help” for his “problem,” including four months in a treatment facility, and that he plans to continue the recovery process. He did not name the facility or program through which he received treatment.

In a response to the Charisma investigation last year, he had admitted that he has struggled with “sexual sin and addiction.”

In the video, Crist did not specifically mention the nature of his misconduct or apologize to fans or victims, only saying he takes full responsibility for the choices he made.

“All my comedy videos were pointing out hypocrisy in some way ... and the most embarrassing part of this whole thing is the biggest hypocrite was me,” Crist said in the four-and-half-minute clip.

He admitted that he had to resist the urge to come online to rationalize his behavior or defend himself, and that he misses being able to make comedy videos.

While in treatment, Crist was entirely offline and away from his phone, but he said his sister would forward messages of support from fans.

“I assumed I lived in a community of people that would be the first to look down on me and judge me and point fingers at me, but I felt nothing but the opposite,” he told fans.

The video, titled “A message from me :)” went up Wednesday morning, days after Crist updated his Facebook profile picture for the first time since stepping away from social media last year. Within 15 minutes of the update, more than 1,000 fans had commented with their support and excitement over his potential return.

In addition to halting his social media clips, which often joke or satirize elements of Christian culture, the investigation led to the cancellation of his comedy tour, a Netflix special, and his first book.

According to Charisma’s reporting, he had been using his celebrity to manipulate young women to give him sexual favors, all the while repeating his signature joke line “Check Your Heart.”