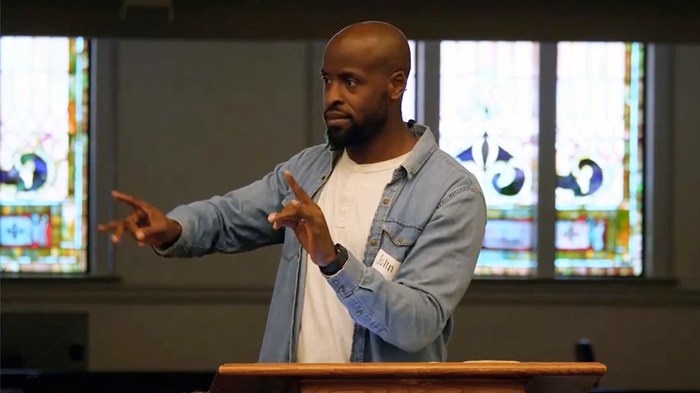 For years, John Onwuchekwa was a rising star in the Southern Baptist Convention.

He attended a Southern Baptist seminary, spoke at the convention’s national pastors conference, was befriended by SBC leaders, started a new SBC church in the west end of Atlanta, and helped recruit other black pastors to do likewise.

Onwuchekwa was part of the family and destined for great things.

Last week, concerned about support for President Donald Trump among Southern Baptists and a lack of urgency in dealing with racial inequality, the pastor and his congregation decided it was time to leave.

“The SBC liked me,” he wrote, in announcing his decision to leave. “But I feel like they’ve failed people like me.”

In recent years, evangelical groups have invested heavily in helping start congregations among communities of color, hoping to reach new people at a time when the United States is becoming more ethnically diverse. More than half of new congregations started by the SBC’s North American Mission Board are diverse, according to an agency spokesman.

But the nation’s current political climate and national divides on matters of race may make it difficult for pastors like Onwuchekwa to ever feel truly at home. Yet financial ties to their denominations make it complicated to leave.

Onwuchekwa, who grew up in Houston, the son of Nigerian immigrants, said the SBC tried to make him feel welcome. But from the beginning, he had concerns.

“We got on the bus with skepticism, nine years ago,” he said.

In 2015, with help from several other churches, including an SBC congregation, and $18,000 of his own money, Onwuchekwa founded Cornerstone Church, a church plant in a predominantly African American community on the west end of Atlanta. The church is in a part of Atlanta that has made national news recently involving the police shooting death of Rayshard Brooks.

From the beginning, the congregation hoped to meet the spiritual needs of the community but also physical, emotional, and mental needs.

“The church was started with three families who had a burden for the community, and now runs around 350 members before COVID-19 hit,” he said.

When Cornerstone ­­­­needed a building, the SBC helped the church get a loan. Last year, when the church wanted to renovate the building, it got a $175,000 grant from NAMB to assist with that. The grant was distributed through Blueprint Church, another local congregation that partnered with Cornerstone as a “sending church.” Blueprint’s pastor, Dhati Lewis, serves as one of the vice presidents at NAMB.

While things went well at Cornerstone Church, Onwuchekwa had concerns about what was happening in the broader denomination. When he brought up concerns about race or social justice, he said, they were downplayed.

“The roadblock for me was that the urgency that I had for issues, others in the group didn’t seem to have the same urgency,” he said.

Onwuchekwa also pointed to SBC leaders who had close ties to Trump, as well as a controversy over a resolution to denounce the alt-right at the SBC 2017 annual meeting. At first, the SBC committee in charge of resolutions decided not to put the resolution to a vote. A revised version of the resolution was later approved.

Onwuchekwa was also concerned when critics of the SBC’s Ethics and Religious Liberty Commission and its leader, Russell Moore, tried to defund the group.

More recently, Onwuchekwa, who is also a council member of The Gospel Coalition, an evangelical group with Calvinist leanings, found himself having to defend his congregation’s ties to the SBC. Eventually, he felt those ties began to interfere with Cornerstone’s ministry.

Mark DeYmaz, president of Mosaix, a network of multiethnic churches, said that as the United States becomes more diverse, so must congregations. That’s going to lead to challenges when people from different backgrounds are part of the same congregations.

Still, he said, churches have no choice but to become more diverse.

“An increasingly diverse, polarized, and cynical society no longer finds credible a message of God’s love for all people as preached from segregated pulpits and pews,” said DeYmaz.

Mike Ebert, a spokesman for NAMB, said the agency is committed to planting a diverse range of churches. “The diversity of our denomination means a diversity of perspectives, and for that, we are grateful,” he said. “We see the need for the SBC to become more diverse so we can continue to grow in areas in which we are still lacking.”

Kevin Ezell, president of the NAMB, expressed disappointment that Onwuchekwa and Cornerstone were leaving the denomination. Ezell said he loved them and would pray for them in the future. He said that there is a long history of ministry leaders working together for a time and then going their separate ways.

“The Apostle Paul and Mark did some great work together, but then they chose to part,” he said. “They both were still proclaiming the gospel and working to expand God’s kingdom, and that is what is happening here.”

Cornerstone’s departure may have financial complications. Ezell and Onwuchekwa have disagreed over whether Cornerstone should repay any of the grant it received for building renovations.

A few days after Onwuchekwa announced the church’s decision on Twitter, he and Ezell texted each other about the fallout from the announcement. That conversation led to Ezell bringing up the topic of money.

“The SBC has been very generous in their investment in Cornerstone and you,” Ezell told the pastor.

Ebert told Religion News Service that there was no written agreement saying Cornerstone would have to return grant funds if it left the SBC. But NAMB did expect that the church would remain part of the denomination.

“We wouldn’t invest in a church if we thought the commitment to the SBC was not there,” he said.

Onwuchekwa initially told Ezell that he was open to repaying part of the grant. He said that, however, without first talking with church members and getting their approval. The pastor also began to feel that his integrity was being questioned if the church didn’t return the funds.

“If I ever felt like anyone would feel betrayed or undermined by me speaking my mind and following my conscience I never would’ve taken a dime,” he said.

The pastor said he was also taken aback when Ezell suggested that he had a moral obligation to repay the grant. Onwuchekwa said the denomination itself, which was founded by slaveholders, has obligations of its own, especially when it comes to race. He pointed to a recent report from the Southern Baptist Theological Seminary that detailed the school’s founders’ ties to slavery and white supremacy and said the denomination has not done enough to reckon with the long-term consequences of that history.

“I think there’s a different conversation surrounding moral obligations that needs to be had by the SBC,” Onwuchekwa said.

In the end, he said, the church could not in good faith remain part of the SBC.