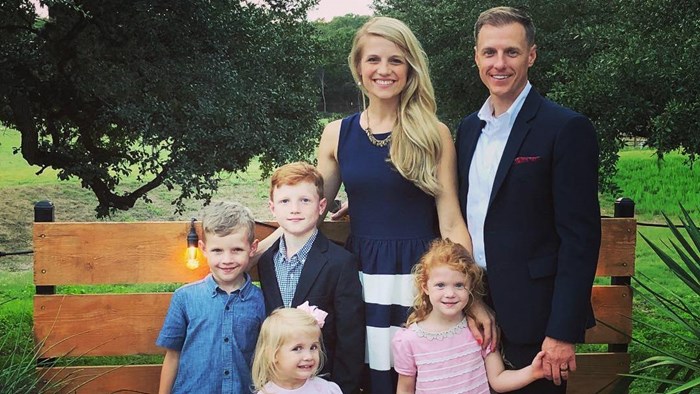 “I am shocked and shaken and grieving this morning, beyond what I can say,” Moore wrote on Twitter. “My former student John Powell was killed last night, hit by an eighteen wheeler while helping stranded motorists off of a highway.”

Nathan Lino, one of Powell's closest friends in the ministry and the pastor of Northeast Houston Baptist Church, which sponsors Powell's church plant, told Baptist Press that “planting a church is extraordinarily difficult, and so I got to see John under enormous stress and at all times he wanted to know and do the will of Christ. He loved the local church. As much as John loved to preach, and he did, he had an equal passion for the personal wellbeing of his people.”

Powell left behind his wife and four young children. He and his family had moved to New Caney, north of Houston, from Hamlin, Texas, in 2016. He had previously been director of admissions at Southern Seminary and discipleship pastor at Carlisle Avenue Baptist Church in Louisville, Kentucky, according to his ERLC bio.

On Sunday, news of his death was met with grieving and tributes on social media.

“It is impossible to imagine the heartbreak of this young family in the death of their husband & father & of this church in losing their pastor,” wrote Al Mohler, president of Southern Baptist Theological Seminary. “But John Powell loved Christ, preached Christ, trusted Christ. Our hearts break for them. This is why we sing that all we have is Christ.”

Author and pastor Dean Inserra described Powell as a humble pastor who did not seek the spotlight.

“He never cared about being known,” wrote Inserra. “Faithfully plowed daily as a family man and local church pastor. He did not sweat what many sweat.”

A GoFundMe site to raise funds for Powell’s family was set up by Andrew Walker, a professor at Southern.

“We are asking for friends and family to help care for the Powell family as they deal with unspeakable tragedy and grief,” the appeal reads. “As they have shown all of their family and friends love in times past, let us now, as the body of Christ, show them love and care.”

On Monday, Emmanuel released a statement, saying the work of the church goes on.

“This past weekend, our church experienced one of the greatest tragedies we can imagine,” the church said. “Pastor John Powell, in an act in the image of His sacrificial Savior, was killed in a traffic accident. While we deeply grieve this loss, we remember what he would want us to remember: that Christ is the head of this church, and the vision and passion that John instilled in us is still alive.”

The Houston Chronicle quoted from his final sermon: “How could we pray that God would have compassion on those that need it while not having compassion on them ourselves?” he had asked, 13 days before the highway accident. “It would be like praying for someone who got robbed and beaten and thrown into a ditch alive while we pass on our way to wherever we’re going.”