Trustees release a summary of findings from an internal investigation, while a pastor who oversaw the restoration process resigns.
Kate Shellnutt|June 26, 2020 04:52 PM 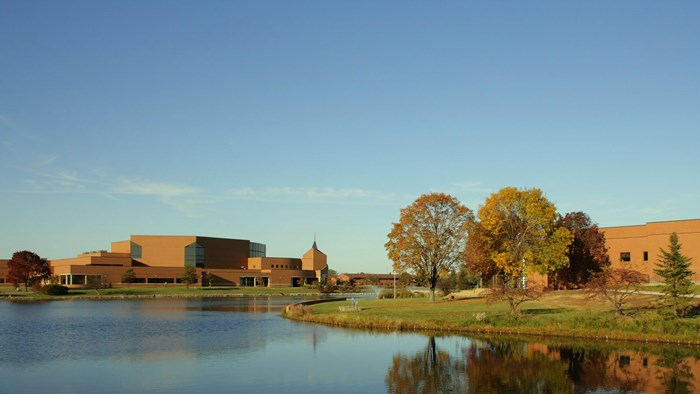 Cedarville University president Thomas White has been reinstated despite an internal investigation concluding that he kept the university from knowing the “specific nature” of a former professor’s abusive past.

Two members of the board of trustees have resigned in protest, saying the investigation’s findings were “extreme troubling.” Some of the Cedarville faculty say they have lost trust in the school’s leader.

White was put on leave May 1, a week after he fired Anthony Moore. Moore was three years into a five-year “restoration plan” as an employee at the Baptist school when White said he learned “additional information related to [his] past” and ended his employment at the university, where he had taught theology, helped coach basketball, and served as a special advisor on diversity.

While White knew about the behavior that cost Moore his previous job as pastor at The Village Church in Fort Worth, White said he didn’t realize the extent of the misconduct, that Moore had reportedly filmed a subordinate in the shower multiple times over months, not just one or two times. CT reported that Moore’s Cedarville colleagues, fellow professors and basketball coaches, said they were not informed that his sinful past involved abuse.

According to a statement released by Cedarville trustees Friday afternoon, an internal investigation by the legal firm Husch Blackwell LLP found no evidence of sexual misconduct by Moore while he was employed at Cedarville.

Cedarville board member Daniel Akin, also the president of Southeastern Baptist Theological Seminary, resigned over the report and the board’s decision to reinstate White. He said the restoration plan for Moore was “seriously flawed from the beginning and poorly implemented.”

“I believe the outside, independent investigation by the law firm of Husch Blackwell confirmed this. Their report was extremely troubling to me,” he wrote. “Nevertheless, the Board of Trustees voted on Tuesday, June 23, to reinstate Dr. White as president. Regretfully, this is a decision I could not support.”

Mark Vroegop, pastor of College Park Church in Indianapolis and a Cedarville alumnus, also resigned from the board.

“I’m thankful the Trustees took the appropriate steps of conducting a third-party investigation to examine the impact on students and the hiring process. I rejoice that no students were affected,” he wrote. “Today the Board of Trustees issued a statement outlining a summary of the findings and steps related to the reinstatement of Dr. Thomas White. Unfortunately, I could not support this direction. I do not believe these steps are sufficient in light of what the report revealed.”

White “clearly lied and misled and withheld information that was damaging to our reputation, and he put our students at risk,” one faculty member told CT, under the condition of anonymity. “He has continued to deflect and try to put a positive spin on it, instead of owning that he had sufficient information about Moore and shouldn’t have be so coy and misleading about Moore’s sins.”

The local pastor who oversaw Moore’s restoration resigned from his position last week. According to White, Moore became a member of the Grace Baptist Church in Cedarville and met weekly with pastor Craig Miller for accountability as a condition of his restoration plan at the university.

An inquiry by the church elders concluded Miller “was apprised of and had access to the relevant information sufficient to understand the gravity of the situation” and “did not communicate specifics of the situation or discuss his plan of action with any staff or elders,” according to an email sent to the congregation.

“We found that Craig’s actions reflected some errors in judgment, demonstrating a disproportionate focus on care for one member over shepherding and protecting the entire flock,” the elders wrote. “Craig’s decisions and his working independently diminished confidence in Craig’s ability to lead a unified congregation at this time.”

Two months ago, White detailed the process for hiring Moore on his blog and said, “I sincerely regret that this attempt at restoration will now result in personal pain for many.”

White took a six-week break from social media ending in mid-June. Since then, he has been tweeting reflections on the book of Philippians, Cedarville updates, and some posts from family vacation. He will be required to complete victim prevention and victim advocacy training.

He has yet to post on social media about the news of his return.