Can Churches Reopen Like Businesses? In Minnesota, Yes. In Nevada, No. 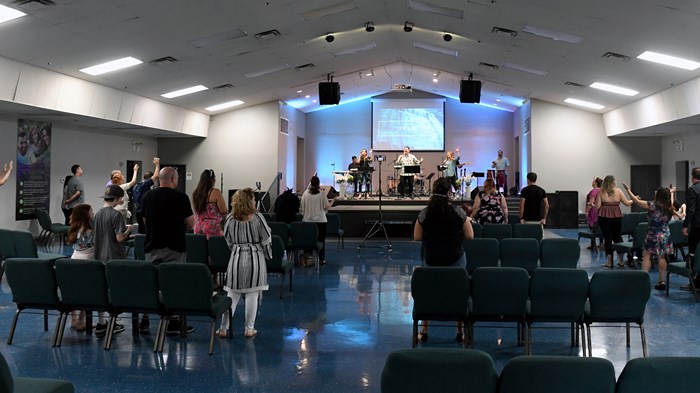 In Minnesota, all it took was a letter to get the governor’s attention. In Nevada, it might take a lawsuit.

Nevada Gov. Steve Sisolak issued an executive order allowing restaurants, pools, fitness centers, and cannabis dispensaries to open at half capacity. But worship services were capped at 50 people, regardless of the size of the building. Alliance Defending Freedom (ADF) is going to court to argue that houses of worship can’t be treated differently under the law.

Minnesota Gov. Tim Walz issued a similar order with varying rules for churches and for-profit businesses, but when he was contacted by the Becket Fund for Religious Liberty, Walz made adjustments. Worship services can now open up to 25 percent capacity in Minnesota.

“Churches were happy to work with the governor to come to that solution,” said Diana Verm, senior counsel for Becket. “They didn’t want to litigate or buck the system. They wanted to open safely, cooperatively, and responsibly.”

In Nevada, things have gone another direction, according to Ryan Tucker, ADF senior counsel and director of the Center for Christian Ministries.

“There was a collection of churches that reached out via letter to the governor, and those attempts proved futile,” Tucker said. ADF has filed a suit against the state on behalf of Calvary Chapel Dayton Valley in Dayton, Nevada, outside of Carson City.

Tucker and Verm both said their clients don’t want to jeopardize the health of church members or the broader community. But when they see other establishments treated with less scrutiny than religious institutions, it is a clear violation of the First Amendment protections.

As governors develop and implement plans to end the COVID-19 shutdowns, the relationship between churches and states is proving to be a bit bumpy in some places. Christian leaders are considered part of the process in some places. But in other parts of the country, they’re struggling for a voice in the conversations. Some have decided they need to go to court to be heard.

A case in California went quickly to the Supreme Court. The court ruled against South Bay United Pentecostal Church, in the San Diego area, in a 5-4 decision. Chief Justice John Roberts said the state’s restrictions on worship in a pandemic “appear consistent” with the First Amendment, and were not notably different from rules for sporting event, theatrical performance, concert or other events “where large groups of people gather in close proximity for extended periods of time.”

In his dissent, Justice Brett Kavanaugh objected that the restrictions were discriminatory. “Assuming all of the same precautions are taken, why can someone safely walk down a grocery store aisle but not a pew? And why can someone safely interact with a brave deliverywoman but not with a stoic minister?” he wrote.

Such comparisons may not be as helpful as they seem, according to John Inazu, a law professor at Washington University in St. Louis. The tension between religious freedom and public health requires charity and nuance.

“We need to prioritize the importance of careful analogies in all of these contexts, to what else is an essential activity and what else is socially distanced. The care of these analogies matters,” Inazu said.

Though the Supreme Court ruling decides the matter for California, the narrow ruling on an emergency request for extraordinary relief won’t provide a lot of clarity for the other states. More conflicts over religious liberty are likely, especially when churches aren’t made part of the process in plans for reopening. In addition to the Nevada suit, ADF is battling the governors of Oregon and Washington, alleging their executive orders unfairly restrict religious activity.

Washington Gov. Jay Inslee’s executive order threatens churches with criminal and civil penalties for meeting and institutes restrictions far more severe than those imposed on cannabis retailers and breweries, according to ADF. Where some businesses are allowed to open up to 50 percent capacity, churches aren’t allowed to be at more than 25 percent capacity. The organization is suing on behalf of Christ’s Church in Spokane County, Washington, which does not have equipment for recording or live-streaming services.

Oregon’s reopening plan also includes harsh punishments for too many people in the pews. Gov. Katherine Brown’s executive order warns that Oregonians can be jailed up to 30 days and fined $1,250 for attending a worship service with more than 25 people. Tucker is accusing the state of a clear double standard.

“In Oregon, you can go to a restaurant with well over 25 people in a room and sit there for 90 minutes. But if you go to church with 26 people you could go to prison,” he said.

Some governors have collaborated with churches and local religious leaders to come up with acceptable rules for religious meetings in the transitionary periods. Illinois Governor J.B. Pritzker, for example, removed the limits on the number of people who can attend in-person religious services when he signed an updated statewide stay-at-home order on May 29.

Pritzker said the updated order was possible because his administration “received many plans and ideas from responsible faith leaders” on how to safely lift gathering limits.

Russell Moore, president of the Ethics and Religious Liberty Commission of the Southern Baptist Convention, told CT’s “Quick to Listen” podcast that he recommends church leaders contact their local city officials and health departments to offer feedback on reopening guidelines. Often government officials have not properly investigated the impact their guidelines will have on churches, he said, and a phone call is all it takes to lift overly-burdensome restrictions.

“But in some cases, it's going to take going to court,” Moore said. “We probably will have that. But we have to make sure on both ends that we're rightly understanding what's going on. So a government shouldn't say its insurrection against the State for congregations to seek ways they can meet in proper, socially-distant ways. And just because a state having restrictions on gatherings to flatten the curve is not a state that's necessarily trying to crack down on worship.”

The lawyers who are defending churches’ right to reopen do not agree with each other on whether these cases will have a long-term impact on religious liberty in America. Verm thinks the “specific nature of the government interest in this public health crisis” will be seen as so different from other, future circumstances, that decisions in these cases won’t set a significant precedent. Tucker thinks one of the lawsuits could go to the Supreme Court and a ruling from the country’s top court can always create a lasting rule.

And it might be the acts of mercy and generosity exhibited by individual churches, rather than legal cases, that define church’s place in its community during the pandemic.

“I think churches will rise to the occasion of responding in crisis, finding ways to love their neighbors well, whether that means meeting only online for a time or reopening in accordance with the best safety protocols,” Inazu said.

Can Churches Reopen Like Businesses? In Minnesota, Yes. In Nevada, No.