An Episcopalian law student on the team behind the Supreme Court victory and a Southern Baptist pastor are among the Dreamers celebrating Thursday’s decision.
Bekah McNeel|June 19, 2020 01:56 PM 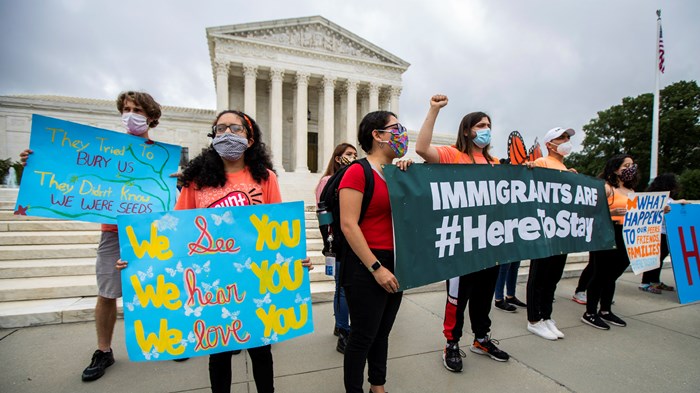 Among the thousands of immigrant Christians, church leaders, and advocates praying for a victory in this week’s US Supreme Court decision on the Deferred Action for Childhood Arrivals policy (DACA), one was an Episcopal priest on the team who worked on the case.

Armando Ghinaglia is himself a DACA recipient, a native of Venezuela who was raised in Texas. A curate at Christ Church New Haven and a law student at Yale, Ghinaglia worked for the Connecticut legal clinic that argued against the Trump administration’s rationale for rescinding DACA in 2017.

The Supreme Court ruled in its favor on Thursday.

The crux of the team’s argument, Ghinaglia said, was how little effort appeared to have gone into the decision to end a program that would devastate so many. Under DACA, young people who were brought into the country before age 16 can apply to stay and work in the US legally as long as they are currently working, honorably discharged from the military, or in school. To qualify, ...