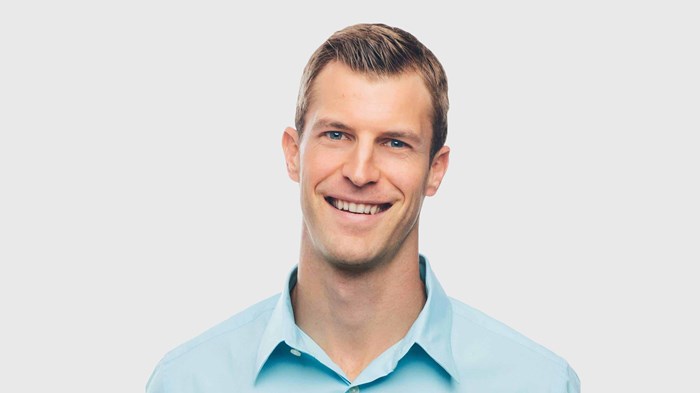 The founders of Q have hosted talks promoting what experts say are unfounded claims that alternative health methods such as practicing gratitude and consuming essential oils can combat or even prevent contracting the novel coronavirus, sparking pushback from at least one ally of the group.

The talks took place on platforms affiliated with Gabe Lyons and his wife, Rebekah, both of whom are influential evangelical Christian authors and speakers. The two founded Q, which is described on its website as “a learning community that mobilizes Christians to advance the common good in society.” The organization hosts an annual conference that resembles TED Talks and features prominent Christian speakers, as well as business leaders, politicians and entertainers. Videos of the talks and affiliated podcasts are distributed via apps to digital devices such as Apple TV.

Lyons recently hosted two coronavirus-themed conversations with Joshua Axe, who is listed as a chiropractor and nutritionist on his website, which sells a wide variety of alternative health supplements such as essential oils. The website does not describe Axe as an expert on epidemiology, but it does boast that his company, Axe Wellness, has won accolades in Tennessee. The nature of his practice is unclear: the state’s Department of Health lists his chiropractic license as expired as of 2013.

The first conversation occurred on a February 28 episode of the “Rhythms for Life” podcast, a reference to Rebekah Lyons’s book Rhythms of Renewal, which is described as outlining methods to “overcome anxiety with daily habits that strengthen you mentally and physically.”

In the podcast conversation with Gabe Lyons, Axe downplayed the threat of the novel coronavirus by claiming “we’ve actually had worse threats in the past;” suggested the pharmaceutical industry and “the media” benefit from “driving fear” around the pandemic; and claimed he has “complete confidence” that he could either avoid infection from the coronavirus or defeat it in a few days by boosting his immune system through alternative methods such as ingesting ginger tea and oregano oil.

“I’m in complete confidence that if I’m exposed to the coronavirus that either I won’t get it, or if I do get it, that, hey, it will be a few days and I’ll be fine afterwards,” he said. “Because when your immune system is strong—God designed our bodies to fight viruses. And that’s the thing: For me, it’s an attitude and mentality of faith over fear.”

Axe did not discuss vaccines other than to argue that pharmaceutical companies “are developing a vaccine around” the pandemic and that there is “a big industry there.”

At no point did Gabe Lyons challenge Axe’s claims, which appear to be directly refuted by a statement published on the website of the National Center for Complementary and Integrative Health, operating underneath the National Institutes of Health. (It was to this statement that the NIH directed an inquiry from Religion News Service when asked to comment on the contents of Axe’s talks.)

“The media has reported that some people are seeking ‘alternative’ remedies to prevent or to treat COVID-19,” the statement reads. “Some of these purported remedies include herbal therapies, teas, essential oils, tinctures, and silver products such as colloidal silver. There is no scientific evidence that any of these alternative remedies can prevent or cure the illness caused by COVID-19.”

Rebekah Lyons posted about Axe on Instagram shortly after his appearance on the podcast, saying “Who do you call to get insight on boosting immunity in light of the Coronavirus? (Axe) of course!”

Gabe Lyons hosted Axe again during the Q 2020 Virtual Summit that took place April 22-23, featuring speakers such as conservative commentator Eric Metaxas, theologian Tim Keller, and hip-hop artist Lecrae. Axe was originally listed in a session titled “Fighting Pandemics” but, according to correspondence acquired by RNS, appears to have changed the segment to “Building Immunity” after encountering pushback from independent researcher Jake Dockter.

Neither Gabe Lyons nor Axe returned RNS requests for comment or to verify the exchange.

Axe’s presentation at the conference occurred immediately after a short question-and-answer session between Gabe Lyons and a physician on the topic of the coronavirus. Q 2020 featured multiple segments that appeared to follow a similar setup: two differing or opposing perspectives on one topic—such as a later debate between Metaxas and columnist David French on whether Christians should vote for Donald Trump.

After the Q&A with the physician, Lyons introduced Axe by asking, “Is all our confidence going to be in future medicine or vaccines, or is there anything we can be doing as people—is there any way in which we can live, and the way God has designed us—to fight off viruses?”

Axe then launched into an 18-minute talk in which he promoted “herbal and natural forms of medicine,” argued that positive emotions are crucial to health, suggested “the media” has caused more disease than helped people by promoting “fear” during the pandemic and declared “the ultimate way to protect yourself and your family during any health crisis is to put your faith in God and follow the health principles laid out in the Bible.”

Axe also criticized White House coronavirus response coordinator Anthony Fauci by putting up a slide in which he quotes the doctor as saying “our Ultimate Hope is a vaccine.”

“A vaccine—again, that’s not the ultimate solution,” Axe said. “The ultimate solution is God, and also, secondarily, supporting this body God has given us, strengthening our immune system so we can fight off not only this virus, but every virus we’re exposed to in the future.”

The precise origin of the Fauci quote is unclear. While the White House adviser has said similar things in the past, there is no indication he capitalizes “ultimate hope” or that the phrase is meant to be a religious reference.

The segment triggered minor backlash from some viewers on Twitter and from Tearfund, an evangelical Christian relief and development agency based in the United Kingdom. A vice president of Tearfund USA, the group’s US-based arm, spoke at a previous Q gathering and was listed as one of the 2020 speakers as well.

“The Q Ideas forum brings together many perspectives, which we value,” read a tweet from the group. “But in this case we were extremely disappointed. As soon as the talks streamed we immediately raised our concerns with them. We hope they’ll exercise better judgment in the future.”

[Editor’s note from CT: A Q&A on the Q site includes the caveat that participants may encounter perspectives they disagree with. “At Q, we pride ourselves on providing Christian leaders with a wide range of viewpoints on every issue we cover, so that you can be sure you’re getting a full perspective. This means you might not agree with every talk or speaker you see on Q Media, but that’s the point—we want to help you see the complexity of each issue so that, whatever your viewpoint, you can engage this cultural moment well.”]

According to Gabe Lyons’s exchange with Dockter, the head of the National Institutes of Health, Dr. Francis Collins, was also reportedly invited to address the Q conference. But Dockter told RNS that he contacted Collins to raise questions about Axe’s appearance on the same program. According to correspondence obtained by RNS, Collins responded: “Many thanks for providing this information, which certainly gives me pause.”

Collins did not speak at the Q 2020 conference; his office did not respond to requests from RNS to verify the authenticity of the emails or the invitation to speak.