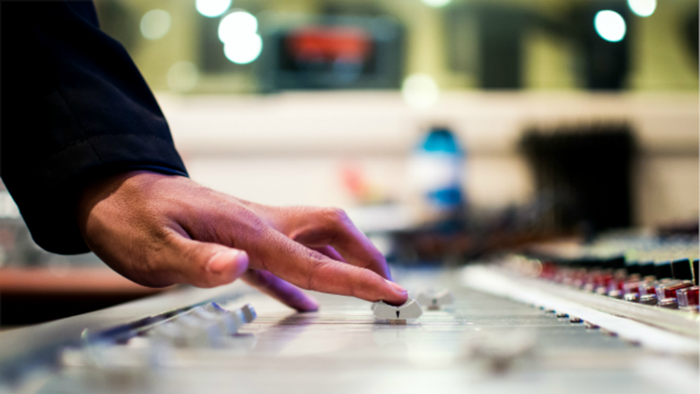 The largest Christian radio company in the United States suffered a major financial blow as ongoing industry challenges collided with the economic impact of COVID-19.

Salem Media Group reaches an estimated 298 million weekly listeners on 3,100 stations branded as The Fish, The Answer, Faith Talk, and more. The megabroadcaster rose to dominance with a revenue model that protected it from some of the ad volatility suffered by its secular counterparts, but that hasn’t been enough in this recent downturn.

Salem’s share price has dropped from a high of about $30 in 2004 to about $6 in 2018 and to 80 cents on Monday. The company’s investment value has been downgraded to “poor quality” and “high risk” by Moody’s, a top credit ratings agency.

On Tuesday the board of directors announced that it would temporarily suspend quarterly payments of dividends to shareholders. The top executives’ salaries were cut by 10 percent.

Financial analyst Michael Kupinski, who specializes in media and entertainment companies, wrote that he expects Salem to “weather the storm,” but not without taking drastic measures. According to Kupinski, that could include “asset sales and aggressive cost cutting,” such as selling off some of the 100 stations owned by Salem or laying off some of its more than 1,400 employees.

Salem did not respond to Christianity Today’s requests for comment. In its most recent financial filing, vice president and chief financial officer Evan Masyr wrote that “it is impossible to predict the total impact that the pandemic will have on our business.”

The business of ‘block programming’

Christian radio has long been seen as more financially stable because of its intimate relationship with listeners and a business model pioneered by Salem to sell airtime to churches and ministries to broadcast their own recordings.

Traditional radio stations make about 95 percent of their income from advertising. Christian radio companies sell spots to advertisers, but also make money from selling “block programming” to preachers who want reliable access to the airwaves.

But with the economic impact of the pandemic, the company saw declines in both advertising and block programming sales. Experts expect a 40-percent decline in radio ad revenue and a drop in charitable giving that puts pressure on churches and ministries to cut back on their spending.

Salem notified shareholders that COVID-19 was going to impact profits at the end of March.

Though revenue is down, the size of the audience has grown since the start of the pandemic. More than a quarter of Americans say they are listening to more radio because of COVID-19, according to market research from the Nielsen Corporation. In the same survey, 60 percent said they trusted radio to give them reliable information and connect them to their communities.

That’s especially true for Christian outlets, according to Jennifer Epperson, a member of the National Religious Broadcasters board of directors and chair of its radio committee.

“People need facts, but they can get fact fatigue, so they want comfort,” said Epperson, a 30-year veteran in the industry. “With the Christian radio station, you can do both.”

Salem was founded by Edward Atsinger III and Stuart Epperson (distantly and indirectly related to Jennifer Epperson). The two met at Bob Jones University and then moved to California and bought a radio station in Oxnard. The station gave them access to the Los Angeles market, the second-largest radio audience in the country.

According to a Forbes profile, Atsinger and Epperson realized that with a market that big, they wouldn’t have to pay preachers to record programs they could broadcast. Preachers would pay for access to their giant pulpit. And they could continue to produce their own programs and sell advertising too.

Salem’s reach became clear in 1988, when one LA station started calling for a protest of Martin Scorsese’s new movie, The Last Temptation of Christ, which many conservative Christians found offensive. So many people showed up at the entrance of MCA Universal Studios that the protest shut down the highway.

By the early 2000s, Salem stations reached an audience of about 100 million listeners, and they were major players in the largest markets across the country, giving Christian preachers access to loyal listeners in major metro areas. The company went public and expanded into conservative talk radio.

Salem dominated Christian radio and set industry standards. Other Christians in the industry sometimes complained about Salem’s emphasis on business and accused the company of treating nonprofit radio ministries and smaller Christian companies as rivals rather than co-laborers for the gospel. Some Christians leaders also complained about Salem’s outsized influence on evangelicals—criticizing the company for promoting right-wing politics, contemporary worship music, and self-help theology.

The company’s share price peaked in 2004 and has been on a downward trajectory since then as the media market has evolved and radio has had to compete with podcasts, streaming music, and other new media. Salem has diversified, expanding into online content and publishing, and found ways to cut costs. In 2019, Salem brought in $265 million. The company entered 2020 expecting a slight decrease in revenue, before the market was disrupted by the pandemic.

Despite the recent downturn, the founders of Salem are investing more in the company. Financial records show that since the beginning of March, Atsinger has acquired more than 170,000 additional shares of Salem stock, and Stuart Epperson more than 300,000.

Jennifer Epperson said there is reason to be optimistic about the future of Christian radio, despite the current crisis.

“I don’t think radio is going away anytime soon,” she said. “Radio is an intensely personal medium. You can hear someone breathing with that microphone. And someone that close—that’s a friend. … As a radio host you welcome people with your tone and walk along with your listener as a friend, even through disaster and COVID. You really do life together, and that’s the beauty of radio.”