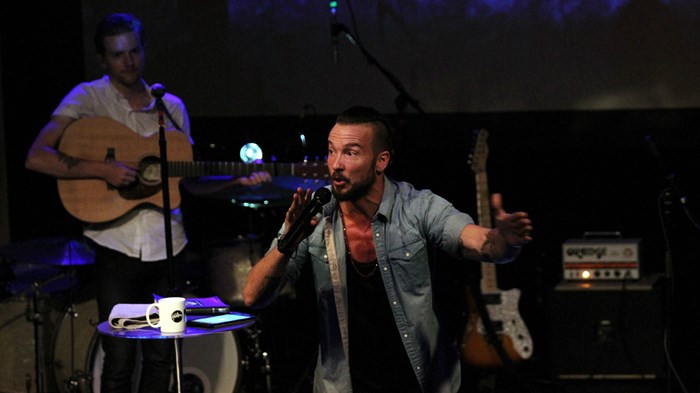 Update (November 12): Brian Houston, global senior pastor of the international Hillsong Church, announced Thursday that an independent investigator will review the “inner workings” of Hillsong’s New York City branch after the firing of its lead pastor, Carl Lentz, last week. “We need a solid foundation for a fresh start and new beginning,” Houston said in a tweet, adding, “The best is yet to come.”

Original post (November 5): In an Instagram post on Thursday, Carl Lentz, the lead pastor of Hillsong NYC, admitted to an extra-marital affair, ending a day of speculation as to why he had been fired from Hillsong.

On Wednesday, Hillsong founding pastor Brian Houston notified staff and members of Hillsong East Coast by email that Carl Lentz had been terminated as lead pastor for the megachurch’s New York City location.

The email, which was obtained by Religion News Service, cited the reason for termination as “leadership issues and breaches of trust, plus a recent revelation of moral failures,” but did not reveal any details beyond that, saying to do so “would not be appropriate.”

“I know this will come as a shock to you, but please know that this action was not taken lightly and was done in the best interests of everyone, including Pastor Carl,” Houston wrote.

In his Instagram post, Lentz admitted to being “unfaithful in my marriage, the most important relationship in my life.”

“This failure is on me, and me alone and I take full responsibility for my actions,” according to the post.

In a statement Houston posted on the church site later in the evening on Wednesday, he repeated much of his initial email but added praise for Lentz’s work at Hillsong and said he was grateful for the years of service Lentz and his wife gave to Hillsong NYC.

“They have a heart for people and we are confident that after a time of rest and restoration, God will use Carl in another way outside of Hillsong church. In terminating his tenure, we in no way want to diminish the good work he did here,” the statement said.

Houston also assured readers that ministry would “proceed as usual,” and the leadership team was “praying that God would bring about an exciting new season for our church and this region.”

Lentz, 41, was one of a number of pastors GQ Magazine has described as “hypepriests” who lead churches frequented by celebrities. Friends and congregants include Justin Bieber and his wife, Hailey Baldwin Bieber, as well as the Jenner sisters.

Lentz, along with Houston’s son Joel, began Hillsong NYC, the first Hillsong East Coast church, in 2010. The church, part of the global network of Hillsong churches, quickly drew attention for the long lines waiting to be “let in” on Sunday mornings—and for the demographic waiting in those lines.

The worshippers who flocked there were—like their lead pastor—young, hip and dressed looking more like they were headed to a rock concert than to Sunday morning church. Indeed, their venue, Irving Plaza in the Gramercy neighborhood of Manhattan, was a church by day and concert hall by night.

Lentz, relatively unknown before taking the helm of Hillsong NYC, became a darling of major media outlets for his hipster dress, his tattoo-covered arms and his celebrity congregants, including Justin Bieber, who according to GQ was baptized by the pastor in the bathtub of Tyson Chandler, a New York Knicks player at the time.

Lentz was raised in Virginia and played basketball at North Carolina State, where he told the New York Post he was “doing my own thing, being my own god.” He moved to Los Angeles to attend King’s College and Seminary, then headed to Australia to join Hillsong’s training program, Hillsong College, where he met his wife, Laura.

He worked in youth ministry in Virginia Beach before moving to Brooklyn’s trendy Williamsburg neighborhood to launch Hillsong’s first US location, according to media reports.

“While I have no doubt in my heart that this is the right course of action, I must mention Bobbie’s and my personal sadness, as we have known Laura her entire life and Carl for well over 20 years,” Houston wrote in his letter.

Pastors Brian and Bobbie Houston founded the original Hillsong Church in 1983 in the suburbs of Sydney, Australia. It now has locations in 28 countries around the world and, pre-pandemic, saw an average 150,000 attenders each week, according to its website.

Hillsong is also known for its popular worship music and conferences.

Neither Hillsong nor Carl Lentz immediately responded to requests for comment.